Over the past week, several prominent public figures, including federal members of parliament, have called on the Australian government to fulfil its obligations to defend WikiLeaks’ publisher Julian Assange, including by taking steps to prevent his extradition from Britain to the US.

The statements come in the lead-up to British extradition hearings in February, that will decide whether Assange is dispatched to the US. He faces a maximum sentence of 175 years in an American prison for exposing US war crimes and diplomatic intrigues. 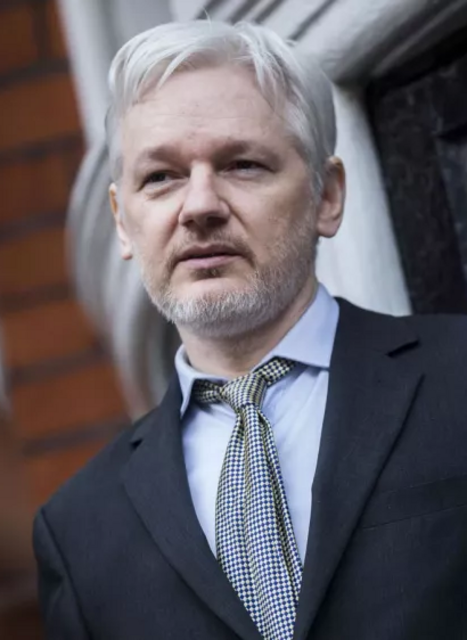 There are concerns within the Australian political and media establishment that the refusal of successive governments to defend Assange, an Australian citizen and journalist, has generated widespread anger and opposition. The fear in ruling circles is that if Assange is extradited, or if his parlous health continues to deteriorate, the latent support for him will coalesce into a political movement against the entire official set-up.

In a statement to the House of Representatives on Wednesday, independent MP Andrew Wilkie declared that Assange is “an Australian citizen and must be treated like any other Australian. He was not in the US when he provided evidence of US war crimes in Iraq. He can’t possibly have broken their laws.”

Wilkie said that if Assange is extradited to the US, he “faces serious human rights violations including exposure to torture and a dodgy trial. And this has serious implications for freedom of speech and freedom of the press here in Australia, because if we allow a foreign country to charge an Australian citizen for revealing war crimes, then no Australian journalist or publisher can ever be confident that the same thing won’t happen to them.”

He concluded by stating: “Put simply, he must be allowed to return to Australia.”

Wilkie, a former intelligence agent who resigned to speak out against “weapons of mass destruction” lies used to justify the illegal 2003 invasion of Iraq, has previously condemned the assault on democratic rights. In 2010 and 2011, he made statements and spoke at public events in defence of Assange. Alongside the Greens and a host of civil liberties organisations, however, Wilkie has largely remained silent about the WikiLeaks founder’s plight for a number of years and has boycotted all actions taken in his defence.

According to some media reports, the independent MP is now seeking to put together a cross-party parliamentary committee to call upon the government to oppose the persecution of Assange.

Wilkie’s statements followed comments at the beginning of the week by Nationals’ MP and former deputy prime minister Barnaby Joyce, who warned against the far-reaching implications of the US attempt to prosecute Assange, an Australian citizen, under domestic American law, for publishing activities carried out in Europe.

Joyce is a right-wing figure who has played a leading role in governments that have participated in predatory US-led wars in the Middle East and eroded democratic rights in Australia.

Significantly, however, he was among the first MPs to call on the former Coalition government of John Howard to take action for the release of Australian citizen David Hicks from the US military prison in Guantanamo Bay. Hicks’ brutal treatment had provoked widespread outrage, and a campaign for his freedom was winning growing support.

Joyce, a populist who has sought to build a base of support in rural areas, was well aware of the sentiments in favour of Hicks among workers in regional centres and country towns. He played a role in the sordid agreement brokered by Howard, which saw Hicks returned to Australia in 2007. Hicks was forced to serve out a bogus prison sentence in Australia and was banned for a year from speaking to the media.

In comments to the media on Monday, former Labor foreign minister Bob Carr hinted at the concerns animating the comments in defence of Assange by such figures from within the political establishment.

Carr told the Sydney Morning Herald that ordinary people would be “deeply uneasy” about the prospect of an Australian citizen being handed over to the “living hell of a lifetime sentence in an American penitentiary.” He criticised current Foreign Minister Marise Payne over her claim that she made “friendly” representations on behalf of Assange to US Secretary of State Mike Pompeo. Pompeo has denounced Assange as a “demon” who is not entitled to any democratic rights and labelled WikiLeaks as a “non-state hostile intelligence service.”

Carr stated: “I think the issue will gather pace, and in the ultimate trial there will be a high level of Australian public concern, among conservative voters as much as any others.”

In his strongest comments in defence of Assange yet, Carr declared: “We have an absolute right to know about American war crimes in a conflict that the Australian government of the day strongly supported. We wouldn’t know about them except for Assange.”

Carr is no political innocent. During his decades in the Labor Party, he functioned as a secret informant for the US embassy, beginning in the 1970s. He was a leading minister in the Gillard Labor government which refused to defend the WikiLeaks founder and instead pledged to assist the US campaign against him.

That Carr has spoken out now is a measure of the fears within the ruling elite that the defence of Assange will animate millions of workers, students and young people in the coming period.

In keeping with the central role of Labor in the US-led pursuit of Assange, no prominent current figure in the party has joined the calls for him to be defended. When the WikiLeaks’ founder was illegally expelled from the Ecuadorian embassy and arrested by the British police in April, Labor MP Tanya Plibersek shared a Tweet denouncing his supporters as “cultists.”

Julian Hill, a little-known federal backbencher representing a working-class electorate in outer Melbourne, is the only Labor MP to have spoken out. He told the Guardian on Thursday that Assange is “an Australian and, at the very least, we must be vigorously consistent in opposing extradition to countries where he might face the death penalty.”

Prime Minister Scott Morrison responded this week by blandly declaring that Assange must “face the music” in the US. Senior government ministers have previously maligned Assange, repeating the lies concocted by the US intelligence agencies to discredit him.

Liberal Senator James Paterson attempted to provide a more sophisticated argument for the government’s refusal to defend Assange, telling the Sydney Morning Herald last week that both Britain and the US were “rule-of-law countries.”

Paterson piously stated: “This is not the case in many other countries in the world. Sadly, we know there are Australian citizens detained right now in China and Iran who are not facing free and fair legal systems ... and the Australian government does have a greater obligation to assist those citizens.”

The suggestion that the Australian government has a responsibility to defend its citizens in some jurisdictions, but not in others, is a legal fiction that has no basis in Australian or international legislation.

Paterson’s statements, moreover, fly in the face of repeated warnings by United Nations officials and human rights organisations that Assange’s legal and democratic rights have been trampled upon by the British and US authorities.

Paterson’s comments point to the real reason why successive Australian governments, Labor and Liberal-National alike, have joined the US-led vendetta against Assange. Their participation in the attacks against him has gone hand in hand with unconditional backing for the US alliance and support for Washington’s military build-up in the Asia-Pacific region, in preparation for war against China.

The record demonstrates that no faith can be placed in any section of the political or media establishment to defend Assange or any democratic rights. All the official parties and institutions in Australia are implicated in the persecution of the WikiLeaks founder. They will take action only to the extent that they fear the political consequences if they do not.

Workers, students and young people must be mobilised as part of an international movement demanding the immediate freedom of Assange and all class war prisoners. This is the only way that an Australian government will be forced to uphold its responsibility to prevent Assange’s extradition to the US and allow him to unconditionally return to Australia.