Parasite: An unusual director with his antenna attuned to social class

The Lighthouse: A gothic horror film

Parasite is a dark comedy directed by South Korean filmmaker Bong Joon-ho and co-written by Bong and Han Jin-won. Bong has emerged over the past decade as a globally significant filmmaker. 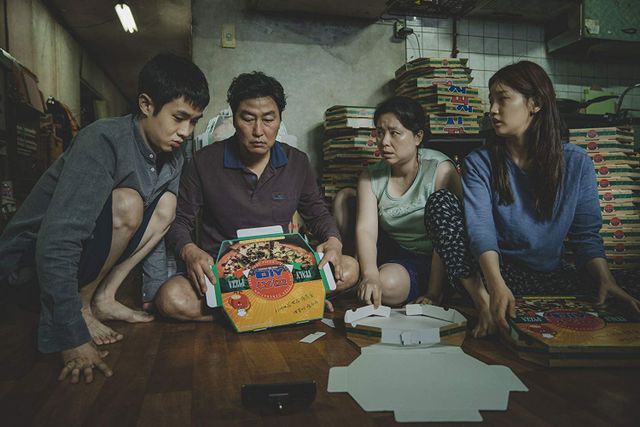 Bong’s new film, set in an unnamed South Korean city, concerns itself with income inequality and its implications. It is a burning issue in that country.

In Parasite, Kim Ki-taek (Song Kang-ho) lives with his wife Chung-sook (Jang Hye-jin), son Ki-woo (Choi Woo-shik) and daughter Ki-jeong (Park So-dam) in a squalid, bug-infested, basement apartment. All are essentially unemployed, scraping by on unstable gig-economy work and using free Wi-Fi from nearby businesses. The impoverished quartet celebrate when the spray of an industrial fumigator blankets the neighborhood.

Their fortunes change when Ki-woo is recommended to wealthy Park Dong-ik (Lee Sun-kyun), an arrogant CEO of an IT firm, and his family. Ki-woo, who lies about his credentials, is engaged as a tutor for the Parks’ teenage daughter. Then his sister Ki-jeong becomes the highly paid, but again falsely credentialed, art therapist for the wealthy family’s young son.

A nasty trick lands father Ki-taek a job as the Parks’ chauffeur and the easily manipulated Choi Yeon-gyo (Cho Yeo-jeong), Park’s wife, a naïve and pampered woman, is coerced into hiring Kim Chung-sook as a replacement for long-time housekeeper Gook Moon-gwang (Lee Jung-eun). As it turns out, the latter has her own secrets from the Parks. For years, she has been hiding her husband, an escapee from creditors, in a secret bunker in the Parks’ sub-basement.

The four members of the poor Kim family are now well situated in the Park household and dream about pooling their wages and leaving the slums. And when the Parks go on vacation, the Kims help themselves to the mansion’s luxuries. “Money is an iron. It smoothes out all the creases,” says Chung-sook. But the inevitable encounter between the two families at opposite ends of the economic pole ends in mayhem.

Parasite is a thought-provoking, remarkable film that places class at its center and pays attention to the real world of inequality, with all its humiliations, envy and outrage. The outstanding ensemble cast skillfully handles the complicated, quirky and somewhat convoluted narrative with passion and commitment. Their comedic, off-beat performances unearth bitter truths. Director Bong has created the two worlds with insight, both existentially and psychologically, conditions in which, for example, the rich are sensitive to—and offended by—the odor of the disenfranchised. From his chauffeured Mercedes, Mr. Park sneers, “People who ride the subway have a special smell.”

Bong is an unusual director. It is worth citing some of his comments.

In regard to the Kim family’s moral shortcomings, the filmmaker points out in the movie’s production notes that in the midst of “this sad world … who can point their finger at a struggling family, locked in a fight for survival, and call them parasites?” They have been “pushed to the edge of a precipice … all leading to a violent tangle” in an “unstoppably fierce tragicomedy.”

Bong is as good as his word in representing this “struggling family ... locked in a fight for survival.” More than that, he is examining and measuring the relations between rich and poor, human beings with drastically different means and resources obliged to co-exist on the same planet and share the same general physical space. (Of course, in reality, as the director points out below, the wealthy do everything to distance themselves from the population at large with walls, gates, barriers, security systems, barbed wire, guards, doormen, dogs and so forth.)

“We are living in an era when capitalism is the reigning order, and we have no other alternative,” comments Bong. “It’s not just in Korea, but the entire world faces a situation where the tenets of capitalism cannot be ignored. In the real world, the paths of families like our four unemployed protagonists and the Park family are unlikely ever to cross. The only instance is in matters of employment between classes, as when someone is hired as a tutor or a domestic worker. In such cases there are moments when the two classes come into close enough proximity to feel each other’s breath,” and are “pulled into a situation where the slightest slip can lead to fissures and eruptions.”

Along these same lines, Bong also made some intriguing statements in a GQ interview: “I think all creators, all artists, and even just everyone, we are always interested in class, 24/7, I think it would actually be strange if we’re not. You know, when we’re seeing people on the subway, on the streets, complete strangers, we wonder, how rich are they? Or you know, people we encounter in the airports, did they ride economy class, business class? We always wonder about this, because we live in the era of capitalism. I think we all have very sensitive antennae to class, in general.”

If only this were true of “all creators, all artists”! Many artists, to their considerable detriment, not only avoid riding the subway, but ignore the central class issues of our time as much as humanly possible. They are concerned with “higher,” “spiritual” or “internal psychological” questions almost exclusively. That is one of the great failings of contemporary film in America and Europe in particular.

In Parasite, the have-nots attempt to take advantage of the haves, as well as other have-nots who stand in their way. In response to a question from the GQ interviewer about the lack of camaraderie among the working class characters, Bong replied that “the weak and have-nots are fighting one another. And that’s sad, but it’s also realistic.”

In the movie, the poor react to the greed and selfishness of the rich with their own unworthy schemes. No one wants an idealized view of the oppressed. That serves no useful purpose and, in fact, can undermine the urgency and pointedness of the social critique. The artist has the great responsibility of holding up a mirror in which the population can see itself, “warts and all.” But it is also not “realistic” to point to nothing except selfishness and individualism among the impoverished.

South Korea, in reality, has witnessed numerous momentous struggles and upheavals over the past several decades, including the Gwangju Uprising in May 1980, in which hundreds were killed by police and soldiers, the June Struggle of 1987 against dictatorial rule, mass nationwide strikes in 1996-97 of auto and shipbuilding workers and a general strike by hundreds of thousands of workers against the government’s “labour market reforms” as recently as last year. The problem in South Korea, as elsewhere, is the worthlessness of the parties and unions that claim to represent the working class.

Nonetheless, Parasite stands out with its effort to depict “the inevitable cracks that appear when two classes brush up against each other in today’s increasingly polarized society.” Bong has consolidated his place as one of the most interesting contemporary filmmakers.

The Lighthouse is a pseudo-gothic horror film directed by Robert Eggers, and co-written by Eggers and his brother Max Eggers.

The black-and-white film is set in the late 1800s and features Willem Dafoe and Robert Pattinson as two lighthouse keepers (“wickies”) living in a remote outpost off the Maine coast. They eventually descend into madness as the result of long-term isolation aggravated by a punishing storm that rages across the island. The movie’s finale escalates into a distasteful carnival of sexual and homicidal fantasies and acts. 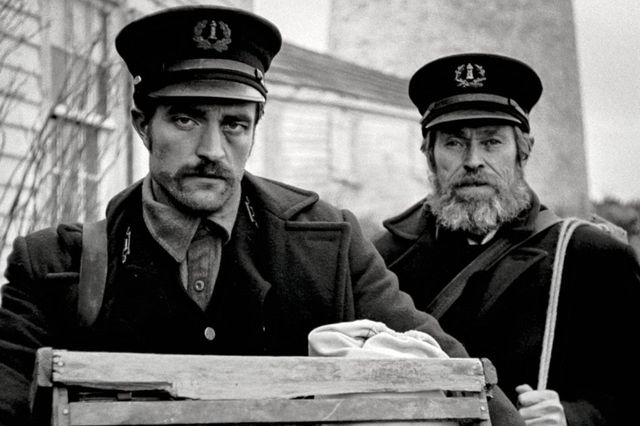 Robert Pattinson and Willem Dafoe in The Lighthouse

Despite its mood-drenched cinematography and the effort made to recreate period set, costume and dialogue (complete with references to Herman Melville, Robert Louis Stevenson and Sarah Orne Jewett, along with Shakespeare and Milton), Eggers has, in the end, opportunistically produced a paean to present-day identity politics. This is semi-disguised by the “horror” genre that here facilitates a type of amorphousness and unclarity.

But the director is not amorphous or unclear in an interview with avclub.com. He remarks, “Yes, but obviously, I don’t live in a vacuum. So what’s going on in the world is going to come out. With The Witch, I wasn’t like, ‘Well, ahhh, I got a good night’s sleep. I’m going to sit down and write me a feminist movie.’ You know? I had an atmosphere, which was early New England, and I wanted to explore witches. Do I also see that movie through a feminist lens now that it’s done? Yeah.

“And then with this movie, I wasn’t like, ‘Now I’m going to write a movie about toxic masculinity.’”

But nonetheless he did just that. The movie’s production notes elaborate: “The Lighthouse examines the dark impulses of hardscrabble men embroiled in a complex game of power dynamics. ‘Nothing good can happen when two men are left alone in a giant phallus [i.e., lighthouse],’ Eggers remarks.”

Perhaps the “toxic masculinity” of the “hardscrabble men” in The Lighthouse reflects, semi-consciously or otherwise, Eggers’ attitude toward white working class males supposedly responsible for the election of Donald Trump. The director, as he points out, doesn’t “live in a vacuum.”

Furthermore, one is tempted to paraphrase the words attributed to Dr. Freud: “Sometimes a lighthouse is just a lighthouse.” Or in this movie’s case, less than a lighthouse!