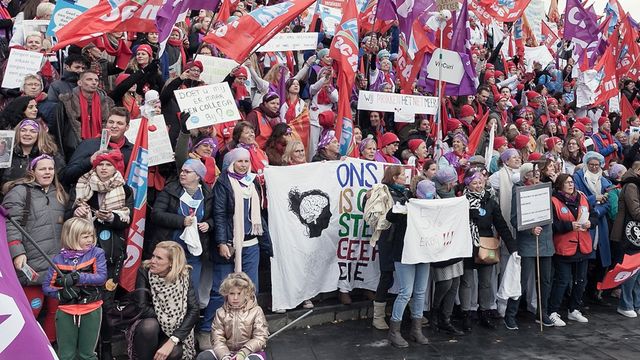 Striking health workers in the Netherlands

Across the country, an estimated 150,000 workers at 119 healthcare facilities worked “Sunday shifts,” when only emergencies are treated, and organised public actions.

WSWS reporters attended the national rally called at Jaarbeurs Square in Utrecht, the Netherlands’ fourth largest city, by the Federation of Dutch Unions (FNV), together with the Federation of Christian Unions (CNV) and the New Union ’91 (NU’91). Copies of a WSWS statement on the strike and the way forward for healthcare workers were distributed to the approximately 2,000 workers from across the Netherlands who attended the rally.

Anniek described her working conditions, saying, “They’re bad: A lot of work for a little bit of money.” 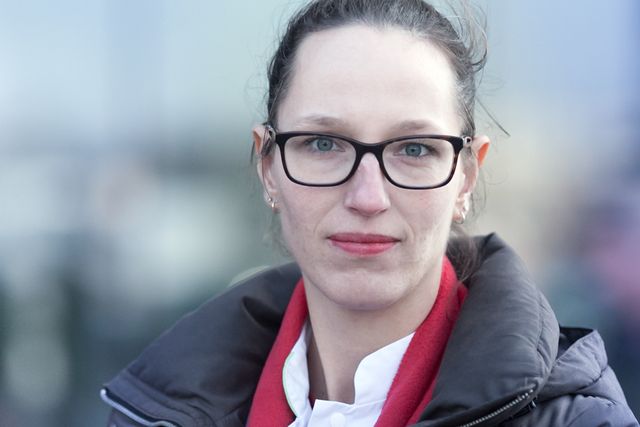 The situation is far more precarious for her colleagues, the “co-assistant” trainees, who are made to work for free with only promises of training and future job security. “One of our demands is that they get paid, too,” she said.

Anniek added that these trainees, who have little time available away from unpaid yet time-intensive and exhausting work, are forced to take on private debts to make ends meet, hoping to have a paid job someday in the future. Anniek said she was very angry that these contracts are kept secret or hardly ever mentioned by the media or state officials.

“We do it all together, the cleaning staff, catering, medical units, etc. Each in our own way, we take care of the patient, and we need proper working conditions for everybody,” she said.

Anja joined the rally along with her co-workers from two facilities in The Hague, the Dutch political capital and home to the International Criminal Court. She works in maternity care. 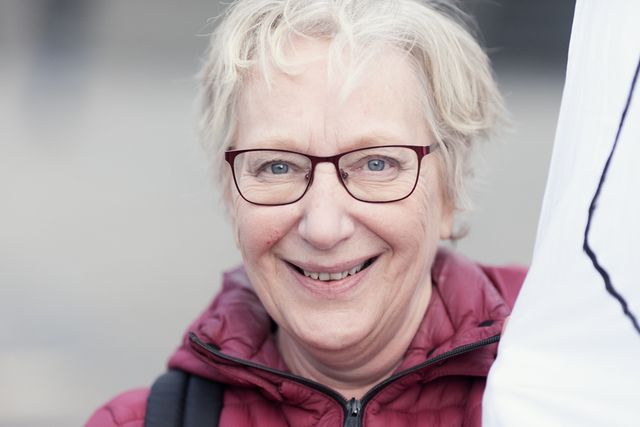 She explained that out of 14 maternity rooms in her facility, four are permanently closed due to chronic understaffing. As a result, the other 10 rooms are permanently occupied, and work with mothers and newborns there has to be rushed: “Yesterday a co-worker called in sick, so we had to do more work with less hands on hand. We couldn’t close a room. The workload has turned the facility into a production line.”

Anja also insisted on the need for a sufficient pay raise for healthcare staff, as prices continue to rise for basic necessities. She said, “Groceries are more expensive, housing prices are rising. Many people cannot afford a house in The Hague and live further and further away from where they work.”

Jaqueline, who works in an endoscopy lab, explained: “We work under high pressure. No coffee breaks, lunch break if you’re lucky, hardly even time to go to the toilet. Also, the sick-leave rates are high, which places an extra burden on the standing staff. It becomes a vicious circle. When you are on your day off, and they call and ask if you can fill in for a sick colleague, what can you do? So, there you go again!” 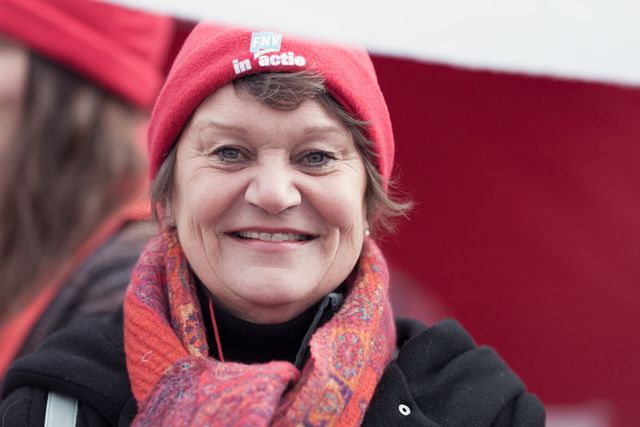 She added that working hours are endless, though for example emergency calls are not paid for, but compensated with time off. A pay raise is highly necessary she too insisted, “But not just for us, for the future, too. Because when I am 80, I hope I can have good healthcare.”

Jaqueline concluded that she had not much faith in the trade unions’ efforts, adding, “I keep hoping, but I have to see it before I believe it.”

When WSWS reporters spoke to strikers about the worldwide upsurge of working-class struggles, of which the Dutch national healthcare strike is a part, they were resoundingly enthusiastic, sending greetings to their class brothers and sisters internationally. No other political tendency openly intervened at the protest, and strikers read with interest the call by the WSWS to build independent workers action committees and turn to an international revolutionary struggle by the working class.