In her letter, Anderson stated that if Assange is extradited from Britain to the United States, he will face 175 years imprisonment “and a possible death sentence” for “exposing systemic government criminality and war crimes.”

Anderson noted the finding of United Nations Special Rapporteur on Torture Nils Melzer that the WikiLeaks founder is showing the symptoms of “psychological torture,” threatening his life, as a result of nine years of persecution by the US and its allies, including Britain and Australia.

Melzer’s warnings were further confirmed by a group of more than 60 eminent medical doctors, who issued an open letter to the British home secretary on Sunday, urgently calling for Assange to be moved from the maximum security Belmarsh Prison to a university teaching hospital. They warned that unless action is taken, “Mr Assange could die in prison.” 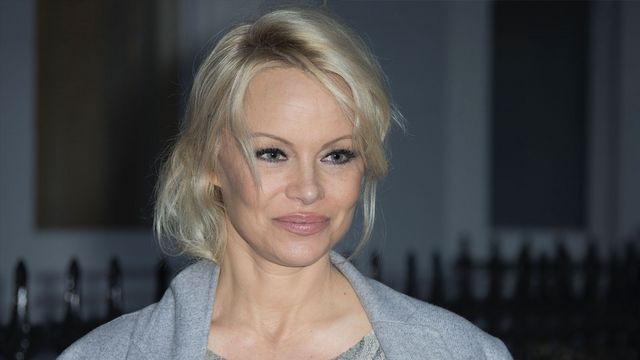 The letter expressed a growing groundswell of support for Assange, which Anderson noted. She wrote: “Australian citizens on mass, together with Australian parliamentarians, are now standing up and together to declare they want the Australian Government to ‘Bring Assange Home.’”

The cross-party group of nine federal parliamentarians, to which Anderson referred, held its first meeting yesterday, following a briefing by Jennifer Robinson, one of Assange’s lawyers. In a statement afterwards, the group co-chair, independent MP Andrew Wilkie, said that the meeting discussed “Assange’s deteriorating health, the injustice of his potential extradition to the US, and the way in which his treatment is a direct attack on journalists and the public’s right to know.”

Wilkie stated: “The Group is unanimously and strongly of the view that the US extradition request of Mr Assange be rescinded and that he be allowed to return to Australia.” The independent MP said the meeting had resolved that he and the co-chair of the group, George Christensen, would write to the US ambassador to Australia and the British high commissioner, seeking meetings to “discuss how Mr Assange can be brought back to Australia as quickly as possible.”

Anderson concluded her letter by declaring: “I make a heartfelt personal plea to every parliamentarian that is charged with the responsibility to uphold the protection of the citizens of Australia to now stand and protect Julian Assange by initiating contact with your counterparts in the USA and Britain and demand no extradition and allow Julian to walk free as a valuable teacher and citizen of Australia.”

In a reply yesterday, Morrison simply restated the position of every Labor and Coalition government since 2010. Beginning with the Greens-backed Labor government of Julia Gillard, all of them have collaborated in the US-led vendetta against Assange and refused to uphold his rights as an Australian citizen.

Morrison signalled his government’s support for the judicial farce underway in Britain, declaring that Assange “is entitled to due process, including representation in the legal proceedings he faces in the UK.” He stated: “The proper place for Mr. Assange to raise concerns about the lawfulness of his actions, or his treatment under the law, is through those legal processes, which should be allowed to run their course.”

In reality, as Melzer and other legal experts have explained, and as Anderson noted in her letter, Assange’s legal rights are being trampled upon by the British judiciary.

This has included a refusal to provide him with documents and other material necessary to prepare his defence; restrictions on his ability to consult his lawyers; personal insults from judges at his court hearings, including one who denounced him as a “narcissist,” and clear bias on the part of the judge presiding over the extradition hearing, Emma Arbuthnot, whose family has close links to the very intelligence agencies and military operations exposed by WikiLeaks.

Morrison further stated: “Beyond providing consular assistance, it is important to note that Australia has no standing and is unable to intervene in Mr Assange’s legal proceedings.”

This claim is a lie that is exposed not only by the precepts of international law and diplomacy, but by the very actions of successive Australian governments, including Morrison’s.

As the WSWS noted last year: “The Australian government has the legal right to seek the diplomatic protection of Julian Assange. Such action may involve diplomatic requests and representations to the British government, and, in some circumstances, the bringing of proceedings against Britain, in British courts of law. The factual bases for the exercise of Australia’s discretion to protect Assange are both extreme and momentous. The circumstances in which a sovereign nation may act to protect its subjects are wide-ranging.” (see: “Australian government has obligation to protect Julian Assange”)

The government, moreover, has the clear ability to publicly condemn the attempt to railroad Assange to a US prison for legally protected publishing activities, and to mobilise public opposition to his threatened extradition.

There is little question that if Assange were an Australian journalist accused of the same “crimes” and detained in brutal conditions by China, Russia or another country in the crosshairs of US imperialism, the government would be issuing strident, public denunciations and demanding his release.

Australian governments have exercised their powers and taken public action in a number of cases. These include:

Numbers of other cases could be cited, including the 2006-2007 intervention of the Howard Coalition government, which resulted in David Hicks being returned from the US military prison in Guantanamo Bay to Australia, and government representations that contributed to the release of journalist Peter Greste from an Egyptian prison in 2015.

The refusal of Labor and the Coalition to take similar action in defence of Assange is inextricably tied to the support of the official parliamentary parties for the US military alliance, and their own turn to police state measures directed against press freedom and social and political opposition from ordinary people.

The Australian political establishment and state apparatus, no less than its counterparts in Britain and the US, view the Assange case as crucial in establishing a precedent for the suppression of investigative journalism, the intimidation of government critics and the suppression of anti-war sentiment among ordinary people, amid an eruption of imperialist militarism.

The nine-year record—including Morrison’s latest statement—demonstrates that an Australian government will uphold its obligations to defend Assange only if it is forced to do so by political pressure coming from a mass movement from below.

Amid the international groundswell of support for the WikiLeaks founder, all defenders of civil liberties and democratic rights should fight for the broadest mobilisation demanding the immediate and unconditional freedom of Julian Assange, including through campaigns in working class areas and at universities, the passage of workplace motions, the establishment of defence committees and the organisation of public meetings and demonstrations.