The family of David Dungay, an Aboriginal man who was killed in a Sydney prison in 2015, have roundly condemned a coronial inquest ruling on November 22 that there will be no disciplinary action taken against the guards involved in the young man’s death.

Dungay, a 26-year-old diabetic suffering from schizophrenia, had his cell stormed by five officers from the Immediate Action Team (IAT) on the afternoon of December 29, 2015. The attack was carried out on the pretext that he refused to stop eating a packet of rice crackers. A video released of the incident shows him being overpowered and restrained, crying out 12 times “I can’t breathe.”

Dragging him from the bed to the floor, the guards then forcibly moved him to another cell and held face him down on a bed. Dungay was injected with the sedative midazolam by a Justice Health nurse. Gasping for breath and panicking, officers dismissed his concerns saying, “If you can talk you can breathe.” He became unresponsive a minute later and died shortly after.

The Deputy State Coroner Derek Lee found Dungay died of cardiac arrhythmia, possibly aggravated byhypoxaemia, a lack of oxygen in the blood brought on by being restrained face down. Other contributing factors included his Type 1 diabetes, antipsychotic medication and extreme stress and agitation.

Prior hearings found that medical staff at Sydney’s Long Bay jail failed for up to eight minutes to perform consistent CPR before the arrival of paramedics and were “effectively without value.” At one point, staff forgot to remove the safety cap from the resuscitation equipment, leading to it coming out in Dungay’s mouth.

Lee also said there was “no proper basis” for using the IAT to relocate Mr Dungay to another cell.

In a complete whitewash, however, Lee rejected a submission that the officers be referred for disciplinary action. He effectively sided with the officers in their decision to ignore Dungay’s breathing issues, saying that their actions were not based on “malicious intent,” but on personal experiences which led them to believe he was being “disingenuous.”

Citing “systemic deficiencies” in training for positional asphyxia, Lee recommended “specialist practical training” on the issue. Two officers were deemed exempt from possible prosecution, owing to issued certificates that prevented their evidence from being used against them.

The judgement was made, despite glaring inconsistencies in the evidence of the guards and other staff. An officer claimed that they had stormed the cell at the suggestion of a nurse, while another said that it was a joint decision taken by nursing and correctional staff. The coroner, however, determined that it was the riot police who initiated the action.

In a mealy-mouthed apology, NSW Corrections Commissioner Peter Severin issued acknowledged “organisational failures” and claimed that “we have made many changes to policy and training procedures as a direct result of Mr Dungay’s death.”

However, almost four years since Dungay’s death, the level of training remains dubious. Only in July 2018, when the inquest into Mr Dungay’s death began, was an online training module on positional asphyxia launched. Severin also revealed in September of that year that only a few staff had begun physical training on the issue, leaving thousands exposed to further incidents.

Among further recommendations, Lee proposed an increased emphasis on de-escalation techniques by officers in Corrective Services. He also urged a review of the nurse’s professional conduct by the Board of Nursing. Despite acknowledging that the situation unfolding in the cell was “confronting,” there was a clear “clinical basis to return to the cell and perform observations” owing to Dungay’s breathing difficulties.

All of the references to “insufficient training” were aimed at covering-up the brutality shown by the guards and what it revealed: that prisons have nothing to do with rehabilitation, and that the overwhelmingly poor and working-class individuals caught up in the “justice system” are routinely attacked and their rights denied.

Dungay’s life was a concentrated expression of this reality. Born in the town of Kempsey, he spent eight years in the New South Wales adult prison system. 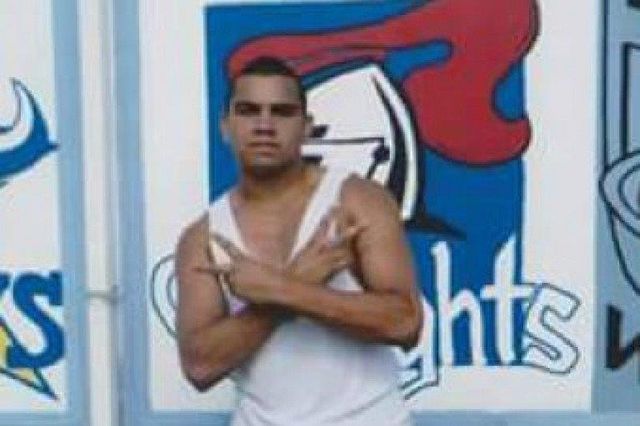 The young man had been convicted of theft and assault charges. During his sentencing remarks, the judge was compelled to acknowledge: “It is fair to say that the prisoner comes from a very underprivileged and dysfunctional community where unfortunately he and others end up in custody and in juvenile institutions from a young age.”

Outside the NSW Coroner’s Court on November 22, the Dungay family, accompanied by a large crowd of supporters, expressed disbelief and anger at the judgement.

“They stormed my son’s cell, held him down, 10 minutes later he was dead,” she said. “And they all got away with it. What would you call it? I can’t say it, I’ll get sued.”

The ruling is not an isolated episode, but the latest in the mistreatment of Aboriginals in custody. Since the Hawke Labor government’s 1987–91 “Royal Commission into Aboriginal Deaths in Custody,” not a single police officer has been successfully prosecuted over Aboriginal deaths in custody, which number at least 424.

The treatment of Aboriginal workers is the sharpest expression of an assault of the social and democratic rights of the entire working class. The same report found that Australians as a whole are being imprisoned at greater rates than any time since the end of the 19th century, with incarceration rates increasing 130 percent since 1985.

This has been caused not by growing crime rates (which have been in decline), but by the enactment of “law and order” policies by Labor and Coalition governments, state and federal alike.

This right-wing program has been accompanied by a build-up of police powers, leading to a spate of deaths in custody.

Victims include Dungay’s cousin Eric Whittaker, who died shackled to a hospital bed, and Kumanjayi Walker, a 19-year-old Aboriginal man who was shot to death by police in the Northern Territory town of Yuendumu a week before Lee issued his finding in the Dungay case.

The gutting of mental health facilities has led to prisons becoming dumping grounds for many suffering from mental illness. A study by the Australian Institute of Health and Welfare (AIHW) in May found that 40 percent of Australian prisoners are diagnosed with mental health conditions, with only twenty three percent taking some form of medication.

One in five had a history of self-harm, with one in twenty reporting such an act in prison. Of the 115 deaths reported in custody between 2013–14 and 2014–15, one quarter were the result of self-harm or suicide.

According to Dungay’s mother, Dungay spent 22 hours a day in his cell. She has stated that he only began experiencing hallucinations after being in prison.

At the beginning of inquest proceedings, the counsel assisting the coroner, Jason Downing, admitted that Dungay had been diagnosed as acutely psychotic with auditory hallucinations, and that since being in custody his mental health had deteriorated considerably.

G Ward in Long Bay is the only prison ward in Australia providing involuntary mental health medication. In any other state Dungay would have been placed in a forensic hospital.

The Dungay family is considering three options to pursue, including suing the immediate action team and Corrections NSW for wrongful death, seeking criminal prosecution of the officers involved, and seeking prosecution under Safe Work legislation.

Mehring Books: The Truth About the Killing of Daniel Yock