In two recent interviews, 78-year-old opera singer and conductor Plácido Domingo has forcefully denied the allegations of sexual harassment leveled against him earlier this year. The claims published by the Associated Press in two articles in August and September, regarding alleged incidents that occurred decades ago, have resulted in the apparent end of the singer’s career in the US.

In an interview with the Spanish online publication El Confidencial, Domingo explained that these “have been the most difficult months of my life… Active as I have been all my life, I felt frustrated at not being able to sing when I knew I should be on stage. Everything happened so fast.”

The singer went on: “I have always been an optimistic, positive person and so I have to continue, now more than ever. These have been complicated moments, but everything has calmed down a bit. I continue working, studying, rehearsing and acting. This gives me the serenity I need to face this nightmare.” 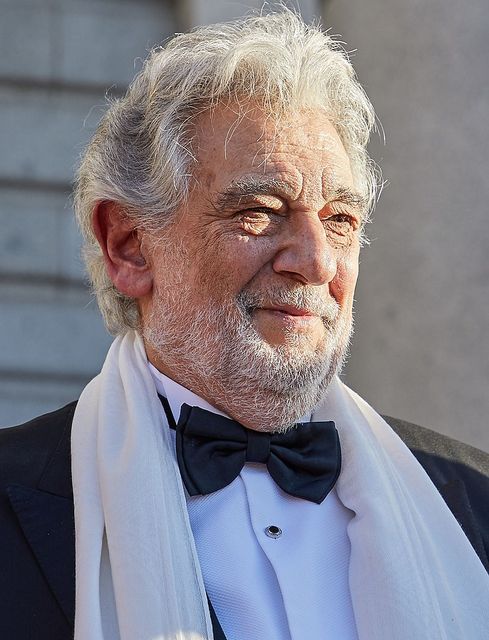 Domingo received a standing ovation Monday when he appeared on stage in Spain for the first time since the claims of misconduct were made last summer. Appearing in Valencia in Giuseppe Verdi’s Nabucco, the singer received “thunderous applause.”

The articles in the Associated Press setting out the allegations were of the shoddy, witch-hunting variety. Eighteen of the 20 women making unsubstantiated claims did so anonymously. Patricia Wulf, one of those identified by name, acknowledged that Domingo never touched her inappropriately or harmed her singing career in any way. He pursued her, Wulf claimed, and she rejected him.

The other individual named, Angela Turner Wilson, alleged that Domingo grabbed her breast in 1999 while singing at the Washington Opera. She essentially blamed her subsequent career disappointments on the Spanish singer.

Her accusation is seriously undermined, however, by the fact that in 2006 Wilson paid fulsome tribute to Domingo in an interview with the Kansas City Star, describing the Washington experience as her “big opera moment” and asserting that singing with Domingo had been “like standing next to a force of nature.”

In September, as a result of the fallout from the AP stories, Domingo ended his decades-long relationship with the Metropolitan Opera in New York. In October, he resigned as general director of the Los Angeles Opera and withdrew from all forthcoming performances with the company. The San Francisco Opera, Philadelphia Orchestra and Dallas Opera canceled invitations to Domingo to perform. In November, the 2020 Tokyo Olympics organizing committee announced that Domingo had decided not to perform at a pre-Olympics event, citing the “complexity of the project.”

His scheduled engagements in Russia, Austria, Germany, Spain, Italy and Poland have not been affected to this point.

Domingo is one of the most extraordinary singers in the history of opera. During his career he has played 151 different roles, an unparalleled number, in the course of more than 4,000 performances in opera houses and other venues around the world. He has also conducted more than 500 opera performances. 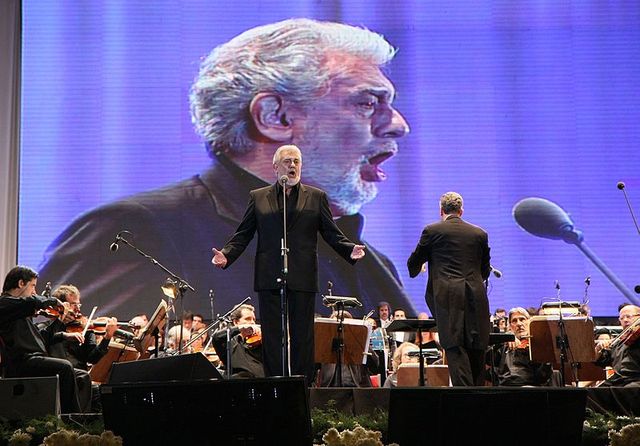 In regard to his withdrawals from the opera companies in New York and Los Angeles, Domingo told El Confidencial that he had retired “out of respect for the two theaters.” He continued: “I wanted them both to have a harmonious and peaceful atmosphere—the same environment that I had always experienced in them. I wanted to safeguard them from the growing media and social pressure they were being subjected to.”

He noted that “the accusation and the sentence came instantly.” There was nothing to do, he said, “but keep calm and silence until the rage passed.”

Asked about the possible motives for the allegations, Domingo replied that he didn’t know. He went on to assert that he had spent more than 50 years in public life, “between stages, theaters, television stations, interviews, dinners, galas and a host of social activities. Those who know me… know that I have never behaved in the aggressive, harassing and vulgar way in which they have painted me.”

The singer criticized the fact that “the credibility granted to the accusations is automatic. This is a media cause, one involving public opinion. And I felt judged, sentenced and convicted in advance. But I have not been charged with any crime.”

Far from feeling alone, Domingo indicated that he had received “many expressions of affection.” He explained: “I have felt a lot of support and unconditional solidarity, but I also understand people who prefer to support me privately. I understand people’s reactions… It is not easy to go against the tide. And it is human that people react with caution and reserve.”

In his conversation with El Pais, the opera legend was questioned about whether he planned to sue to counter the accusations. He said: “You know, it’s useless. When you’re going against a media organization, your chances of losing are very high, and as for the accusers, I have no plans to retaliate. Like I said, I haven’t been accused of any crimes, and I’m not going to sue anyone.”

As to why 20 women would make allegations against him, he said, “It is very easy these days to go against someone you don’t sympathize with and to disseminate falsehoods. ‘If you have something against this person, let us know.’ And a plot is devised.”

Domingo continued: “I have never attacked a woman, I have never overstepped my bounds, it’s not part of my upbringing or part of who I am. Nor have I abused my power at any theater. We have made hiring decisions as a team.

“I may have suggested names for leading roles, but for secondary ones, where some of the accusations are coming from, I can’t even remember which roles they might have been. It wasn’t even my decision, neither in Washington nor in Los Angeles, two theaters where I have done my job with tremendous strength and determination. Never, never, never in my life.”

When the El Pai s interviewer pointed out that Domingo was “a powerful man in those circles,” the singer interjected, “Please, enough with the guesswork. What is this? If there had been any complaints, they would have protested. It makes no sense. There is sufficient evidence to the contrary. I have supported the careers of many singers, both women and men. That’s not power, that’s a passion for art, for opera and for its future.”

Domingo added that “complimenting women, such as saying ‘that’s a nice outfit,’ or ‘you’re looking good,’ this is something that you could say 30 years ago, or even two. But now you can’t say anything to a woman anymore. It’s not like that here [in Spain], but in other places, and specifically within these groups where the accusations are coming from, that’s the way it is.”

As to his general state of mind, the Spanish singer remarked, “I’m feeling strong, very strong. More than ever. Especially because you see how everything can change in a matter of hours, and that requires enthusiasm, a very deep love for what you do… Music has always been my life. And my enthusiasm is greater now than ever before… The public continues to react in an extraordinary manner, and as long as that’s the case, I will remain calm and self-assured…

“Life goes by so fast that I would like the years to go slower. Now I realize how fast life passes. When you are on the verge of turning 80, everything happens very quickly. I only wish, perhaps, that the good days could be longer and the bad days shorter.”

The two singers identified by the Associated Press in August and September, Wilson and Wulf, issued a statement rejecting Domingo’s claim he had always behaved like a gentleman and never acted improperly. “There is nothing ‘chivalrous’ or ‘gallant’ about groping a woman in the workplace, in any country or era,” the two women insisted in a statement issued through their attorney, Debra Katz. Katz, a specialist in #MeToo cases, was the attorney for Christine Blasey Ford in her campaign against Brett Kavanaugh, Donald Trump’s nominee to the Supreme Court.

The Wilson-Wulf statement asserted that Domingo’s “continued failure to take responsibility for wrongdoing or to express any remorse is extremely disappointing and deeply disturbing.” Why should he express remorse for actions he denies having committed? The pair suggested that Domingo had not acted respectfully “when he offered to assist with the careers of aspiring female opera singers if they came to his apartment and had sex with him.” Not a shred of evidence has been provided to back up this allegation.

Wulf and Wilson expressed anger that their campaign had not yet destroyed Domingo’s career in Europe. “It is deeply upsetting and unfair that Mr. Domingo can retreat to another world without having to come to terms with what he has done to many, many women here,” Wulf told the media.

Last month, well-known Italian tenor Andrea Bocelli defended Domingo and criticized opera companies for canceling the singer’s performances before the charges had even been investigated.

Bocelli observed, “I am still appalled at what happened to this incredible artist.” He told the AP, “I don’t understand this. Tomorrow a lady can just come up and say ‘Andrea Bocelli molested me 10 years ago,’ and from that day on, no one wants to sing with me anymore; the opera houses won’t call me anymore. This is absurd.”

Bocelli also suggested that the public should distinguish between artists’ morality and their artistry. If an individual were convicted of a crime, then “the moral judgment against this person would of course change on my end, but not the artistic judgment, because they are two different things.”

“There have been in the past many artists who had dubious morality,” Bocelli told the AP, adding that there were two elements to judging an artist. “One is the moral one, which must be dealt with in courts and here on Earth and by our good Lord up in the skies. Then there is an artistic judgment, which is subjective, and up to each one of us.”