In a case that could lead to a historic attack on First Amendment rights to free speech and assembly, the American Civil Liberties Union (ACLU) has asked the US Supreme Court to review a lower court ruling allowing a police officer to sue DeRay Mckesson, a prominent Black Lives Matter activist, for damages, because of an injury the officer suffered during a protest three years ago. 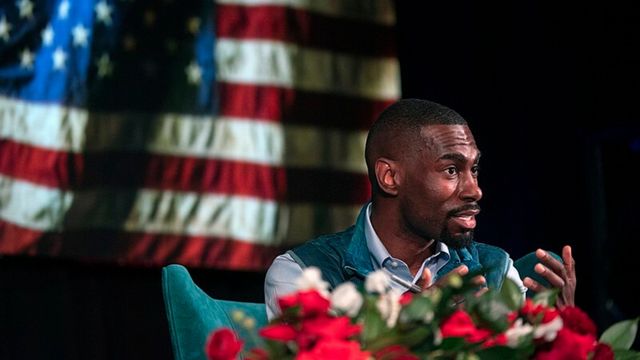 The case arises from protests sparked by the brutal police killing of 37-year-old Alton B. Sterling in Baton Rouge, Louisiana on July 5, 2016.

Sterling, homeless at the time, had been selling CDs outside of a convenience store. After being approached by two police officers, the African-American father of five children was tackled and almost immediately shot dead. The incident, lasting barely 90 seconds, was captured on cell phone video. The video contradicted the claim of the cops that Sterling had been reaching for his gun, which he was legally allowed to carry, as they opened fire. Nevertheless, the local and federal authorities refused to hold anyone accountable for Sterling’s death.

This killing, one of more than 1,000 of workers and youth that year—and every year—in the US, was followed by days of angry protests in Baton Rouge, the state’s capital and second largest city. Mckesson, based in Baltimore and prominently associated with Black Lives Matter, was present for some of these protests, including one at which an officer was injured by a rock that was thrown by an unidentified protester.

“Liability may not be imposed merely because an individual belonged to a group, some members of which committed acts of violence,” District Judge Brian A. Jackson wrote in his 2017 ruling, quoting from the high court decision of 35 years earlier. He ruled that Black Lives Matter could not be sued because it “is a social movement rather than an organization or entity of any sort,” and that Mckesson could not be individually sued because his participation in the July 9 demonstration was legal on the grounds of free speech. Furthermore, the cop suing Mckesson had not claimed that he had thrown the rock or was in any way directly involved, but that he was “in charge of the protest.”

The one comment from Mckesson quoted in the officer’s lawsuit did not support the claim that he was in any way connected to the violence. The comment, as reported in the New York Times, came a day after the demonstration, and said only that “The police want protesters to be too afraid to protest.”

Judge Jackson’s ruling was unequivocal on this issue. “Mckesson’s statement does not advocate—or make any reference to—violence of any kind, and even if the statement did, ‘mere advocacy of the use of force or violence does not remove speech from the protection of the First Amendment,’” Jackson wrote (emphasis in original), again quoting from the 1982 Supreme Court ruling. “This statement falls far short of being ‘likely to incite lawless action,’ which plaintiff would have to prove to hold Mckesson liable based on his public speech.”

In April of this year, however, a three-judge panel of the 5th Circuit Court of Appeals reinstated the suit, in language that is a direct threat to the right to protest and free speech.

“Mckesson should have known that leading the demonstrators onto a busy highway was most nearly certain to provoke a confrontation between police and the mass of demonstrators, yet he ignored the foreseeable danger to officers, bystanders, and demonstrators, and notwithstanding, did so anyway,” Circuit Judge E. Grady Jolly said in the court’s unanimous ruling.

The appeals court ruling poses a stark challenge. As the ACLU noted in its appeal for review to the Supreme Court filed last Saturday:

“Do the First Amendment and this Court’s decision in NAACP v. Claiborne Hardware Co … foreclose a state law negligence action making a ‘leader’ of a protest demonstration personally liable in damages for injuries inflicted by an unidentified person’s violent act there, when it is undisputed that the leader neither authorized, directed, nor ratified the perpetrator’s act, nor engaged in or incited violence of any kind?”

A tweet from the ACLU said, “We’re asking the Supreme Court to defend the First Amendment right to protest,” adding that the appellate ruling, “if left standing, would gut civil rights era speech protections.”

Mckesson himself, and Black Lives Matter as well, have focused on the disproportionate rate of police killings of African-Americans, while ignoring the even larger number of white workers and youth who fall victim to police violence. This expression of identity politics seeks to channel the anger at the killings of Michael Brown, Eric Garner and countless others into calls for the hiring of more black police officers, the establishment of minority-dominated oversight boards and support for the Democratic Party, rather than the fight to unite workers of all races and ethnicities in a common struggle against police violence, as part of the fight against poverty, inequality and all attacks on democratic rights. Mckesson himself was a high-profile supporter of Hillary Clinton in 2016.

The issues posed in this case go far beyond the particular political role of Mckesson, however. His free speech rights must be unconditionally defended. Amidst the current reemergence of working class struggles, from the Yellow Vests and mass strike movement in France to strikes and mass protests in Chile, Iraq, Lebanon and the US itself, it is easy to see how the overturning of the 1982 Supreme Court precedent could and would be used.

Even aside from expressions of legitimate anger at demonstrations, the actions of police provocateurs could be utilized to criminalize peaceful protests and arrest political leaders. The lower court ruling reflects the preparations of the ruling class to carry out mass repression. Against this danger, the legal defense of democratic rights must be integrally combined with the building of a new revolutionary leadership fighting for socialism in opposition to the capitalist status quo.