On December 2, graphic designer and WikiLeaks supporter Somerset Bean revealed he had received a letter from Google informing him that the company had complied with a US Department of Justice (DOJ) warrant “compelling the release of information related to your Google account.”

The letter did not indicate what information had been handed over. It stated that Google had been subject to a now expired gag order, which had prevented it from previously disclosing the existence of the warrant.

A cross-reference of the case number with the publicly-accessible DOJ database showed that Bean was targeted as part of the Federal Bureau of Investigation’s (FBI) probe, headed by Robert Mueller, into purported Russian interference in the 2016 US election. More than 500 subpoenas similar to that relating to Bean had been issued.

These facts alone demonstrated that the Mueller investigation—which ended without finding any proof for its bogus conspiracy theories about Russia—was used to carry out mass spying on supporters of WikiLeaks, Julian Assange and political dissidents. 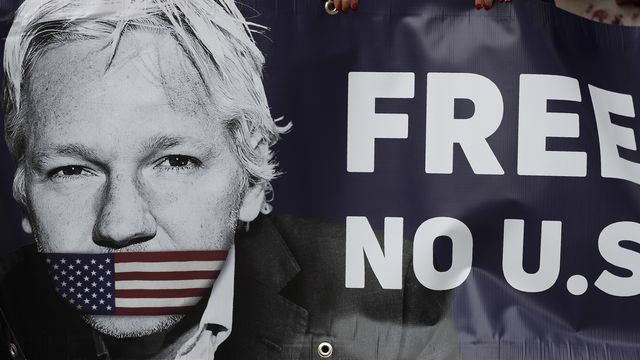 The targeting of Bean—who produces graphics, posters and flyers defending Assange and explaining the significance of WikiLeaks’ revelations—pointed to the indiscriminate nature of the dragnet.

Many questions remained unanswered by Google’s letter, however, including the scope of the surveillance measures targeting Bean.

They have now been answered. Bean received the full text of the US subpoena earlier this week. Dated September 27, 2018, it is a document worthy of the McCarthyite witch-hunters of the 1950s, or the pseudo-legal edicts of openly authoritarian regimes.

Attachment B of the subpoena demonstrates that the US government wanted access to literally all information associated with Bean’s Google account. This included all emails, even if they had been deleted. Moreover, the US government demanded “All records or other information regarding the identification of the account,” spanning from alternative email addresses, to physical addresses, phone numbers, IP addresses, “methods of connecting,” “means and source of payment (including any credit or bank account number)” and more.

Google accounts track a user’s activities across the internet. Accordingly, the DOJ demanded Bean’s entire internet browsing history, along with his “address book, contact and buddy lists, calendar data, pictures and emails.” It also covered a host of apps related to Google accounts.

Most ominously, the warrant requested “All location and maps information associated with the account.” It also demanded access to information about mobile phones related to the account, including “International Mobile Equipment Identities (IMEI).” Possession of a mobile phone’s IMEI enables it to be hacked.

The following section of the document makes clear that the DOJ investigation was a catch-all fishing expedition. It asserted is was seeking evidence regarding crimes as diverse as “aiding and abetting,” “accessory after the fact,” “misprision of a felony,” “conspiracy,” “wire fraud,” “attempt and conspiracy to commit wire fraud.”

The document makes clear that Bean was targeted as part of an investigation into Assange over these supposed offenses. It stated that it covered “All records... that related in any way to communications regarding hacking, release of hacked material, communications with persons or entities associated with [redacted] including but not limited to Julian Assange…”

It is reasonable to suspect that the redacted word is “WikiLeaks.” The following clauses indicate that encryption activities and keys, credit cards and many other pieces of information relating to Assange and the redacted entity were requested.

The subpoena is further confirmation that the Mueller probe, and the entire “Russiagate” narrative of the Democrats, the intelligence agencies and the corporate media, has been used to carry out surveillance of alternative and anti-war websites and organisations—above all, WikiLeaks—in an attempt to concoct false charges.

The claim that WikiLeaks’ 2016 publication of leaked emails from the Democratic National Committee (DNC) was the result of a “Russian hacking operation” has never been substantiated with a shred of evidence.

The claim was used to divert attention from the contents of the publications, which showed that the DNC has illegally sought to rig the Democratic Party primaries against self-proclaimed “democratic socialist” Bernie Sanders in favour of Hillary Clinton. It was used to distract from WikiLeaks’ damning publication of Clinton’s secret speeches to Wall Street banks, in which she assured them that many of her public statements were lies and that she could be counted on to do the bidding of the financial elite.

The Mueller investigation did not interview Assange, who has always insisted that Russia was not the source of the emails. It did not reply to an offer of testimony from former British ambassador Craig Murray, who claims to have direct knowledge that the emails were leaked from within the DNC.

As WikiLeaks editor Kristinn Hrafnsson and others have explained, even if Russia was the source of the material, it would have no bearing on whether or not it should have been published. The DNC emails and related material were true, newsworthy and in the public interest, providing the American population with unprecedented insight into the machinations of one of the two parties of the US oligarchy in the lead-up to an election.

In comments to the WSWS this week, Bean said that “Russiagate has become a parody of itself, a Red Scare 2.0 campaign rolled out by top Democrats in the US to distract from their corruption, and eagerly embraced by those cheaply smearing Corbyn in the UK.”

Asked for his response to the revelation that he had been spied upon, Bean said: “In short, my response is to do even more to help the campaign to win Julian Assange’s freedom.

“This is a disturbing insight into what is no doubt going on all the time without a friendly email from Google. Especially now, the extent of the US spying on Assange and all his visitors in the Ecuadorian embassy has been revealed, one would be naive not to believe that a wide net of Assange and WikiLeaks supporters and collaborators are being monitored.

“Our democratic rights are being ground into dust, not only on a national level but—as revealed so many times, from this small case up to the far more significant cases of Lauri Love and Julian Assange—at a global level with imperialist US overreach and mass surveillance. But we stopped Lauri’s extradition and we can save Julian, with overwhelming pressure on the UK government.”

The WSWS asked Bean to elaborate on the comment, in his initial tweet revealing the spying, in which he stated: “You think the Assange case is just about Assange? Think again.”

The graphic designer responded: “Assange is the canary in the coalmine. The increasingly poisonous air is the oncoming dystopia. We save Assange and we provide a breath of fresh air to counter the growth of state tyranny. If we lose Julian Assange, we risk the atmosphere becoming poisonous for all of us. First they came for…”