The BBC’s most senior political journalist, political editor Laura Kuenssberg, has been accused of breaking the law and long-standing rules of conduct governing general elections.

On Wednesday, Kuenssberg, while travelling in the back of a car in north Yorkshire, held an interview with BBC “Politics Live” presenter Jo Coburn—broadcast from a London studio—and revealed what she said were results from postal votes. 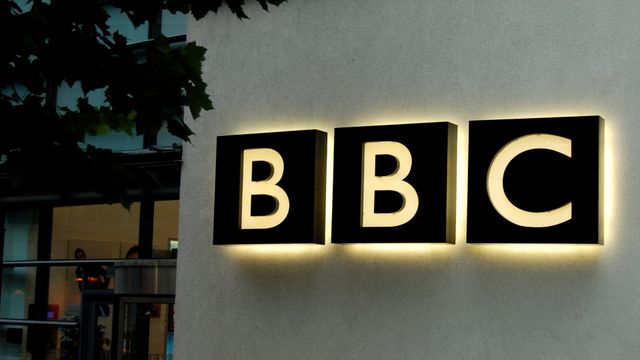 Kuenssberg ditched any notion of the BBC’s nominal responsibility to be politically impartial, stating, “The postal votes, of course, have already arrived. The parties—they’re not meant to look at it, but they do kind of get a hint—and on both sides people are telling me that the postal votes that are in are looking pretty grim for Labour in a lot of parts of the country.”

Kuenssberg should have been immediately suspended by the BBC pending an investigation. Such was the breach of the law involved, occurring just hours before millions of people went out to vote in what was widely reported as an election too tight to call, that the Electoral Commission tweeted, “It may be an offence to communicate any information obtained at postal vote opening sessions, including about votes cast, before a poll has closed. Anyone with information to suggest this has happened should report it immediately to the police.”

The BBC’s own guidance about electoral law and the broadcasting of information on polling day states, “Whilst the polls are open, it is a criminal offence to publish details of how people have voted in the elections.”

Kuenssberg gave details of how people had voted hours before polling day!

As of Thursday, the BBC had still issued no sanction against Kuenssberg, with a spokesman for the state broadcaster saying in an off-handed manner, “BBC does not believe it, or its political editor, has breached electoral law.”

Such was the anger generated as Kuenssberg’s comments were shared on social media that the “Politics Live” show was later removed from the BBC iPlayer and is no longer available to watch.

Kuenssberg signed off with a tweet after the incident, Wednesday night, stating that she would be back on air at “10pm tomorrow”—when polls close in the election.

The BBC, and Kuenssberg in particular, have been heavily criticised for their pro-Conservative media coverage throughout the election.

Last month, the BBC edited a clip of its November 22 current affairs show “Question Time” to cut out audience laughter when Tory Prime Minister Boris Johnson was asked by an audience member, “How important is it for someone in your position of power to always tell the truth?”

The following day, in a BBC News Channel report, the laughter was edited out with only applause heard and then Johnson’s answer. The BBC refused to apologise, saying it had made a “mistake” and “there was absolutely no intention to mislead.”

On Monday, Kuenssberg tweeted a false statement that a Labour activist had punched an adviser of Conservative Health Secretary Matt Hancock outside Leeds General Infirmary. Earlier in the day, ITN reporter Joe Pike had tried to show Boris Johnson a picture of a four-year-old child sleeping on the floor in the hospital for the lack of a bed. Kuenssberg tweeted, “So Matt Hancock was despatched to Leeds General (sorry not just Leeds Hospital), to try to sort out the mess, hearing Labour activists scrambled to go + protest, and it turned nasty when they arrived—one of them punched Hancock’s adviser.”

Kuenssberg and senior ITV journalist Robert Peston, who said the adviser had been “whacked in the face by a protester,” were both forced to apologise later—with Kuenssberg deleting her tweet when video footage showed that no punch was ever thrown and the adviser had walked without looking into the outstretched arm of someone looking the other way.

Kuenssberg’s false reporting has produced the hashtag #SackLauraKuenssberg, with one Twitter user putting up her photo alongside a caption “Secretary of State for Propaganda.”

On Wednesday, BBC Political Correspondent Alex Forsyth gave an overview of Boris Johnson’s campaigning message and spoke of Johnson winning the “the majority he so deserves.” The BBC called this “a slip of the tongue.”

Kuenssberg’s comments have a still greater possibility of influencing the general election result.

Over 8 million people voted by post in 2017. Kuennsberg’s providing information about this year’s postal vote results, whether true or not, could only discourage Labour voters from turning out the following day by claiming the party was unlikely to win anyway.

As pointed out by numerous members of the public, it is illegal to do what Kuenssberg did. Rather than breezily informing everyone when she would be back on the airwaves, she should be in a police station answering questions regarding her comments.

Former British ambassador Craig Murray tweeted Wednesday of Kuenssberg’s action, “It is a fully blown specific criminal offence to reveal details of postal ballots. It is also a criminal offence to attempt to ascertain the voting pattern during verification (counting does not happen till tomorrow). Maximum sentence 6 months imprisonment.”

He cited sections of the Representation of the People Act 1983 that covers UK elections, adding, “A serious criminal offence. Yet [Tory Foreign Minister] Dominic Raab, Laura Kuenssberg and other Tories can ignore the law with complete confidence. Impunity of the elite a sure sign of descent towards dictatorship.”

“(6) If a person acts in contravention of this section he shall be liable on summary conviction to a fine not exceeding level 5 on the standard scale or to imprisonment for a term not exceeding 6 months.”

Kuenssberg says she was provided with information “on both sides,” i.e., likely from Labour Blairites as well as Tories, after acknowledging, “The parties—they’re not meant to look at it.”

Electoral law allows candidates and agents to observe postal votes being verified before polling day, but the ballot papers are placed face down and cannot be counted until polls close on election day.

Kuenssberg is a Tory and her hostility to Labour leader Jeremy Corbyn and bias towards his opponents is a matter of record—leading, in 2016, to the campaign group 38 Degrees organising a petition—signed by tens of thousands—calling for her to be sacked from the BBC.

In January 2017, the BBC’s own watchdog found that Kuenssberg inaccurately reported Corbyn’s views in the aftermath of the November 2015 terror attacks in Paris.

Earlier this summer, she presided over a BBC Panorama programme, “Is Labour anti-Semitic?” that fuelled the bogus claims against Corbyn and his supporters and which has been used extensively during the election campaign in an attempt to prevent Labour being elected.