Anna Karina, the Danish-born actress associated above all with the early films of French-Swiss director Jean-Luc Godard, died December 14 at 79 from cancer in a hospital in Paris. 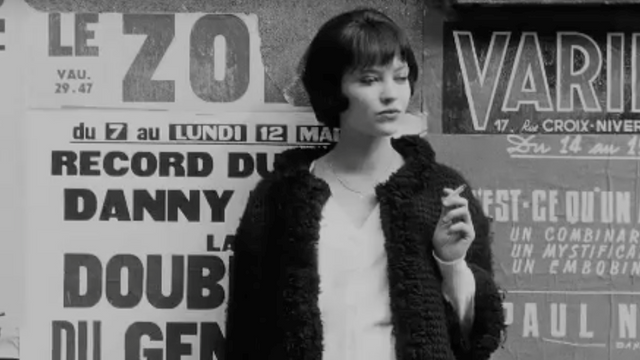 Between 1960 and 1966 or so, Karina appeared in seven feature films by Godard, along with an episode in an anthology film. Those include prominently Le Petit Soldat (The Little Soldier, shot in 1960, released in 1963), Vivre Sa Vie (English title—My Life to Live, 1962), Alphaville (1965) and Pierrot le Fou (1965). While Karina featured alongside a number of male performers, the true co-star of each of those films (with the exception perhaps of Pierrot le Fou) was Godard himself. 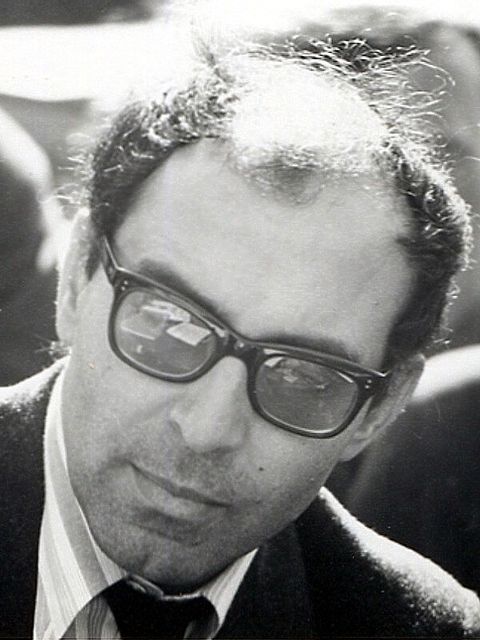 Whatever Godard’s later evolution, very much shaped by the fate of the social revolution in the last third of the 20th century, the movies he made with Karina remain among the most intellectually lyrical evocations of romantic feelings in the postwar period.

Karina was born Hanne Karin Blarke Bayer in Copenhagen on September 22, 1940. Her father, a ship’s captain, deserted the family while she was still an infant. She grew up, unhappily and restlessly, with her mother’s parents. Before her 18th birthday, she took off for Paris, with the hope of becoming an actress.

After a number of modeling jobs, Karina came to the attention of Godard, who had seen her in a Palmolive soap advertisement. He attempted to hire Karina for a small role in his first feature film, Breathless (1959). The effort failed when the aspiring actress angrily refused in advance to take her clothes off in the proposed film. Later in 1959, Godard invited her in for a principal role in his next movie. In this video, Karina discusses her early experiences in France.

Karina was eventually persuaded to perform in his Le Petit Soldat, a story about a young man (Michel Subor) coerced into working for French intelligence during the neo-colonial Algerian war. He meets and falls for Véronica Dreyer (Karina, in a tribute to famed Danish director Carl Dreyer), who is a sympathizer of the Algerian National Liberation Front. The French authorities end up torturing Véronica to death. The politics of the work are murky, but even so the French government held up its release for three years. 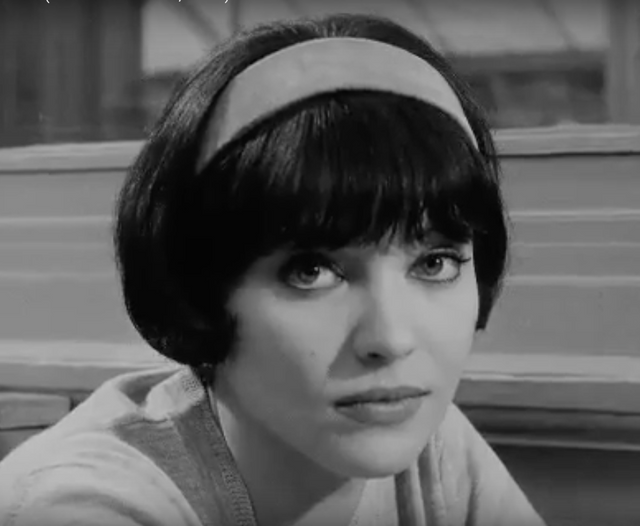 The second film Godard and Karina (now a couple) made together was the slight A Woman Is a Woman (Une femme est une femme, 1961), a quasi-musical about an exotic dancer, who wants to have a baby. The film is too much of an uncritical tribute to “femininity” (“the sheer otherness of women,” in critic Andrew Sarris’s approving phrase) and Godard’s own overwhelming feelings for Karina. It suffers from preciousness.

Vivre sa Vie stands up today as perhaps the most remarkable collaboration between Godard and Karina. The latter plays Nana, a clerk in a record shop and an aspiring actress, who falls into prostitution. The black-and-white work tells its sad tale in 12 succinct chapters.

Karina’s face and features are here subordinated to a larger cause, the sordid story, sympathetically told, of prostitution in contemporary Paris. In a dialogue between Nana and the narrator, the details of the life emerge: “Do I have a room?” “Hotels usually change the towels, not sheets. Beds are often made just with a bottom sheet.” “The police?” “They conduct raids, interrogations. Anyone infringing regulations is sent for medical tests.” “Can I drink in a café?” “A drunken prostitute is a liability, undesirable because she creates scenes.” “If I’m pregnant?” “People think prostitutes always have abortions. That’s not true. They do try to avoid pregnancy, by chemical or other means. But when pregnancy is confirmed, abortions are rare.” “Must I accept anyone?” “The prostitute must always be at the client’s disposal. She must accept anyone who pays. That one ... that one...” “Are there clients every day? Lower-grade prostitute average five to eight clients a day,” etc.

The references to Émile Zola, Edgar Allan Poe, the actress Louise Brooks in G.W. Pabst’s Pandora’s Box (1929), Dreyer’s The Passion of Joan of Arc (1928), gangster films, the inclusion of French philosopher Brice Parain in an extended scene, all help give the work its weaker, more self-conscious side. However, My Life to Live’s genuinely moving and disturbing elements, its social and psychological concreteness largely prevail. These sequences may provide an idea:

Alphaville and Pierrot le Fou are also valuable, often beautiful works, and also not without their self-conscious and precious moments. 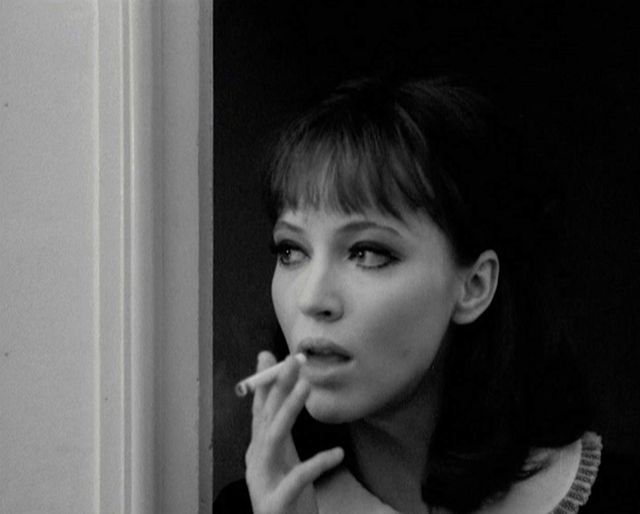 The Godard-Karina films document a couple of things at once: the liveliness of a younger, middle-class postwar generation determined to make its own way intellectually, culturally and psychologically; the inevitable emergence and even eruption of political issues, such as the Algerian and Vietnam wars, and eventually the May-June events in 1968, for which this same generation was largely unprepared.

The marriage of Karina and Godard disintegrated painfully in the mid-1960s in part as the result of the innumerable pressures that bore down on them under conditions of film industry success and increasing social tensions of the 1960s. By the time Godard turned to the left, discovering Maoism and even flirting with Trotskyism, their relationship had dissolved.

As it did for many French intellectuals, by various routes, some more circuitous and protracted than others, the great general strike in 1968, which forcefully demonstrated the revolutionary potential of the working class, proved Godard’s undoing. His misguided efforts at “anti-bourgeois” agitational and propaganda films failed miserably, while his more recent work has shown an almost pathological demoralization and disillusionment, but those are subjects for another article. 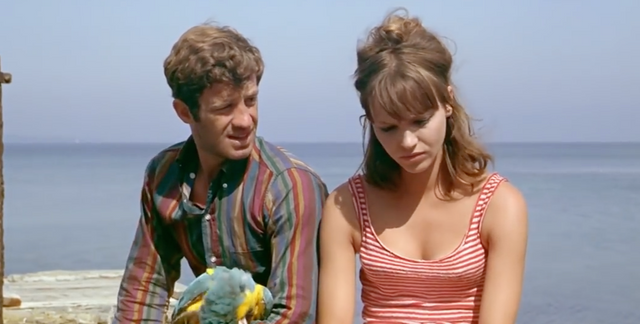 Karina went on to make films with Luchino Visconti, Volker Schlöndorff, George Cukor, Tony Richardson, André Delvaux, Rainer Werner Fassbinder, Raoul Ruiz, Jacques Rivette and Jonathan Demme, as well as directing two films herself, but it is unlikely that anyone would dispute the fact that her performances in the early films with Godard were her most enduring.

Godard’s films with Karina joined intellectual seriousness, intriguing literary and film influences, considerable humor, strong even obsessive emotion and visual and verbal poetry. Sarris, writing about A Woman Is a Woman in 1964, argued that the film “employs all the resources of the cinema to express the exquisite agony of heterosexual love.” These films had a lasting influence on their audience. As Fassbinder once noted, Godard’s works were among the first his generation viewed that revealed films could do more than merely entertain.

The collapse of the Godard-Karina cinematic collaboration in the face of political upheavals in the 1960s reminds one a little of Leon Trotsky’s comments about the poet Vladimir Mayakovsky in Literature and Revolution. Trotsky argued that Mayakovsky’s pre-Russian Revolutionary poems were “artistically his most significant and creatively his boldest and most promising work.” The poet’s efforts suffered when he attempted to “enter the orbit of the Revolution.” Trotsky, of course, was not arguing for artists to remain aloof from political events, which is not a possibility in any event, but pointing to the inevitable difficulties when petty bourgeois bohemians left “the closed-in world of the intelligentsia.”

The Godard-Karina films from the early 1960s remain indispensable viewing.