Growing demands for Australian government to intervene in defence of Assange

On Tuesday, a group of more than 40 prominent public figures issued an “Open letter to Scott Morrison regarding Julian Assange.” 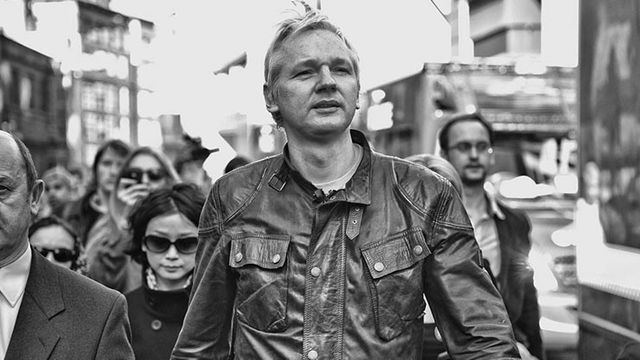 The letter detailed the nine-year US-led persecution of Assange. It condemned the US attempt to prosecute him under the Espionage Act for publishing documents exposing Washington’s wars in Afghanistan and Iraq, “the latter of which was declared illegal by the UN Secretary-General.”

The public figures warned that a US prosecution of Assange would establish a precedent for the victimisation of other journalists, branding it as “incompatible with press freedom, which in times of peace and conflict alike, hinges on the assurance that it will not be traded off. Free expression is integral to transparency, without which democracy is necessarily a treacherous illusion.”

The letter insisted that “the Australian Government must act to defend the beleaguered rights of Julian Assange.” It noted that Assange is being denied adequate medical care in Britain’s maximum-security Belmarsh Prison, despite warnings from doctors and UN officials that his health has deteriorated to the extent that it threatens his life.

In its concluding sections, the letter stated that “extraterritorial prosecution must be vigorously opposed, and with particular respect to Assange, by way of openly and preemptively refusing his extradition from Australia to the U.S. This should occur in tandem with securing him the option, with an itinerary of his choosing, to be availed of diplomatic escort to a friendly Australian doorstep.” It stressed that there was “no latitude” to “deviate from these positions.”

The letter has been endorsed by the famous Vietnam war whistleblower Daniel Ellsberg, along with former US intelligence officials who exposed aspects of the American government’s mass surveillance programs. It has been signed by well-known Australian civil liberties lawyer Julian Burnside, as well as journalists such as Andrew Fowler, Mary Kostakidis, Brian Toohey and Dylan Welch. More than a dozen Australian academics have also put their name to the document.

In an accompanying press release, longtime WikiLeaks supporter Simon Floth, who organised the initiative, explained that it “resulted from international law and the Prime Minister’s duty being ignored and obscured… so clarity and focused demand are crucial to save Australia’s most famous citizen.” Kostakidis declared: “Our government has abrogated its responsibility to an Australian citizen and ceded sovereignty to the United States.”

The letter was issued a day after a group of more than 100 doctors wrote to the Australian government, insisting that it “negotiate Julian Assange’s safe passage from Belmarsh Prison to an appropriate hospital setting in Australia, before it is too late.”

The doctors had previously written twice to the British government, calling for it to transfer Assange to a university teaching hospital in view of his dire medical condition. They wrote to the Coalition government, along with the Labor Party opposition, after their appeals were ignored by the British authorities.

The doctors condemned the refusal of successive Labor and Coalition governments to defend Assange since 2010. They rejected the claims of Liberal-National Prime Minister Scott Morrison that he is powerless to intervene, citing a host of recent precedents in which Australian governments have deployed their legal and diplomatic powers to secure the freedom of citizens detained abroad.

Addressing Foreign Minister Marise Payne, the doctors pointedly stated: “Should Mr Assange die in a British prison, people will want to know what you, Minister, did to prevent his death.”

There has been no official response to either letter from the government or the Labor opposition. This is of a piece with the attempts by the entire political and media establishment to suppress any discussion of Australia’s responsibilities to Assange as a citizen and journalist, especially since his arrest by the British police on April 11.

When he was asked about the doctors’ letter on Australian Broadcasting Corporation Radio earlier this week, Labor Shadow Treasurer Jim Chalmers said only that the Assange case was a “fraught area.” Pressed for a response, Chalmers blandly stated: “We want to see Mr Assange treated in a humane way, in a way that respects international law.”

Chalmers personifies the reason why the parliamentary parties, and Labor in particular, are hostile to Assange. The Labor MP was identified in diplomatic cables published by WikiLeaks as a protected source of the US embassy, i.e., an informant of the American government.

Chalmers was closely aligned with former Labor leader Kim Beazley, nicknamed “Bomber Beazley” because of his support for US military interventions. Beazley, after leaving parliament, served as Australian ambassador to the US before taking up a position on the Australian board of Lockheed Martin, a US arms manufacturer notorious for its involvement in Washington’s criminal wars.

This points to the fact that the hostility of the Australian political establishment to Assange is inextricably tied to its alliance with US imperialism, along with its own turn to police-state measures, including a crackdown against whistleblowers and investigative journalists.

The two letters to Labor and the government reflect a groundswell of hostility to the Australian ruling elite’s protracted collaboration in the US-led vendetta against Assange.

Mounting opposition from below has also compelled a group of federal MPs to break their protracted silence over Assange’s plight, and form a cross-party parliamentary group calling for his freedom.

The co-chairs of the grouping, independent MP Andrew Wilkie and Nationals parliamentarian George Christenson, have issued a number of statements warning against the implications of the US attempt to extradite Assange. The group, however, has not yet announced any public campaign in his defence. It has held no demonstrations, public meetings or advertising initiatives to rally support for Assange. The WikiLeaks founder has scarcely been mentioned in either house of parliament.

Greens Senator Peter Whish-Wilson, who is a member of the group, issued a statement on December 12, declaring that “Julian Assange’s extradition to the country whose war crimes he exposed sets a dangerous precedent for press freedom–and our democracy.” He stated: “We are building a campaign to Bring Assange Home.”

The Greens, however, have blithely dismissed calls from within their own ranks to wage a public campaign for Assange’s freedom. Over the past eight months, they have not organised a single action, or mobilised anyone, in his defence.

Greens leader Richard Di Natale and prominent MP Adam Bandt, who are also members of the grouping, have issued only a handful of pro forma statements this year expressing concern over the persecution of Assange. Di Natale, who is a doctor by profession, has not signed any of the three letters by medical experts calling for action to be taken to safeguard Assange’s health.

At the same time, the Greens leader is publicly calling for Labor—the party that has played a central role in the campaign against the WikiLeaks founder—to collaborate with the Greens, and to consider forming coalition governments with it. Greens MPs have hailed the record of their de facto coalition with the Gillard Labor government, which in 2010 branded WikiLeaks a criminal organisation and pledged to assist the US attempts to destroy it.

The record demonstrates that the fight for Assange’s freedom will not be taken forward through plaintive appeals to official politicians, or the promotion of illusions in them. As the Socialist Equality Party and the WSWS have insisted for the past 18 months, an Australian government will only fulfil its obligations to Assange if it is compelled to do so by mass pressure from below.

In the lead-up to Assange’s extradition hearing in February, all defenders of democratic rights must fight to build that pressure, by mobilising workers, students and young people to demand the unconditional freedom of Assange and the courageous US whistleblower Chelsea Manning.