A WSWS reporting team recently spoke to residents of the New South Wales (NSW) mid-North Coast, which was devastated by bushfires in early November. At least 121 homes have been destroyed in the area, roughly 300 kilometres north of Sydney, while one person tragically lost their life. 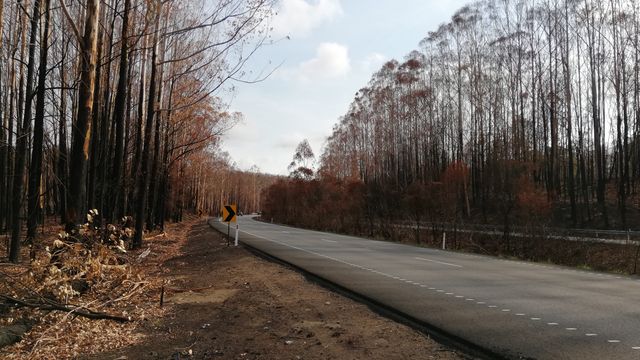 Residents are currently on Level 4 water restrictions, the most severe level which limits water use to essential indoor purposes only. The Manning River, which provides the region with 90 percent of its water supply, has reportedly stopped flowing, and other tributaries have dried up.

Almost 2,000 firefighters are currently battling around 108 blazes across NSW, amid extremely hot weather. The state Liberal government today announced a week-long “state of emergency.” Catastrophic fires have also been raging in the neighbouring states of Victoria and Queensland, as well as in Western Australia.

Severely dry conditions, high temperatures and low humidity are combining to enhance the impact and speed of bushfires. At least 724 homes, 49 facilities and 1582 outbuildings have been destroyed in NSW so far. Six people have died.

The crisis has exposed the evisceration of firefighting services by successive state and federal governments, Labor and Liberal alike. It has underscored the criminality of the refusal of every capitalist institution to take any action to alleviate climate change, which is resulting in an increase in the frequency and severity of extreme weather events.

The WSWS spoke to Jai Allison, a resident of the town of Elands, north of Taree. Allison is also a researcher at the University of Newcastle studying a PhD on the emergency response of local communities. 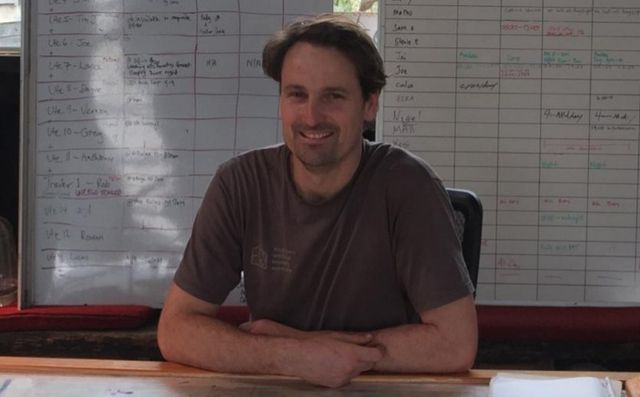 He commented: “The scale of this disaster is unprecedented and has been compounded by the approach to disaster management by the federal government. For years, the fire brigades have warned of the risk and threat levels, appealing for the state and federal government to take action. Instead, they have been confronted with denial along with consistent cuts to funding for fire services.

“There was once a depoliticised concept in emergency management known as ‘community resilience.’ This is a term for better preparing and managing disasters through the empowering and training of communities who have access to local knowledge, support networks and relationships that have built over the years. This was meant to be complementary to government assistance, but over time this has been seized upon by a neo-liberal agenda to justify a shift of funding and responsibility away from the state and federal government to small communities and individuals. 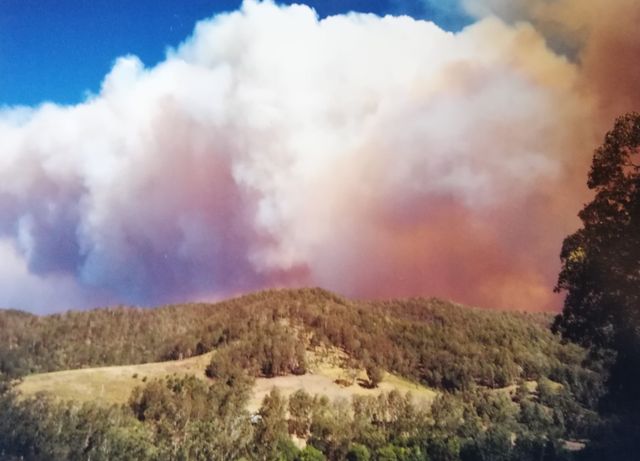 “Much of the work pertaining to disaster response is now contracted out to agencies such as the Australian Red Cross and Anglicare and a lot of support comes from charities. In fact, there has been a viral breakout of support from minority groups such as the Lebanese community.”

One local resident confirmed that there was upwards of $200,000 of product donated by the Muslim and Lebanese community of Sydney, stating: “They were phenomenal. They would ring, ask what we wanted and in two days we would have it by truck.” 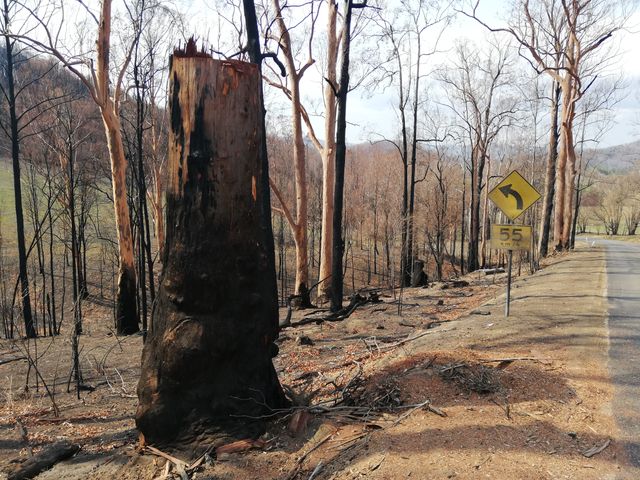 The WSWS also spoke to residents of Bobin, south of Elands, who were hosting a Christmas party to thank volunteers from the Rural Fire Service and State Emergency Services. The town lost 18 homes, as well as the local public school. 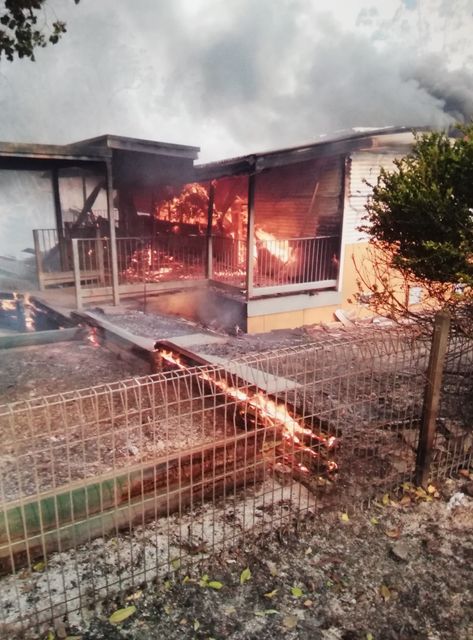 Bobin public school during the fire, supplied by local resident

The fire hit Bobin rapidly and without forewarning. According to the Manning River Times, the Bobin School principal had declared the school closed on a “gut decision” the night before the fires raged through on November 8. If this action was not taken, the 17 students may have been in the school when it was burnt down the following day.

Christine is a 77-year-old who has lived in the area for 40 years. “They put a phone tower on the mountain, but you only receive reception if you’re positioned well,” she said “Some friends got very upset as there was no communication. No landline, mobile phone reception or internet.”

When asked about the refusal of the Morrison government to link climate change with the fires, she replied: “To say that it has nothing to do with global warming is amazing! We may not pollute greatly here but we export coal to countries around the world. It is easy for Scott Morrison to say these things, he lives in a bubble in Canberra. 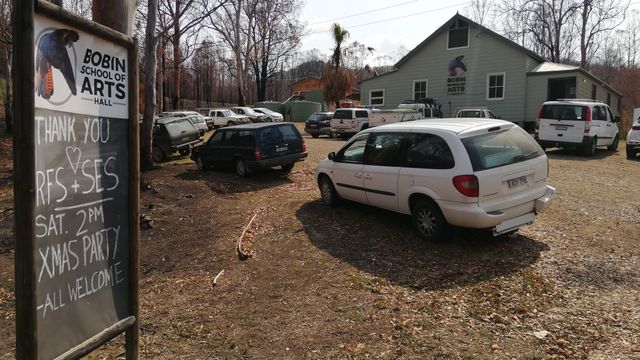 “There has been no rain since March. There have been two or three tiny drops but that’s it. A lot of platypuses have gone away. The creeks are completely dry. We don’t have a lot of cattle, but we had to sell half as there is no more feed. Now there’s no water, let alone feed.

“The cuts to the firefighters have been ridiculous. This is a very small community. Five firefighters are alone in this district and they had to fight so many fires at the same time.”

Tracey, 53, is a sales representative for a local retirement village and has been living in Bobin for five years. She recently lost her house in the fires. 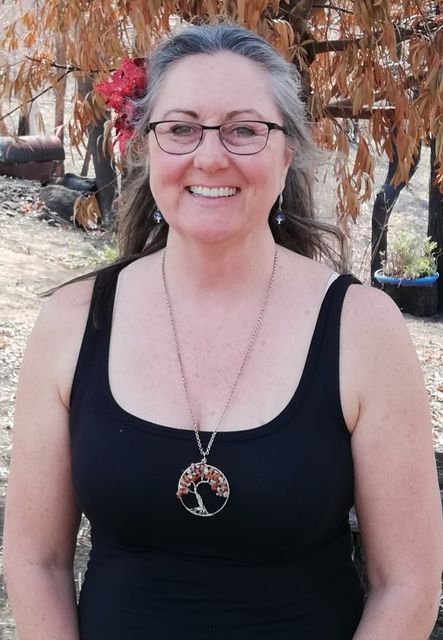 “I went to all fire departments in the area asking what the major problems were,” she stated. “I was told it was a lack of communication between the trucks. Every kid in the country has an iPad, so I’m flabbergasted that these people don’t have them in their trucks.

“Wouldn’t you think, satellite communication, navigation? Even down in Old Bar on the coast, the fire chief said it was so stressful and terrifying because he would have fire trucks going out in the flame zone and he would lose contact with them, even if they were only a kilometre away from the command centre.

“The way I see it, we have the military capability to watch someone eating a sandwich in the Middle East, and we don’t even know where our fire trucks are. If a tree fell over, there would be no way of getting on top of the situation. Completely surrounded by fire, they were uncontactable.

“They should have satellite phones in every truck and iPads with maps. We would still have a house if they did, as there was a communication breakdown over where it was. Not that I’m in any way ungrateful. I’m extremely grateful the shed was saved, but ultimately it’s their lives that we should be worried about.”

Reporters also spoke to residents in the state capital of Sydney, which has been hit by unprecedented smoke hazes as a result of the fires. Medical experts have warned that the smog contains toxic particles that are extremely hazardous to health. 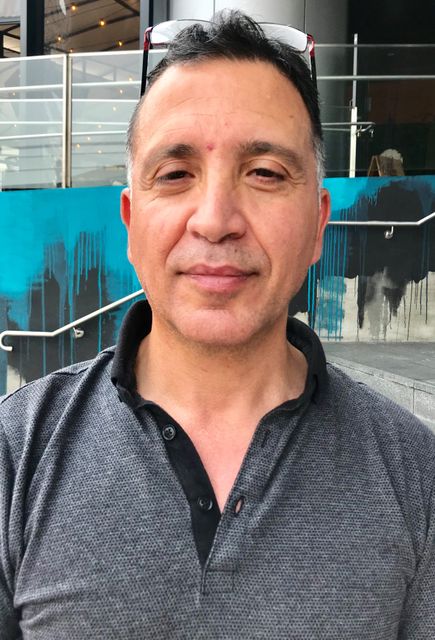 Jad, who works at an airport, stated: “It’s a real disgrace. The volunteer firefighters are doing most of the work, and the government is saving taxpayer money and using it on unnecessary things. I’m more than certain that the Australian government has money to purchase planes to fight the fires, instead of wasting money on military jets and military equipment.

“It’s a disgrace that this toxic environment is now one of the worst in the world. People are getting sick and are going to hospital. We blame it on the government 100 percent. These fires will happen every single year and they know that.”

Garoufalia, a high school student, said: “We have a lot of smoke in the area, particularly in the mornings and afternoons. A lot of our sports and outdoor time has been cancelled. A number of students have been experiencing asthma attacks.

“I think we have all the solutions right now. We have scientists and the resources, but those in charge, our government, aren’t doing anything to stop it. They have the financial ability, they have the power to do everything, but they’re not doing anything.

“Instead they’re agreeing to a large new coal mine in Queensland and putting extra money towards weapons and war. I don’t think it’s the right thing to do.”

Vesna, a factory worker, said she was shocked by the early bushfire season: “It’s a disaster. I’ve lived here for 34 years and I’ve never seen anything like this. I don’t know what to say or who to believe anymore. Why are bushfires starting like this, one after another? People are trying to help but it seems like every day there’s a new fire.”