“He is a political prisoner, not a criminal”

A delegation of two medical observers was prevented from entering the public gallery at yesterday’s case management hearing for Julian Assange. 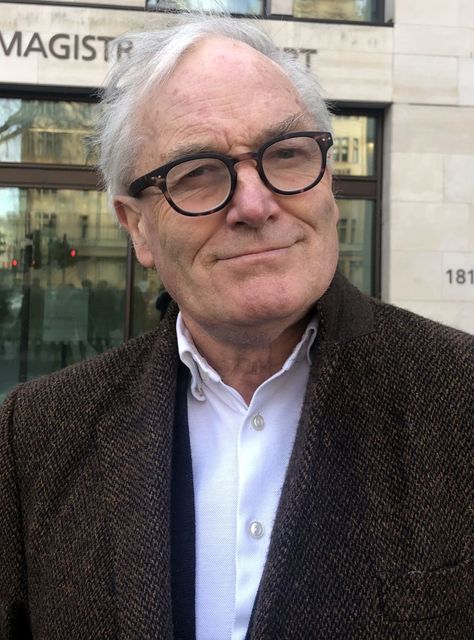 Psychiatrist Marco Chiesa and psychologist David Morgan attended the hearing on behalf of Doctors4Assange. They hoped to observe Julian’s condition after warnings by UN Special Rapporteur on Torture Nils Melzer that Assange’s health has deteriorated dangerously due to prolonged psychological torture by the US, UK, Ecuadorian and Swedish states for nearly a decade.

Dr. Chiesa and Dr. Morgan are among more than 100 doctors from around the world who have issued three open letters to the UK and Australian governments since November 25, protesting Assange’s brutal persecution and garnering worldwide media attention and public support. The doctors have acted on their duty to report torture and have called for Assange’s urgent transfer from Belmarsh Prison to a proper hospital setting.

On the eve of yesterday’s hearing, Dr. Stephen Frost, a lead signatory for Doctors4Assange, issued the following statement:

“That it is deemed necessary for senior medical experts to attend today’s hearing to observe Julian Assange from the public gallery via video link points to the extreme recklessness of the UK government’s continued arbitrary detention of Julian Assange and the psychological torture which results from that, as stated by the UN Special Rapporteur on Torture, Nils Melzer. We repeat that it is impossible to assess adequately let alone treat Mr Assange in Belmarsh prison and that he must as a matter of urgency be moved to a university teaching hospital. When will the UK government listen to us?”

Speaking outside Westminster Magistrates Court after the hearing, Dr. Morgan explained his own concerns following Assange’s in-person appearance at Westminster Magistrates Court on October 21: “His last appearance was hugely alarming. I have met Julian Assange in person previously and the deterioration was marked. He is a political prisoner, not a criminal. Even criminals deserve good treatment and good medical health care, but Julian Assange isn’t a criminal, he hasn’t hurt anybody. Why is he being treated in this way? I do wonder why organisations such as Amnesty International who are usually very good about these sorts of things—when people are being tortured about their political opinions—why they haven’t got involved and I think that it is time that they did.

“Julian Assange is at the moment a political prisoner in Belmarsh, and I believe that he is probably a victim of neglect, both medically and psychologically, I was hoping that by coming to the magistrates court today, I was going to provide some observations about Julian Assange’s health, psychologically, and with my colleagues, physically.

“Unfortunately, on our arrival we have been denied access to the court. It’s unclear why we weren’t allowed in, but one is suspicious. And why something, as innocent really as a medical and psychological report from our observations of Julian Assange in court, was denied. We were supposed to be on the list and then suddenly we weren’t. So, I leave it open to other people to speculate why that might have been the case today.

“I have worked with whistle blowers and on other cases where similar things have happened. Hopefully we can find out and have some inquiry into this, so that next time he is in court—either on video or in person—some of us can be there and help think about what sort of treatment he is getting in Belmarsh.”

Responding to questions about the venue for next year’s full extradition hearing—Woolwich Magistrates Court, attached to Belmarsh via an underground tunnel and which has a smaller public gallery than even Westminster Magistrates Court—Dr. Morgan stated, “It’s obvious that if Julian Assange is going to have a fair hearing, the court should have access to a lot of people who can comment on his physical and mental appearance. Obviously, his family will want to be there, but other people too. His supporters who want to help understand the suffering that he is going through, they won’t be allowed in. I think it has been constructed that way. I am not being a conspiracy theorist, but I have experienced this before. There is a huge restriction on anybody who can provide some objective explanation about what is happening to him.

“He is a political prisoner and Britain has in the past had a good reputation for protecting people that have political opinions that maybe challenge the norm. But I certainly think this is a swing to the right really, an extremely cruel way of dealing with somebody whose opinions I think many, many people support. To see someone treated in this way and turned into a helpless victim of our prison system is really appalling.

“He has been put in a position of feeling utterly helpless. I don’t trust the medical care in Belmarsh prison to take care of him. It’s a government institution, and the people employed medically within that institution are employed by the government, although they are professional people.

“To help him to get access to objective medical care is enormously important. I think he’ll be very depressed. I think he’ll be feeling very isolated. Anybody in prison feels like this, but I think the fact that he has been incarcerated for political opinions should be appreciated and I think he must be in deep despair and distress.

“When one is in that state of mind, one’s anger and rage that can’t be expressed turns on oneself in a form of depression. I think it’s urgent that he be treated in hospital and gets psychological help, not because I think there is anything wrong with his mental health personally, but because anybody would be driven mad by these circumstances.

“All people who have opinions who challenge authority and challenge organisations are often put into a position where they are persecuted in this way and it is incredibly important to have support.”