The targeted assassination of the commander of the Islamic Revolutionary Guard Corps’ (IRGC) Quds Force, Major General Qasem Soleimani, at Baghdad’s international airport early Friday morning has sharply intensified the spiraling conflict between the US and Iran, placing the outbreak of a catastrophic new war in the Middle East on a hair trigger.

The Iraqi and Lebanese media, as well as officials in Iraq’s Shia militia movement, reported that a US missile strike killed Soleimani after he had disembarked from a plane that had brought him to Iraq from either Syria or Lebanon. Also slain in the attack was Abu Mahdi al-Muhandis, the second in command of the Popular Mobilization Forces (PMF), the powerful coalition of Iraqi Shia militias. 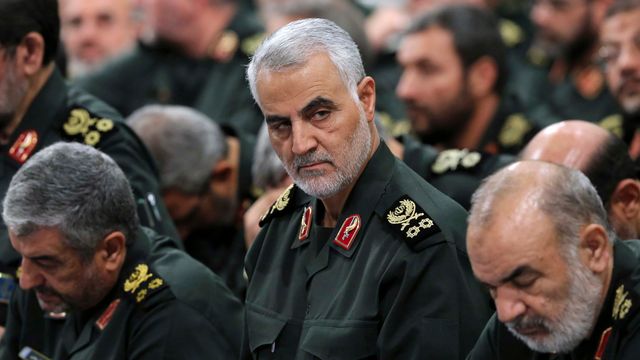 The Pentagon issued a statement taking responsibility for the killing: “The US military has taken decisive defensive action to protect US personnel abroad by killing Qasem Soleimani, the head of the Iranian Revolutionary Guard Corps-Quds Force, a US-designated Foreign Terrorist Organization.”

For its part, Iran’s Revolutionary Guards confirmed the killing, telling the Iranian media that “Honored supreme commander of Islam Soleimani was martyred in attack by US helicopters.”

Soleimani has been a major figure within the Iranian military since the Iran-Iraq war of 1980-88. As head of the Quds Force, he played a central role in defeating the US-backed Al Qaeda-linked militias unleashed by Washington and its allies against the government of President Bashar al-Assad in Syria, and subsequently helped lead Iraqi militia forces in routing the Islamic State of Iraq and Syria (ISIS). While mentioned as a possible candidate for the Iranian presidency, he rejected any run for office, insisting that he would serve his country as a soldier.

He was well known to US officials and military commanders, who had engaged in back-channel communications with the Iranian general since Tehran’s collaboration with Washington in the 2001 US invasion of Afghanistan.

The assassination came as the Pentagon dispatched another 750 US paratroopers to the Middle East, while 4,000 more have been placed on high alert for deployment to the region.

The deployment follows this week’s storming of the US embassy in Baghdad by Iraqi demonstrators, an act of popular anger over US militarism that Washington blamed upon Iran. 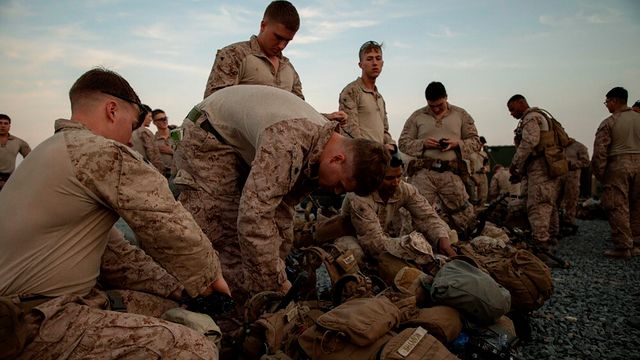 Defense Secretary Mark Esper claimed on Thursday that there were “indications out there” that Iran is planning “additional attacks” on US forces or interests in the region and that Washington was prepared to “take preemptive action” if it received any “word of attacks or some kind of indication.”

“The game has changed,” Esper said. “Do I think they might do something? Yes, and they will likely regret it.”

Thus, US imperialism has arrogated to itself the “right” to launch not only assassinations, but devastating military attacks on Iran based on the claim that it is acting to “preempt” rumored or invented threats from any entity in the Middle East that Washington deems an Iranian “proxy.” This category stretches from Iraqi Shia militias to the Hezbollah mass political and militia movement in Lebanon to Hamas, the Islamist party that governs the Israeli-occupied territory of Gaza.

On Tuesday, the US Embassy in Baghdad came under siege by thousands of protesters outraged over the December 29 US air strikes against bases in both Iraq and Syria of Kata’ib Hizbullah, an Iraqi Shia militia. The bombings, carried out by US F-15E fighters, killed 25 of the militia’s members and wounded at least 55 others.

The Trump administration claimed that the airstrikes were in retaliation for a missile attack on Iraq’s K-1 military base outside of Kirkuk in which an American civilian contractor was killed. While Washington blamed Kata’ib Hizbullah for the attack, it has presented no evidence of its responsibility.

The protesters, including many militia members and supporters, had marched on the embassy, located in Baghdad’s heavily fortified Green Zone, following funeral services for the slain militia fighters that had brought thousands into the streets of the Iraqi capital.

They scaled the wall surrounding the US Embassy and laid siege to it, hurling Molotov cocktails and rocks. The embassy complex, the largest US diplomatic facility in the world, sprawls over 104 acres on the Tigris River and, at its high point in 2012, housed 16,000 US personnel, an effective continuation of the American occupation that formally ended in 2011.

The protesters managed to storm the main entrance to the complex, setting alight a guard booth and two reception rooms. Photographs released by the Associated Press on Wednesday showed the charred interiors of these areas of the embassy, with smashed furniture and windows and smoke still rising from the ruins.

Walls to the embassy compound were left covered with graffiti, including slogans such as “US embassy closed by order of the people” and “Death to America and Israel.”

US Marines manning the embassy’s interior fired continuous rounds of tear gas, stun grenades and warning shots in an attempt to disperse the protesters. Apache attack helicopters circled overhead firing flares toward the crowds in what was described as a “show of force.”

While the December 29 airstrikes were meant as a demonstration of US power and a blow to the Kata’ib Hizbullah militia, the popular response expressed in the siege of the embassy has exposed the immense crisis of Washington’s policy in Iraq and across the region.

The crowds of protesters were able to reach and enter the embassy only because the elite US-trained Iraqi antiterror troops deployed to protect the Green Zone, which also houses government buildings, other embassies and villas of the Iraqi oligarchy, offered no resistance whatsoever.

The event further exposes the predominant role played in the Iraqi government and its security forces by Shia militias—many of which originated in the fight against American troops following the criminal US invasion of Iraq in 2003—organized under the umbrella of the Popular Mobilization Forces (PMF). This had already become clear in 2014, when the Islamic State of Iraq and Syria (ISIS) was able to overrun roughly a third of Iraq after US-trained security forces collapsed, and the main opposition was mounted by the forces that would be organized into the PMF.

Infuriating the Trump administration, among those present at the embassy protest were Faleh al-Fayyadh, the nominal head of the PMF, who also serves as the country's national security advisor, Hadi al-Amiri, the former minister of transport and leader of the Badr Brigades, one of the largest militias within the PMF, and other leading members of parliamentary factions tied to the Shia militias.

While the US ambassador had been meeting with these figures in recent months, US Secretary of State Mike Pompeo fired off an angry tweet, including a photograph of four of them, branding them as “terrorists.”

All of Iraq’s key government leaders, including the president, prime minister and head of the parliament, have denounced the US airstrikes as a violation of Iraqi sovereignty. Iraqi Prime Minister Abdul Mahdi, who heads a caretaker government after resigning in the face of mass protests against unemployment, social inequality and government corruption that have swept the country since last October, described the strikes as an “unacceptable vicious assault” against a militia that is considered part of Iraq’s armed forces and warned of its “dangerous consequences.” He described being notified by US Defense Secretary Esper of the impending bombings shortly before they were launched and pleading with him, unsuccessfully, to call them off.

The country’s President Barham Salih, who also condemned the US attack, described a similar conversation with a US diplomatic official.

While Trump fired off a tweet Wednesday thanking Abdul Mahdi and Salih for their “rapid response” to Washington’s demand that they provide security for the embassy, the US-trained Iraqi antiterrorism force charged with protecting the Green Zone issued a pointed statement to the media denying that it had received an order to protect “any entity.”

The protesters left the Green Zone chanting “Yeah, we burned them!” after being told by militia leaders that they had achieved their purpose and that legislation would be introduced in the Iraqi parliament demanding the expulsion of all US troops from the country.

While similar proposals have been introduced in the past without success, the present crisis may well have produced the conditions for the approval of such a measure. Leaders of a number of the blocs in the Iraqi legislature have signaled their support for ending the US military presence.

According to the Pentagon’s figures, some 5,000 uniformed US personnel are deployed in Iraq along with an unknown number—undoubtedly greater than that amount—of civilian military contractors. Their presence in the country was justified in the name of the “war on ISIS,” in which the US played a massively destructive role, reducing Mosul, previously Iraq’s second city, along with a number of other urban centers in Anbar province, to rubble and killing tens of thousands.

With ISIS smashed, Trump early last year allowed that having “spent a fortune on building this incredible base” in Iraq, Washington should keep it to “watch” Iran. The remark drew a swift rebuke from the Iraqi president, who stated that Iraq’s constitution “does not allow our territory... to be used against our neighbors” and that Baghdad did not want to be “part of any axis.”

If the Iraqi parliament were to vote for legislation mandating an end to the US military presence in Iraq, it is by no means clear that Washington would withdraw its troops. A continuation of the American occupation, initiated by an unprovoked and criminal invasion, would initiate a new stage in the protracted war that has devastated Iraqi society.

While Washington postures as the victim of missile attacks and an embassy invasion, the conflicts and tensions that continue to roil the Middle East are the product of decades of US military aggression and crippling economic sanctions against Iraq, Iran and Syria that have claimed well over a million lives.

This has culminated in the Trump administration’s abrogation last year of the 2015 nuclear accord between Tehran and the major world powers, followed by the initiation of a “maximum pressure” campaign aimed at reducing Iranian oil exports to zero and starving the Iranian population into accepting regime change and the installation of a US puppet government.

The recklessness and criminality that characterize Washington’s acts against Iran are not a sign of strength, but rather an expression of the deep-going social tensions, economic instability and political crisis gripping American capitalism, which the ruling financial oligarchy seeks to divert outward in an explosion of military violence.

A war against Iran would eclipse the horrific bloodshed of the Iraq war launched in 2003, drawing in the entire region and all of the major powers, including US imperialism’s so-called “great power” rivals Russia and China, bringing humanity face-to-face with the threat of a nuclear Third World War.