Hundreds with haemophilia in England and Wales could have avoided infection from HIV and hepatitis and death if government officials had accepted help from Scotland’s blood transfusion service.

Haemophilia is a hereditary condition in which the blood does not clot normally, causing severe bleeding from even a slight injury. 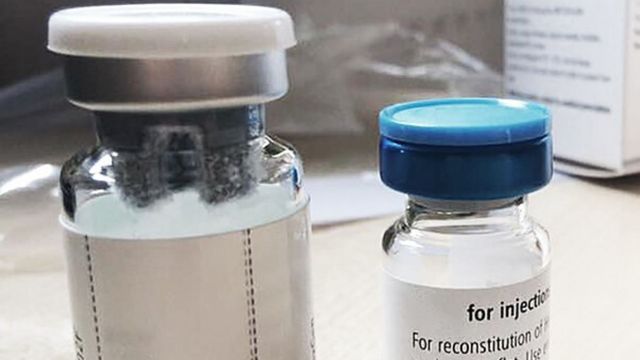 Jason Evans became a campaigner for justice over blood contamination deaths and founder of the Factor 8 group after his father died in 1993 after contracting hepatitis and HIV. A Freedom of Information request by Evans uncovered a January 1990 letter from Professor John Cash, then director of the Scottish Blood Transfusion Service.

In the letter, Cash said a review of services and production of the blood product Factor VIII in Scotland found there was “very substantial” spare capacity. For years prior Scotland had been self-sufficient in the production of Factor VIII, which was produced at the Protein Fractionation Centre in Liberton near Edinburgh.

In the 1970s, Factor VIII, after years of development, was a revolutionary medical breakthrough in the treatment of people suffering from haemophilia. Cash offered the then Conservative government use of this spare capacity but was rebuffed. He wrote, “It was assumed by those of us on the shop floor that this experiment [in 1980-81 on the availability of Factor VIII in Scotland] would expedite arrangements to give England and Wales assistance--but nothing materialised.”

The Guardian notes, “Cash said the first offer was made to the NHS in England in the late 1960s, and then reaffirmed after its production tests in 1980-81. Those offers were rejected by civil servants in the Scottish Office in Edinburgh and in the Department of Health and Social Services in London [DHSS].”

Cash’s frustration over the issue was palpable. He wrote of how he tried to "persuade on numerous occasions" those in more senior positions of the need for collaboration, but without success. He argued that were “serious defects in the operational liaison” between the Scottish department and the DHSS, which oversaw health policy in England. "I sense the ineptitudes of the past--1970s and 1980s--are about to catch up with us,” he wrote, warning that the decision by NHS in England not to use the spare Factor VIII was “a grave error of judgement.”

The refusal had devastating consequences as the National Health Service (NHS) in England and Wales continued importing Factor VIII from sources abroad that were known to be risky. These included purchasing Factor VIII from the United States--where people were paid to give blood--resulting in donations from prisoners and drug addicts who were infected with diseases including HIV.

Blood supplied from contaminated sources led to thousands of people being infected with diseases such as hepatitis and HIV, and the deaths of nearly 3,000 people in the UK. According to a recent parliamentary report, around 7,500 people were affected. The majority of the victims were people who suffered from haemophilia and needed regular injections of Factor VIII to survive.

Figures released last year found that in the 1970s and 80s, 4,689 haemophiliacs became infected with hepatitis C and HIV after receiving contaminated blood products supplied by the NHS. Of those infected by diseases, 2,883 subsequently died. The needless deaths of so many has been described as a “horrific human tragedy.”

The scale of fatalities associated with the decision not to use Scotland’s Factor VIII supplies can be understood from figures available showing that 60 people with haemophilia and 18 given transfusions were infected with HIV in Scotland. This contrast with the rate in England and Wales where 1,243 HIV infection cases were recorded.

The 2,883 who died in the UK are among tens of thousands impacted worldwide due to profiteering from the sale of infected blood.

• In the United States, around 8,000 haemophiliacs became infected as a result of receiving the contaminated blood products

• In Canada, 2,000 who received the contaminated blood products developed HIV and 60,000 Hepatitis C.

• In France, around 4,000 haemophiliacs were given contaminated blood. After drawn-out legal proceedings, in 1999 Socialist Party Prime Minister Laurent Fabius and Minister of Social Affairs Georgina Dufoix were acquitted while Health Minister Edmond Hervé was found guilty but given no penalty. Doctors in charge of verifying the safety of the blood were given and served heavy jail sentences.

• The Irish Blood Transfusion Service knowingly risked treating haemophiliacs with contaminated blood products during the early 1980s. More than 200 Irish haemophiliacs were infected with HIV and Hepatitis C as a result, including young children. Seventy-five of these people have since died.

The first UK inquiry into the contaminated blood scandal was led by Lord Archer of Sandwell, only reporting in 2009 under the Labour government of Gordon Brown. Archer concluded that commercial interests had been given a higher priority than patient safety. However, his was a non-statutory inquiry with no powers to force those government ministers or civil servants who declined invitations to do so to give evidence. While criticising the government’s slow response, Archer did not apportion any blame.

In Scotland, the Scottish National Party-led government announced an inquiry in 2008 that only finally reported in 2015. Another cover-up, it did not take any evidence from anyone at Westminster and concluded that in Scotland all that could have been done was done.

After decades in which successive Labour and Conservative prime ministers ruled out calls for an independent public inquiry, in 2017 Prime Minister Theresa May was forced to announce an inquiry into the contamination of blood products in the 1970s and 80s.

May’s announced the Infected Blood Inquiry only after Evans launched a civil litigation case in April 2017 against the government in respect of his late father, Jonathan. The case was brought by Collins Solicitors of Watford who applied for a Group Litigation Order from the High Court. Factor 8’s website notes that by the end of September 2017, as the government Inquiry opened, “there were over 500 potential litigants consisting of surviving victims and also family members of those who have died in the United Kingdom.”

Speaking about the discovery of the Cash letter, Evans said, “This is an incredible piece of evidence. We have testimony in black and white here, from a very senior source, which effectively shows hundreds of HIV infections within the haemophilia community could and should have been prevented.

“The statistics say it all--59 haemophiliacs were infected with HIV in Scotland, as opposed to 1,243 in England, where a high proportion of HIV-infected Factor VIII from the US was used.

“It fills me with a distinct sense of horror that so many of these people would still be alive if it were not for the total negligence that took place.”

Cash is set to give evidence at the Infected Blood Inquiry this summer.