In an official letter to the US government, United Nations Special Rapporteur on Torture Nils Melzer stated that its ongoing imprisonment of Chelsea Manning is a violation of international law “fulfilling all the constitutive elements of torture or other cruel, inhuman or degrading treatment or punishment.”

Manning has been jailed since May 16 for refusing to give perjured testimony to a Grand Jury against WikiLeaks founder Julian Assange, and potentially other representatives of the media organisation.

Assange, meanwhile, is imprisoned in Britain’s maximum-security Belmarsh Prison in conditions of virtual solitary confinement. Melzer has condemned the nine-year persecution of Assange and found last year that it had led to him showing medically-verifiable symptoms of psychological torture. Assange faces extradition to the US and the prospect of life imprisonment, for having published, in 2010 and 2011, documents that Manning leaked exposing war crimes in Iraq and Afghanistan, global diplomatic conspiracies and human rights violations at the notorious Guantanamo Bay military prison. 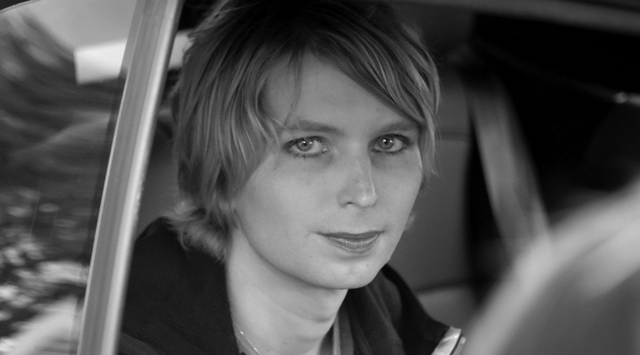 In his letter on Manning, sent in October and publicly released on December 30, Melzer noted that the courageous whistleblower had been the subject of an “urgent appeal” by his predecessor in 2010.

At the time, Manning, awaiting trial for having leaked the damning US army and diplomatic documents, was being held in brutal conditions of solitary confinement in a military prison. She was denied adequate medical treatment and attempted suicide twice. Manning was eventually convicted on espionage charges and sentenced to decades in prison.

Manning was only released in 2017 when Barack Obama, who had spearheaded her persecution, commuted her sentence in the dying days of his presidency.

Melzer noted that Manning has now been imprisoned since last May, after having been found “in contempt of court” for refusing to cooperate with the Grand Jury targeting WikiLeaks. In addition to the deprivation of her liberty, Manning is being fined $1,000 for every day that she is detained. The punitive financial penalties, which now run into hundreds of thousands of dollars, have forced the whistleblower to give up her apartment and have left her bankrupt.

Melzer wrote: “I express serious concern at the reported use of coercive measures against Ms. Manning, particularly given the history of her previous conviction and ill-treatment in detention.”

The UN official wrote that Manning was being held under draconian legislation, which enables judges to seek to coerce witnesses into testifying before a Grand Jury.

This, Melzer wrote, “involves the intentional infliction of progressively severe mental and emotional suffering for the purposes of coercion and intimidation at the order of judicial authorities. Indeed, victims of prolonged coercive confinement have demonstrated post-traumatic symptoms and other severe and persistent mental and physical health consequences.”

The UN official stated: “Based on these elements I conclude that such deprivation of liberty does not constitute a circumscribed sanction for a specific offence, but an open-ended, progressively severe measure of coercion fulfilling all the constitutive elements of torture or other cruel, inhuman or degrading treatment or punishment.”

He rejected claims that such measures fall under the rubric of “lawful sanctions,” branding them as a violation of US obligations to uphold the prohibition of torture and unjust imprisonment under domestic and international law. Melzer demanded further information about Manning’s imprisonment.

He warned that while Manning’s detention was officially limited by the 18-month duration of a Grand Jury, she could continue to be detained based on the convocation of new Grand Juries. This is what took place in May, after the previous jury, under which Manning had been detained since late March, expired.

Melzer stated that if it was the case that she was being detained, purely for means of coercion, “I recommend that Ms. Manning be released without further delay, and that any fines disproportionate to the gravity of any offence she may have committed be cancelled or reimbursed.”

The US government did not reply.

In a statement responding to Melzer’s letter published on Sparrow Media last week, Manning declared: “My long-standing objection to the immoral practice of throwing people in jail without charge or trial, for the sole purpose of forcing them to testify before a secret, government-run investigative panel, remains strong.

“Nearly every other legal system in the world condemns coercive confinement, and long ago replaced secret grand juries with public hearings. I am thrilled to see the practice of coercive confinement called out for what it is: incompatible with international human rights standards. Regardless, even knowing I am very likely to stay in jail for an even longer time, I’m never backing down.”

Manning’s attorney, Moira Meltzer-Cohen, similarly welcomed the UN official’s intervention. She said, as previously noted, that Manning’s detention cannot even be considered coercive because the courageous whistleblower has made clear that she will not collaborate with a Grand Jury under any circumstances. This renders her detention punitive, in violation of even the draconian statutes governing the operation of Grand Juries.

In a New Year message posted on Twitter, Manning pointed to the extraordinary character of the persecution she has endured, along with her determination to continue to resist. She noted that in the decade from 2010 to 2019, she had spent 77.76 percent of her time in detention, 11.05 percent of it in solitary confinement. The courageous whistleblower defiantly stated that she had spent “100.00% being true to myself no matter what” and “0.00% backing down.”

The brutal treatment of Manning is bound up with the intensity of the US government’s campaign against Assange and WikiLeaks. The US state apparatus is determined to silence the media organisation and its founder, as the spearhead of a broader onslaught against left-wing, alternative and anti-war publications.

At the same time, Manning’s courageous leaking and her refusal to capitulate to government demands are viewed as an affront and a political threat by the US ruling elite.

Late last year, in comments made during an interview in which he was hailing US troops accused of war crimes, US President Donald Trump denounced Manning for having done “horrible things” in 2010, and condemned Obama for ever having released her.

Amid preparations for new US wars, including against Iran, Russia and China, the imprisonment of Manning is aimed at chilling mass anti-war sentiment. It is intended to intimidate anyone within the military who is thinking about replicating Manning’s actions and alerting the population to the criminal intrigues carried out behind closed-doors and supported by a pliant corporate media.

This underscores the fact that the defence of Manning, and Assange, is a crucial spearhead of the fight against imperialist war and the defence of democratic rights. Amid an explosion of militarism, and a turn by governments around the world to authoritarianism in response to an upsurge of the class struggle, it is crucial that workers everywhere demand the immediate and unconditional freedom of both courageous class-war prisoners.