United Nations official Nils Melzer has publicly released a powerful letter he addressed to the British government on October 29, documenting the criminal culpability of the country’s authorities, including its political leadership, in what he condemned last year as the “psychological torture” of WikiLeaks founder Julian Assange.

Melzer’s letter, published online on December 31, was a response to earlier correspondence from the British authorities, in which they blithely dismissed his finding that Assange was subject to ongoing psychological torture. This resulted in part from his almost seven-years of effective detention in Ecuador’s London embassy, enforced by British threats to arrest him if he set foot outside the building, and his imprisonment since April 2019 in the maximum-security Belmarsh Prison.

Melzer had addressed a series of queries to the British government over the conditions of Assange’s incarceration, including why he was being held in conditions of virtual solitary confinement and denied the necessary means to prepare his defence for US extradition hearings in February.

The British government had blandly declared its opposition to torture, while claiming that it was upholding Assange’s legal rights. It answered none of Melzer’s specific questions and dismissed his call for the WikiLeaks founder to be released from prison, despite warnings from medical professionals that his health has deteriorated to the point that his life is at risk. 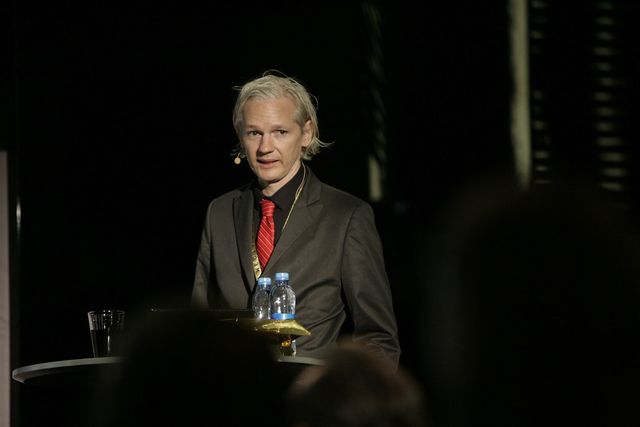 In his latest document, Melzer stressed the scientific rigor of the assessment that Assange had been tortured, which was based on a four-hour consultation in Belmarsh Prison involving the UN rapporteur and two medical experts. The diagnosis stemmed from medically-verifiable evidence and conformed to “The Istanbul Protocol”—the international standard for identifying the symptoms of torture.

Melzer pointed to the implications of Britain’s rejection of these findings, stating that “the conduct of Your Excellency’s Government in the present case severely undermines the credibility of the UK’s commitment to the prohibition of torture and illtreatment, as well as to the rule of law more generally.”

Melzer bluntly wrote: “The official findings of my mandate, supported by two experienced medical experts specialized in the examination of torture victims, unquestionably provide ‘reasonable ground to believe’ that British officials have contributed to Mr. Assange’s psychological torture or ill-treatment, whether through perpetration, or through attempt, complicity or other forms of participation.

“Under Art. 12 of the Convention against Torture, British authorities do not have the political discretion to simply reject these findings, but have a clear and non-derogable treaty obligation to conduct a prompt and impartial investigation into these allegations and, if confirmed, to prosecute the perpetrators and provide redress and rehabilitation to Mr. Assange.”

The UN rapporteur documented that Britain had similarly stymied his calls for a judicial investigation into its involvement in the US-led torture programs associated with the wars in Iraq and Afghanistan—which WikiLeaks and Assange have done so much to expose. This, he noted, “gives the impression of a broader policy of impunity, which would be incompatible with the UK’s legal obligations and would seriously undermine the credibility of its commitment to human rights and the rule of law.”

Melzer’s detailed letter outlined Britain’s involvement in the attempted frame-up of Assange on sexual misconduct allegations by Sweden, its collaboration with the US attempts to conduct what can only be described as an extraordinary rendition operation against the WikiLeaks founder and its persistent denial of his rights to due process over the past 12 months.

The UN official’s conclusion demonstrates that Assange is being subjected to a lawless attempt to silence him and to destroy WikiLeaks. Melzer wrote: “I am of the considered opinion that recurring and serious violations of Mr. Assange’s due process rights by UK authorities have rendered both his criminal conviction and sentencing for bail violation and the US extradition proceedings inherently arbitrary, to the point even of rendering any legal remedies a pointless formality devoid of prospect.”

Melzer demanded the abandonment of the extradition proceedings, Assange’s freedom and a criminal investigation into those responsible for his persecution.

Melzer also drew attention to reports that Assange’s health has continued to deteriorate. Last year, dozens of eminent doctors wrote twice to the British authorities, as well as to the Australian government, voicing their fears that Assange could die in prison. Their calls for him to be moved to a university teaching hospital and provided with urgent medical treatment have been ignored.

The latest testimony concerning Assange’s health situation was provided by British journalist Vaughan Smith, who tweeted that Assange had called his family on New Year’s Eve. Smith wrote: “He told my wife and I how he was slowly dying in Belmarsh where, though only on remand, he is kept in solitary confinement for 23 hours a day and is often sedated.”

Meanwhile, disturbing new indications have emerged of the conditions at Belmarsh, a facility designed to hold those convicted of the most serious crimes, including murder and terrorism offenses.

On Wednesday, RT reported that Liridon Saliuka, a 29-year-old prisoner at Belmarsh, was found dead in his cell on January 2. According to RT’s sources, the death was the third fatality in less than a year at the prison. The British authorities claim that Saliuka was a victim of self-inflicted wounds, but this has been disputed by his family.

RT wrote: “Saliuka’s family claim there have been delays to the postmortem. His sister, Dita, revealed that her brother was involved in a car crash two years ago that left him requiring major reconstructive surgery. He was given metal plates that made it hard for him to walk or stand for long periods of time. A report by a surgeon, commissioned by his defense lawyer, had determined that he should be considered as ‘permanently disabled.’ However, his family say he had recently been transferred from a special cell to a standard one.”

A 2009 report by the Chief Inspector of British Prisons noted an “extremely high” amount of force used against prisoners at Belmarsh. A number of detainees reported they had been intimidated, threatened or assaulted by staff. The inspector’s 2018 report said many recommended “improvements” at the facility had not been “embedded” and in some areas “we judged outcomes to have been poorer than last time.”

That Assange, a journalist on remand, is being held in such a facility, demonstrates that the British state, no less than its American counterpart, is seeking nothing less than his physical and psychological destruction. While doing everything they can to facilitate Assange’s extradition to the US, the British are seeking to replicate, on their own soil, the conditions that he would confront in a CIA prison in America.

The extraordinary assault on Assange’s democratic rights is a stark symptom of a broader turn to authoritarianism, directed against the working class and the growing emergence of mass social and political opposition. This underscores the necessity for all defenders of civil liberties to do everything possible to prevent Assange’s extradition to the US and secure his freedom.