World Socialist Web Site correspondents spoke with residents of Lithgow and the communities of Clarence, Dargan and Bilpin over the weekend. The area is on the southern edge of the Gospers Mountain fire, which has been burning since October, incinerating over 512,000 hectares.

Authorities announced yesterday that the fire, which was ignited by a lightning strike, is now “under-control.” Over the past weeks, however, it has drastically impacted on communities on the New South Wales Central Coast and the eastern and western sides of Australia’s Great Dividing Range. 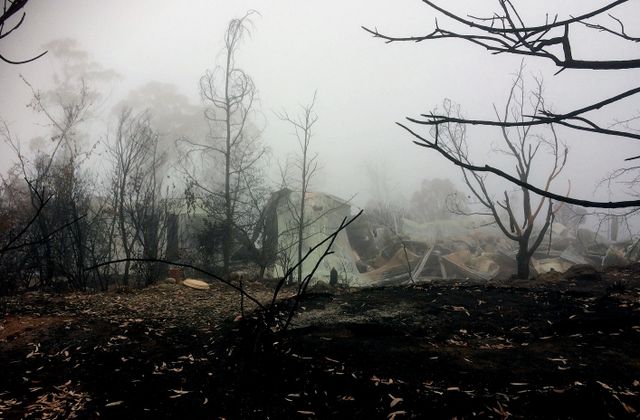 Many people were still too distressed to speak about what they had confronted. One woman agreed to explain her experiences but then began to tear up as soon as she started talking, pointing out that she was not sure whether she could remain in her house. Her garden was badly impacted and the home in front of hers was destroyed. Another man declined to give an interview as he was recovering from burns to his feet inflicted when he was trying to defend his home.

Dean and Fiona spoke with the WSWS as they were repairing fencing around their house, which was saved by the local town fire brigade and the Rural Fire Service in Lithgow.

The fire was so intense, he continued, that the “apricots [on our trees] were literally roasted by the fire and the whole yard was all just black.

“The window of availability for required back-burning [of the bush during winter] is getting smaller and the resources aren’t there. National Parks used to have more than 30 bushfire management people, but over the last couple of years they have reduced to just 10 and that’s for all of NSW. This just doesn’t make sense. I’m not blaming the National Parks people because they do a fantastic job too, but their funding has been cut.” 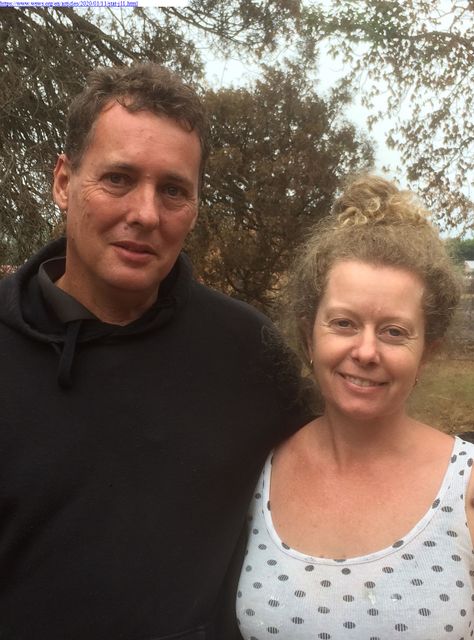 Dean and Fiona said they were concerned about the increasing use of coal and fossil fuels and criticised the government’s response to climate change. They said that “more needs to be done” to help the environment. “The response of the government [to climate change] has been very poor, and I’m talking about from all sides of politics,” Dean said.

“There doesn’t seem to be much enthusiasm for addressing climate change because they’re not going to make money out of it. With regards to government policy, it’s all about the bottom line. It’s all about money.”

Referring to widespread community support for bushfire survivors Dean explained: “Ordinary people will just come and help; they just get in and do the job. This is not just some Australian way, it happens all over the world, and that really lifts your spirit.”

Dean said the Morrison government’s assistance packages to bushfire victims “seem like a load of rubbish—not enough and way too late.” He noted that the one-off $6,000 payment for volunteer firefighters who had done 10 days’ work was insufficient, and that many volunteers did not receive it. “If I was out there fighting fires I wouldn’t get a cent because I’m self-employed and even if I’d done a month of firefighting I wouldn’t get a cent. And there’s all sort of fine print to it.”

Asked about Prime Minister Scott Morrison’s statement that volunteers “want to be out there fighting fires,” Dean said:

“That’s a load of crap. Most of those guys do not want to be out there. I know lots of the guys, even the town fire and rescue guys, who love their job, but they don’t want to be out there watching someone’s house burn or running around risking their lives. They do it because it’s their job. They volunteer because they’ve got the community spirit—the ethos of let’s get in and help everyone. When it comes to Morrison, I’ve never seen any Australian leader do what he did, and it really breaks your heart.”

Fiona said she felt “incredible sadness” about the lack of long term action by all parliamentary political parties, asking: “What about our kids? Why can’t we use all the money from the natural resources to look after the future, to look after the people with nothing and the wildlife that’s been decimated? I see the news and it breaks my heart—over one billion animals killed and the potential that some species won’t recover.” 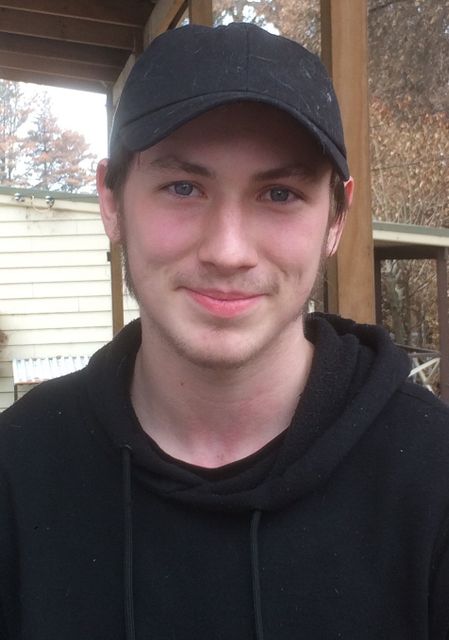 Nicholas, an 18-year-old apprentice motorbike mechanic from Bilpin, spoke to the WSWS about the massive fire that hit the small community in December. Bilpin, which is best known for its apple and other fruit orchards, is about 75 kilometres north-west of Sydney. He described the terrifying situation that confronted him and his father as they fought to save the family home.

At 5 a.m., Nicolas and his father began clearing pine needles and other debris that might be ignited from ember attacks. “Once that happened, dad had a rest because he’s got cancer and has to sleep half way through the day. While he was sleeping I was sitting on the back veranda just watching everything, including a fire in Kurrajong, all day.”

At about 6.20 p.m., he and his father began hosing down grass near the house and then suddenly, “within 2 or 3 minutes the wind really started to pick up and everything was just smoke and then ash, then embers.

“There was a massive ember storm and because of the slope of our hill the embers were coming in horizontally. Then everything was on fire, the whole front yard just lit up.”

The two men kept dousing the embers until about 9 p.m., when fire crews came into the area. “It was a traumatic experience. It was fast and it was hot and I was just wetting my shirt and putting it over my mouth because I couldn’t breathe. It got to the point where I dropped to my knees from choking on air. 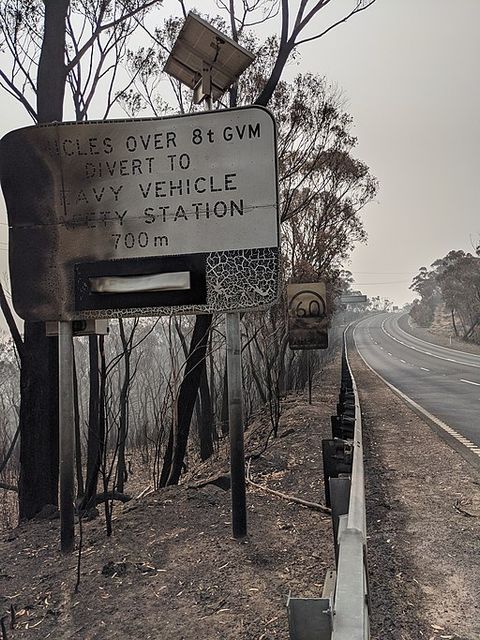 “I was worried about my dad because of his health. I couldn’t hear or see him running around because the smoke was so thick, so I thought he was dead halfway through it. I thought that I was next and then I heard him saying we’re doing it, we’re saving the house, and that’s when the adrenaline kicked in.”

Referring to the government response to the ongoing bushfire crisis, he said: “The government is just saying stuff to lift weight off their shoulders so they don’t cop all the blame.

“The government should back the RFS a lot more than they are now. The RFS need more funding, absolutely. There are a lot of old RFS trucks that could be newer or updated and some of them don’t have enough gear for everyone and they’re undercrewed. A couple of people from my work have offered to join and I’ve been thinking of joining.

“Climate change has most likely fuelled these fires—obviously something is going on—and we need to help change or fully stop. The RFS wasn’t fully prepped with enough men to deal with all this. They’re just spread out so thin that it’s ridiculous. All this just proves that more needs to be done.”

Clarence-Dargan RFS deputy chairman Kevin McCusker is a retired accountant and owns a nursery business. While he was able to save his home, his nursery and lots of gardens worth about $50,000 were incinerated in the Gospers Mountain fire.

“I would like to see the people that live in the bush listened to,” McCusker said. “The fires haven’t been managed properly and I don’t believe we are doing hazard reductions as much as we should be. The Aborigines looked after this land for 60,000 years before us.

“In the 1950s and 60s the practice of the forestries was to burn every winter. Now the window of opportunity for this is smaller and we tend to be a little too frightened to burn because there is the potential for a fire to get away from you.” 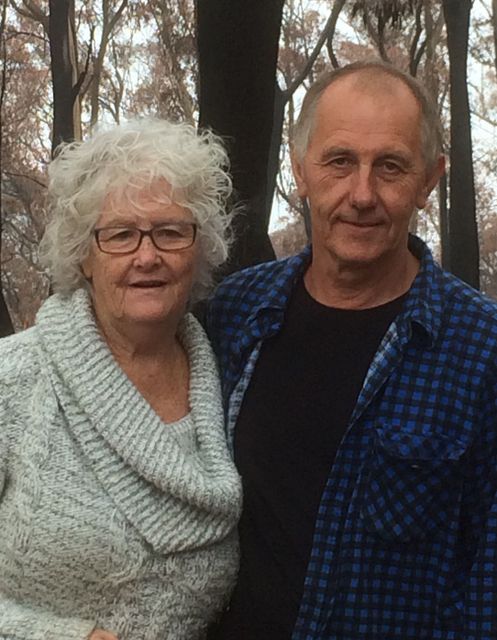 Asked why there was less backburning he responded: “Forestry was better manned back then—equipment, manpower and also the areas of forest. National Park resourcing has been cut back significantly and up until the 70s there was a lot more access for people to go in. The trails that people made are what we use to access and fight fires.” The RFS “needs more resources and more people,” he added.

“I’m so emotionally spent that I don’t want to go and fight more fires. My concern with the government is that they are not talking about what they could have done better. There’s been talk of a royal commission but this scares me because you’ll get a whole heap of bureaucrats who spend a whole heap of money with a whole heap of suggestions and nobody listens to them.

“There are an enormous number of people out there with experience who can tell them how to manage the bush better. They may not have pieces of paper, but they have knowledge. There’s been a huge outpouring of support. We are a lot closer to our neighbours than we have ever been before because we have all experienced something that has brought us together. That will go on forever, I think.”