The split between the palace on the one side and Prince Harry and his wife Meghan on the other is a degrading spectacle.

The media is awash in largely hostile commentary on how a couple whose marriage—involving an American of “dual heritage”—could have catapulted the monarchy into the 21st century, turned out to be a match between selfish ingrates who have placed the queen in a terrible situation.

Monday’s meeting at Sandringham between Harry, the queen, Prince Charles and Prince William ended with an announcement that the monarch was “supportive of Harry and Meghan’s desire to create a new life,” and that a “period of transition” would now begin.

This statement will resolve nothing fundamental. The royal family remains so bitterly divided that the future survival of the monarchy has been placed in question. 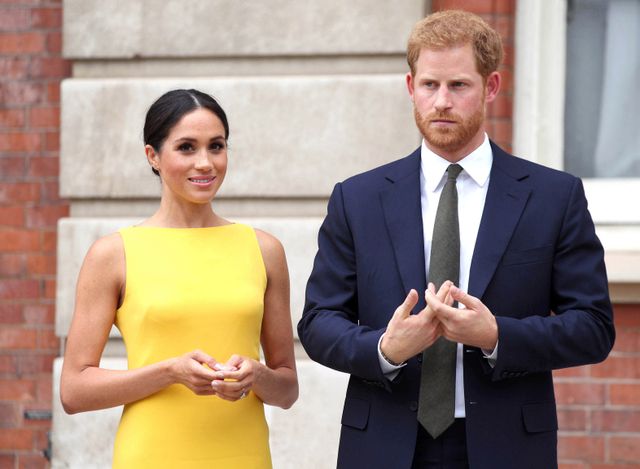 Harry and Meghan have presented a catalogue of grievances, some overt and some hinted, to justify their decision to “step back as ‘senior’ members of the Royal Family.” These are centred on their treatment by a venal media, both intrusive and covertly racist towards Meghan Markle, and suggestions that relations with Prince William, Kate and other family members are “toxic.”

After declaring earlier that he would not see his wife treated like his mother, Harry has decided he is no longer prepared to continue in his assigned role. This appears to be based on calculations that the financial rewards for doing so pale in comparison with the money to be made free from the restraints placed on the commercial activities of “senior royals.”

The couple’s website, sussexroyal.com, features an explanation of their supposed efforts to “carve out a progressive new role within this institution,” which stresses a determination “to become financially independent, while continuing to fully support Her Majesty The Queen.”

What this means in practice is to partly privatise their royal role to cash in on the “Sussex Royal” brand.

Harry’s and Meghan’s assets for potential employers/investors are listed as promoting “communities in all forms—of people, geographies, ethnicity, gender and varied socio-economic groups,” with Meghan having the added mission of the “Empowerment of Women and Girls.”

On funding, the couple will “work to become financially independent,” by which they specify only ceasing to make claims on the “Sovereign Grant”—money from the state they complain “covers just five percent of costs for The Duke and Duchess.” They will retain their monies from Prince Charles’s £1 billion Duchy of Cornwall private estate, which funds the other 95 percent of their activities, at a cost of £5 million.

They also want to retain access to Frogmore Cottage in Windsor as their UK base, renovated last year at a cost to the taxpayer of £2.4 million, and for the state to continue to provide security in the UK and their new adoptive home, Canada. International travel will also be paid by the state—a package worth well over £1 million per annum.

They are now seeking to register the brand as a global trademark. Estimates of what can be earned vary widely, from £500,000 a year to £500 million. US speaking engagements alone can bring in $500,000 at a time. Meghan can renew her endorsements of clothing lines and has already agreed to a voice-over for a Disney cartoon, initially for charity.

Comparisons have been made between Harry and Edward VIII and between Meghan and Wallis Simpson. On its face, the present crisis does not measure up to the gravity of the 1936 abdication crisis. Harry is only sixth in line to the throne and would always have had to accept the role of “spare” to the “heir,” William. Meghan may, like Wallis Simpson, be an American divorcee, but she was baptised into the Church of England by the Archbishop of Canterbury and married Harry at St. George’s Chapel in Windsor Castle.

Most importantly, Simpson was a Nazi spy who played to Edward’s own sympathies for Hitler, threatening to discredit a monarchy that had expressed support for the Nazis throughout the 1930s and forcing his replacement by his younger brother, George VI.

Nevertheless, however mundane the immediate issues involved appear, the decision by the Sussexes brings to a head long-standing and unresolved tensions stretching back to the death of Harry’s mother, Diana, in August 1997 in Paris. She died in a car crash while being chased by the press following her bitter divorce from Charles. These tensions almost tore “the firm” apart. Today they re-emerge amid a more general crisis, not only of the royal family, but of every major institution of the British state.

After her marriage to Charles in 1981, Diana was meant to provide a touch of glamour to the tired institution of the monarchy in a bid to appeal to the Thatcherite “yuppie” climate of the time. In return, she was supposed to stay silent as the Prince of Wales continued his affair with Camilla Parker-Bowles.

This plan backfired because Diana was able to exploit her connections with the newly dominant super-rich layers associated with globalisation to challenge the power of the monarchy as the embodiment of hereditary privilege, which the nouveau riche viewed with disdain. She also used the media to cultivate popular support by exploiting confused hostility towards “the establishment.”

Diana’s death heralded a protracted political rescue operation that began under Labour’s Tony Blair, but which seemed truly effective only when Diana’s eldest son, William, married the “commoner” Kate Middleton in 2011 and then produced an heir, George, in 2013.

The more problematic Harry was recast as a global philanthropist after earlier disgracing himself by dressing up as a Nazi while partying, and making racist comments during service in the armed forces. His marriage to Markle was meant to bury this troubled past and allow the monarchy to proceed as a popular entity. This would hopefully enable the queen, now 93, to give way to her 71-year-old son Charles for a brief interlude before William assumed the throne.

These plans were already in trouble before Harry sought to break free from the House of Windsor using his and Meghan’s contacts with the global elite, including the Obamas and Oprah Winfrey in the US. Their recent announcement came only months after Harry’s uncle, Prince Andrew, was forced to step down from official duties over his links to billionaire sex offender and trafficker Jeffrey Epstein. The American financier allegedly procured underage girls for the Prince and other celebrities before his suspicious death in a New York prison cell in August last year.

The essential function of the royal family as the representative of UK state power has made its grasping members particularly susceptible to the siren call of a global elite whose wealth dwarfs their own. In the latest Sunday Times Rich List of the wealthiest 1,000 UK residents, for example, the queen is ranked at just 356. But the far-reaching economic and social changes associated with globalisation have also torn the ground from beneath many other state institutions.

Not for nothing has the pun “Megxit” been coined in the media. Amid the raging conflict between rival imperialist powers for control of global markets and resources, Britain has been plunged into an historic crisis of class rule over leaving the European Union and orienting, like Harry and Meghan, to the United States. In the process, the United Kingdom over which the queen supposedly reigns also faces breakup, with Scottish nationalism threatening the Act of Union and a return to civil war for Irish unification a real possibility. The Labour Party, that other great mechanism for safeguarding capitalism, is facing collapse.

The more fundamental threat to the royal family’s survival at present finds no political expression: a growing social polarisation that is fuelling an eruption of class struggle that can sweep away not only the monarchy, but also the entire apparatus of bourgeois rule it embodies.

Support for the monarchy is already tenuous and might not long survive the throne’s present occupant. The obscene money-grubbing of Harry and Meghan and the mudslinging on all sides will only feed the growing alienation of millions towards the parasitic elite that dictates social life, including those who dress themselves in ermine cloaks, toytown military uniforms, crowns and tiaras.