The Kremlin has maintained a relatively muted public response to the illegal January 3 US drone assassination of Iran’s General Qassem Suleimani. The Foreign Ministry issued one initial statement condemning the killing, but subsequent statements by Putin and the Kremlin refrained from taking a clear position in the conflict and have urged de-escalation.

At a meeting with Turkish President Recep Tayyip Erdoğan last Wednesday for the opening of the Russian-Turkish TurkStream pipeline, Putin refrained from condemning the air strike and did not comment on the Iranian missiles fired hours before on US bases in Iraq in retaliation for the assassination of Suleimani.

On Saturday, Putin met with German Chancellor Angela Merkel for three-and-a-half hours in Moscow to discuss the situation in the Middle East, Ukraine and the Russian-German Nord Stream 2 pipeline, which has been sanctioned by the US in an attempt to prevent its construction. Putin and Merkel both reaffirmed their support for the pipeline, while Putin indicated it could be completed either this year or in the first quarter of 2021. 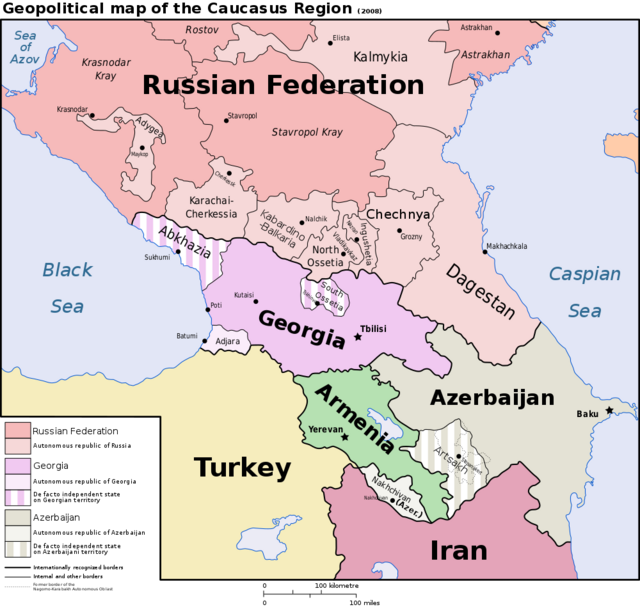 Neither condemned the assassination of Suleimani, but both Merkel and Putin expressed support for the Iran nuclear deal which the US has unilaterally abrogated. Merkel emphasized that Iran must be prevented from obtaining nuclear weapons. Since the escalation of the war crisis, Iran has announced that it will not consider the terms of the agreement binding.

The assassination of Suleimani has been widely perceived in Russia as a demonstrative act of state terrorism aimed not only against Iran but also against Russia itself. An opinion piece in the Kremlin-owned Russia Today noted, “Trump is not only menacing the Islamic Republic, he is poking the Russian bear in the chest, back and face too.”

General Suleimani had close ties to the Kremlin and is generally believed to have played a leading role in organizing joint military operations by Iran and Russia in Syria. The Russian newspaper Gazeta.Ru described him as “The Iranian who led Russia into Syria.” Suleimani made four known visits to Moscow to negotiate joint military operations between July 2015 and April 2016. A Reuters report described Suleimani’s visit to the Kremlin in July 2015 as “the first step in planning for a Russian military intervention that has reshaped the Syrian war.” Discussions about Russian and Iranian military efforts in Syria, according to Reuters, directly involved Putin and Suleimani.

Since 2015, the joint military effort by Iran and Russia to prop up the Assad regime in Syria against US-backed Islamist militias and proxy forces has resulted in what US think tanks and media generally describe as a success for Teheran and Moscow and a significant weakening of US influence in the region. A recent piece in Foreign Affairs noted that, as a result of the intervention in Syria, “the Kremlin has positioned itself as the power broker [in the Middle East] to whom all actors [Iran, Saudi Arabia, Turkey, Israel] must talk.”

In the Middle East, Russia and Iran have maintained relatively close ties for the past two decades. These ties have deepened significantly, especially on a military and intelligence level, through the joint military efforts in Syria. However, Russia also has a good relationship with Israel, where almost a fifth of the population speaks Russian, and has managed to maintain it even as the two countries fought on opposite sides in Syria. A further escalation of the Israeli supported US war drive against Iran would likely make it inevitable for Moscow to choose between what are two of the Kremlin’s most important allies on the international stage.

The Kremlin has also put significant efforts into establishing good relations with Saudi Arabia, the closest ally of US imperialism in the Arab world, and a regional enemy of both Iran and Turkey.

Moreover, any open military conflict with Iran threatens to spill over directly to the border of Russia, enflaming the South Caucasus, a region that is simmering with geopolitical tensions and potential flashpoints for further wars, including the Nagorno-Karabakh conflict between Armenia and Azerbaijan and ongoing Russian-Georgian tensions.

The South Caucasus directly borders Iran, with Turkey to its south and Russia to its north. It is bordered in the west by the Black Sea and to its east by the energy-rich Caspian Sea. Ever since the dissolution of the USSR in 1991, the Black Sea in particular has been central to the drive of US imperialism to establish direct control over the entire region and its resources and encircle Russia.

With the exception of Russia, all countries bordering the Black Sea—Ukraine, Romania, Bulgaria, Turkey and Georgia—are full members of NATO or open supporters of the US war drive against Russia. In February 2014, the US and Germany orchestrated a far-right coup to bring to power a Ukrainian regime that is closely aligned with the imperialist war drive against Russia. In response, Russia annexed the Crimean Peninsula.

In an interview with the Armenian journal Noev Kovcheg, Armenian political scientist Il’gar Velizade warned last summer that a US-Iran war would lead to a “humanitarian catastrophe” in the South Caucasus as hundreds of thousands, if not millions, of Iranians might flee to the impoverished region. He said, “One can assume that all neighbors of Iran would in one way or another be drawn into the orbit of a military campaign. [Missile] strikes could be conducted not only from the Persian Gulf but also from the Black Sea.”

Azerbaijan and Armenia have both expressed their condolences to the Iranian government over the killing of Suleimani. By contrast, Georgia, a close ally of the US, supported the assassination. Last summer, there were mass anti-Russia protests in the Georgian capital of Tbilisi, fueled by the US escalation of war provocations against Iran. In Azerbaijan, the political elites are divided over the relationship to Iran, with Baku having taken significant steps toward supporting US and Israeli military preparations against Iran over the past decade. However, there is substantial support for Iran and opposition to US militarism within the Azeri population. Iran is home to 10 to 15 million Iranian Azeris who live in the north of the country.

Commentaries in the Russian media indicate that the escalation of the US war campaign against Iran has further fueled heated conflicts within the Russian oligarchy over its foreign policy orientation.

A comment in Vzglyad by Timofei Bordachov, the program director of the Valdai discussion club, a think tank that regularly meets with Kremlin representatives and Putin, stressed that the assassination changed “the rules of war,” signaling a complete abandonment of any established rules of warfare. The commentary concluded: “It is entirely possible that the 21st century will see war returned to its original meaning: as an instrument of diplomacy and a means for resolving territorial conflicts.”

Another commentary in Vzglyad said that Trump was turning “into a new Hitler” and that Russia was now confronted with the choice of either rapidly forging an alliance with the European Union and China “in order to try to peacefully prevent the US from going down the path of transforming itself from the world’s policeman into the world’s neo-fascist ISIS,” or uniting with them too late “under much more difficult conditions, as was the case in 1941 after the assault of Germany on the USSR.”

After over a week in which it published not a single opinion piece on the situation, the Novaya Gazeta, the leading mouthpiece of the pro-US liberal opposition to Putin, came out with a scathingly anti-Iranian diatribe by Yulia Latynina on January 11. Latynina, one of the best-known supporters of the liberal opposition of Alexei Navalny, effectively endorsed the Suleimani assassination, claiming that he had “crossed a red line” and denouncing Iran as a “hybrid hooligan” to which the US had to respond. She denounced “Moscow politicians” as “disciples of the Iranian ayatollah” and asserted that “no world war” in the traditional sense would follow the assassination. Instead, she wrote, Iran would “continue its hybrid war” in the Middle East, implying that any continued US aggression against Iran should be supported.