Canada’s complicity in the persecution of Julian Assange

The British government is conspiring with the Trump administration to extradite WikiLeaks founder Julian Assange to the US to face bogus Espionage Act charges and a possible 175-year prison term.

The Australian-born journalist and publisher has been the target of a 9-year legal vendetta, mounted by British and US authorities, and supported by the Canadian political establishment, because he sought to inform working people around the world of the crimes carried out by US imperialism and its allies. 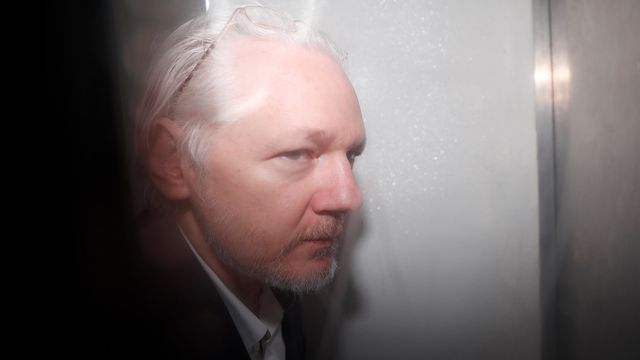 The prosecution of Assange is a legal travesty. One, moreover, that is being used to gut basic democratic rights, including the rights of free speech and freedom of the press and the right to due process.

United Nations Special Rapporteur on Torture Nils Melzer has repeatedly denounced his treatment by British authorities—including his seven years of effective detention in the Ecuadorean Embassy and his current incarceration, in virtual solitary confinement, at the hellish maximum security Bellmarsh Prison—as psychological torture. Scores of doctors have warned that this torture has placed Assange’s life in grave danger.

The CIA has spied on Assange’s interactions with his lawyers. Chelsea Manning, who handed over hundreds of thousands of secret US cables to WikiLeaks in 2010, has also been detained since last March because she refused to testify against Assange in a rigged US Grand Jury proceeding.

Assange has been subjected to this horrific treatment by some of the world’s most powerful governments for the “crime” of informing the public about the war crimes and diplomatic skullduggery of their governments. These include the massacre of civilians in Iraq by US troops, the mistreatment of prisoners of war in Afghanistan, and Washington’s bullying of governments around the world. Even leading bourgeois newspapers, like the New York Times, that have published scurrilous attacks on Assange have been forced to concede that his successful prosecution would represent a threat to journalists and the freedom of the press the world over.

The Canadian political establishment has maintained a deafening and complicit silence about the prosecution and persecution of Assange throughout the past nine years. This is true of Prime Minister Justin Trudeau and his Liberals, but also of all the other parties that posture as “progressive,” from the New Democrats and Greens to the Bloc Quebecois, and the pseudo-left Quebec Solidaire.

The reason for this deafening silence is not hard to find. The Canadian capitalist elite, which is more reliant than ever on its military-strategic partnership with US imperialism to advance its own predatory interests on the global stage, fears the impact of WikiLeaks’ exposures. Like its British and American allies, the Canadian ruling elite is anxious that Assange be subjected to exemplary punishment so as to intimidate all those who seek to lay bare the crimes and machinations of the western imperialist powers.

Whilst the Trudeau government is not directly involved in Assange’s prosecution, it has provided crucial political support for it. Last July, for example, the then Canadian Foreign Minister, Chrystia Freeland, co-hosted a Global Media Freedom Conference in London along with British Foreign Secretary Jeremey Hunt, just weeks after Hunt had presided over the British government’s illegal seizure of Assange from his refuge in the Ecuadorian embassy.

“Canada and the UK are working together to defend media freedom and improve the safety of journalists who report across the world,” Freeland’s office declared in a truly Orwellian statement. Needless to say, neither Freeland nor Hunt mentioned the fate of Assange, an award-winning journalist and publisher, at the meeting.

The refusal of any section of Canada’s political establishment to criticize the persecution of Assange, let alone mobilize popular opposition to it, is a damning exposure of their oft-repeated claims to stand for “human rights” and “democracy” on the world stage. The reality is Ottawa, like Washington, cynically and hypocritically invokes human rights as a cover for the rapacious pursuit of their imperialist interests. The North American imperialist powers denounce both real and fabricated violations of human rights committed by governments they view as obstacles to their interests, while covering up and excusing state repression, torture, and war crimes carried out by their client regimes, allies, and, last but not least, their own military and security intelligence apparatuses.

Since 1999, successive Liberal and Conservative governments have participated in US-led wars and “regime change” military interventions in the Balkans, Afghanistan, Haiti, Libya, Syria and Iraq that have left entire societies in ruins. Trudeau’s Liberals have further integrated Canada into US military-strategic offensives around the world. This includes participating in Washington’s war preparations against nuclear-armed Russia and China, but also its regime-change intrigues in Venezuela.

Canada’s ruling elite has also moved to criminalize dissent and workers’ struggles at home and to build up the repressive powers of the state with the aim of suppressing popular opposition to austerity, social inequality, and war. Canada is a key partner in the global US National Security Agency-led “Five Eyes” spying network. Under the phony pretext of “the war on terror,” successive governments have dramatically expanded the powers of the intelligence services. Canadian Security and Intelligence Service (CSIS) has been empowered to break virtually any law in “disrupting” activities deemed to pose a threat to “public security” or Canada’s “territorial integrity.”

The work of whistleblowers like Assange and former NSA contractor Edward Snowden has been invaluable in bringing to light some of the crimes Canadian imperialism has committed as it pursues aggression abroad and attacks democratic rights at home. It was a US State Department memo released by WikiLeaks that informed the Canadian population that while the Liberal government of Jean Chretien publicly posed as an opponent of the George W. Bush-ordered 2003 invasion of Iraq, it was reassuring Washington behind the scenes that it would provide “discreet” support for the illegal US war.

“Following the meeting, political director Jim Wright emphasized that, despite public statements that the Canadian assets in the Straits of Hormuz will remain in the region exclusively to support Enduring Freedom,” noted the memo, which described a meeting between top US and Canadian foreign ministry officials on March 17, 2003. “They will also be available to provide escort services in the Straits and will otherwise be discreetly useful to the military effort. The two ships in the Straits now are being augmented by two more en route, and there are patrol and supply aircraft in the U.A.E. [United Arab Emirates] which are also prepared to 'be useful.’”

Snowden’s disclosures in 2013 revealed that the Canadian Security Establishment (CSE), Canada’s signal intelligence agency, acts as a veritable arm of the NSA. Documents leaked by Snowden showed that the CSE helps develop NSA spying operations and techniques, provides information on countries that US citizens have difficulty accessing, and conducts economic spying for Canadian corporations around the world.

The Canadian ruling elite was outraged by these exposures. In 2013, Conservative Foreign Minister John Baird declared that Snowden should hand himself over to the US authorities, effectively condemning him to a death sentence. Three years later, Michael Doucet—the government’s top “watchdog” for the country’s intelligence agencies—blurted out the true feelings of the ruling elite towards whistleblowers like Snowden and Assange. Asked his opinion on how Snowden would have been treated had he been an employee of CSIS, the country’s premier domestic spy agency, Doucet responded, “If Edward Snowden had worked for CSIS and did what he did, he should be shot.” (See: “Canada’s top spy “watchdog” says Edward Snowden should be shot”)

Underscoring the fact that Doucet’s remark reflected broader sentiments in ruling circles, the Trudeau government took no action against him for this outrageous comment.

The complicit silence of Canada’s political elite on Assange’s torture, persecution, and imminent extradition underscores that his freedom can be won only through the mobilization of the working class, the basic constituency for the defence of democratic rights around the world.

Workers and young people who want to oppose Canadian imperialist aggression and war overseas and attacks on democratic rights at home should join the global struggle for the freedom of Assange and Manning, which has already won important and growing support in Britain, Australia, France, South Asia, and countries around the world. The struggle to defend these two courageous whistleblowers must be made the spearhead of the fight to oppose the imperialist powers’ drive to war and the gutting of democratic rights.

The Socialist Equality Party (Canada) is holding a public meeting in Montreal on Sunday, February 2 to initiate steps to develop a cross-Canada campaign to win Assange’s freedom, defend democratic rights, and oppose Canadian imperialism and war.

We strongly urge those living in western Quebec and eastern Ontario to make plans to attend. For details see below.

No to war and the assault on democratic rights: Julian Assange and Chelsea Manning must be defended!