My Response to Alex Lichtenstein Regarding the 1619 Project

Historian Victoria Bynum has come under attack from the defenders of the 1619 Project for her critical interview with the WSWS in October and a letter to the editor sent last month to the New York Times Magazine asking for corrections to the historical falsifications upon which the project is based, which she signed along with Professors James McPherson, James Oakes, Sean Wilentz and Gordon Wood. 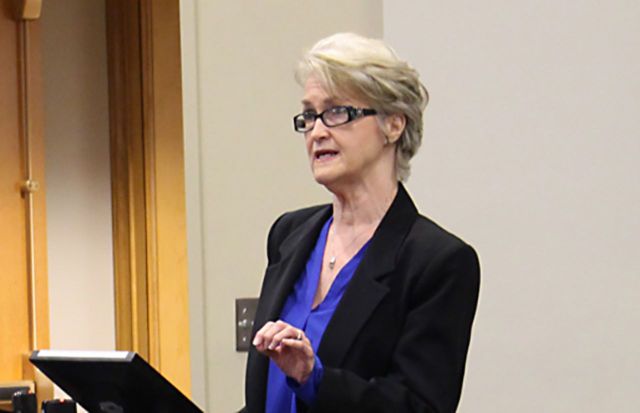 The following, originally posted on her blog Renegade South, is Bynum’s response to Professor Alex Lichtenstein’s editorial defending the project, “1619 and All That,” published last week online in the American Historical Review and to be printed in the journal’s February edition.

As one of the 1619 Project critics mentioned in your AHR essay, “1619 and All That,” I hope you’ll indulge me a few remarks of my own in response to several of your points.

First, the issue of my whiteness. I used to believe that historians agreed that one’s racial/ethnic identity or gender should not determine one’s field of inquiry or topic of research. In the last few years, however, especially the last few months, I have concluded otherwise. In your essay, you noted:

As many critics hastened to note, all of these historians are white. In principle, of course, that should do nothing to invalidate their views. Nevertheless, it was a peculiar choice on the part of the Trotskyist left, since there are undoubtedly African American historians—Marxist and non-Marxist alike—sympathetic to their views.

Despite your disclaimer that “in principle” being white should not “invalidate” the views of 1619 critics, in fact the skin color of historians critical of the 1619 Project has been scorned (and far worse) over and over again in the Twitterverse—by historians as well as the general public—as the preeminent reason for discrediting our views. In my case, not one of them has bothered to note (if they knew or bothered to find out) that my entire body of published works over the past thirty years has analyzed the effects of class, race, and gender on the nineteenth-century South. It’s not simply that my skin color matters to certain historians and others. It now appears that it’s all that does matter (with my age a close second).

The fact that eight scholars to date have interviewed with the World Socialist Web Site (WSWS) has also garnered attention. It seems that some historians, including you, can’t figure out why we shared our critiques in that particular venue:

The animus of the Fourth International types seems clear—in placing race at the center of history, 1619 elides the central role of class and class conflict in the history of settler colonialism, continental dispossession, and rapacious capitalism. But that is probably not the same hill that Wilentz and the gang of four are planting their flag on. So what gives?

Although I can’t speak for the rest of the “gang,” my work emphasizes the centrality of race (and gender for that matter) in the sweep of American history. I entirely agree with Marxist scholars, however, that neither race nor gender can be understood apart from the class systems in which they are experienced. In this regard, I may care a bit more deeply than my fellow letter signers about what is not, as well as what is, in the 1619 Project. For, as you suggest, the Project does ignore “class and class conflict.” It is for just that reason that my concerns are more closely aligned with the WSWS than you have surmised.

Perhaps it’s not surprising that racial essentialism forms the basis of much of the public reaction against historians critical of 1619, since the same essentialism underlies the Project itself. My understanding of class deeply informs my analysis of race, both of which I addressed in my interview with the WSWS, and my essay, “A Historian Critiques the 1619 Project,” published on my blog, Renegade South , and by the WSWS. In both the interview and the essay, I dismissed pseudoscientific theories about separate races and argued that such beliefs predispose one to embrace a theory of hypodescent (i.e., the “one-drop-rule” of race), which posits certain ancestral “bloodlines” as more powerful than others. From there emerges the assumption, implicit throughout the 1619 Project, that only “black” people in North America were enslaved. Yet, anyone familiar with the history of U.S. slavery knows it was a multiracial institution. We know that many enslaved women gave birth to the children of white men (often their enslavers), and that those children were decreed by law to be slaves. Yet, these children were at least as white as they were black.

Northern abolitionists liked to post photographs of enslaved children whose appearance belied not a trace of African ancestry. Mostly they did so to appeal to racist whites who recoiled at the sight of white-skinned children in bondage, but in so doing the abolitionists wittingly or unwittingly exposed the fact that many enslaved children exhibited white as well as black ancestry. Furthermore, the intertwined nature of race- and class-based laws provided an additional means of social control. Southern white lawmakers not only enslaved black and mixed-race people, they frequently appropriated the labor of lower class white children and free children of color by removing them from the homes of their mothers through apprenticeship laws.

For these reasons and more, I object to the 1619 Project’s failure to adequately discuss racial identity, beginning with its failure to contextualize slavery and extending to its seemingly willful determination to omit virtually all interracial relationships and cooperative efforts to end slavery, combat racism, or work across racial lines for the greater good of society. I do not object in order to be “fair” to whites; I do so because to ignore multiracial families and interracial challenges to racism divides American society into oppositional “white” and “black” categories of race that further support the Project’s suggestion that racism is simply embedded in the DNA of our nation. As you yourself state,

The project’s emphasis on continuity (especially in economic history), rather than change, deserves to be challenged. And, as the Trotskyists point out, Marxists may find the substitution of “race” for class relations disconcerting.

Yes. Is it really too much to ask, then, that the Project include more than a century of modern industrialization and class struggles among blacks, multi-ethnic immigrants, and white workers—struggles well-documented by labor historians—as a vital aspect of black history? That economic forces beyond the legacy of slavery have revitalized and reshaped racism, and continue to do so?

Race, I have argued, does not represent objective reality, but racism is nonetheless terrifyingly real. Historically, this nation has enslaved, lynched, raped, segregated, denied full rights of citizenship, incarcerated—indeed, it has denied humanity to—entire so-called “races” of people. The 1619 Project is by no means the first publication to recognize this, as you point out. For over six decades, historians have confronted the brutality of slavery and racism while analyzing the economic and cultural forces that contributed to both. They continue to do so. Why should historians not hold the 1619 Project to the same scholarly standards we demand of ourselves?