World-renowned Harvard University chemistry professor Charles Lieber appeared in court on Thursday in handcuffs, ankle chains and an orange jumpsuit as he was charged with lying about his ties to China.

The bail for Lieber, head of Harvard’s Chemistry and Chemical Biology Department, was set at $1 million as he was formally accused, along with two Chinese nationals, of illegally “aiding the People’s Republic of China” by the US Justice Department.

A DOJ press release issued on Tuesday, the day the 60-year-old Lieber was arrested at his office, said that the Harvard department chair was being criminally charged “with one count of making a materially false, fictitious and fraudulent statement.” 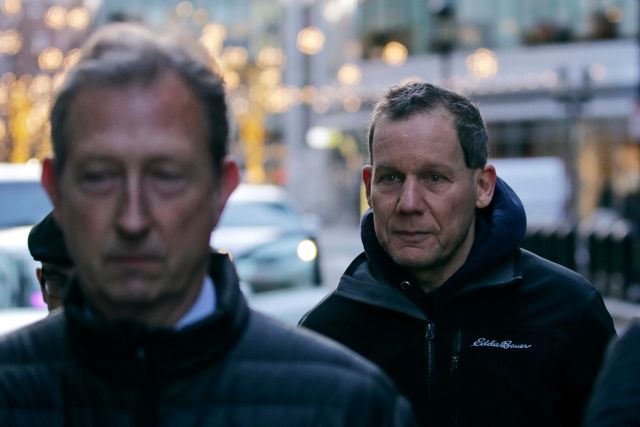 The cases against the Chinese nationals are separate from Lieber’s. Yanqing Ye, 29, currently in China, was charged with one count each of visa fraud, making false statements, acting as an agent of a foreign government and conspiracy. Zaosong Zheng, 30, was arrested on December 10, 2019 at Boston’s Logan International Airport and charged with attempting to smuggle vials of biological research into China. On January 21, 2020, Zheng was also indicted on one count of smuggling goods from the US and one count of making false, fictitious or fraudulent statements. He has been held in jail since December 30, 2019.

The crux of the case against Lieber is the claim that he lied about his involvement with a program called the Thousand Talents Plan, a program that is alleged to be aimed at luring people with knowledge of foreign technology and intellectual property to China.

The DOJ statement says “Unbeknownst to Harvard University beginning in 2011, Lieber became a ‘Strategic Scientist’ at Wuhan University of Technology (WUT) in China and was a contractual participant in China’s Thousand Talents Plan from in or about 2012 to 2017. … Under the terms of Lieber’s three-year Thousand Talents contract, WUT paid Lieber $50,000 USD per month, living expenses of up to 1,000,000 Chinese Yuan (approximately $158,000 USD at the time) and awarded him more than $1.5 million to establish a research lab at WUT.”

The DOJ document states further that Lieber, during an interview with investigators in April 2018, stated that he was never asked to participate in the Thousand Talents Program, but “wasn’t sure” how China categorized him. Oddly, the criminal complaint also states that, in November 2018, Lieber caused Harvard to “falsely tell NIH that Lieber ‘had no formal association with WUT’ after 2012, that ‘WUT continued to falsely exaggerate’ his involvement with WUT in subsequent years, and that Lieber ‘is not and has never been a participant in’ China’s Thousand Talents Plan.”

If convicted, Lieber faces up to five years in federal prison and a maximum fine of $250,000. The university has placed him on paid administrative leave.

A sense of the political motivations behind the aggressive treatment of Lieber was provided by US attorney Andrew Lelling who called the charges against the professor a, “small sample of China’s ongoing campaign to siphon off America’s technology and know-how for its country’s gain.”

Boston FBI agent Joseph Bonavolonta provided further insight into the motivation for the charges against the Harvard professor, “No country poses a greater, more severe or long-term threat to our national security and economic prosperity than China. China’s communist government’s goal, simply put, is to replace the US as the world superpower, and they are breaking the law to get there.”

The New York Times reported in November 2019 that there were at that time 180 open investigations at 71 universities across the US into potential intellectual property theft, including most of the top medical schools. Almost all of the individuals targeted are of Chinese descent, including naturalized American citizens.

Dr. Lieber’s biography shows that he is a leading international authority on nanoscience and nanotechnology with over 400 papers published on these topics. Nanotechnology deals with the manipulation of matter at the atomic and molecular level and it is a new scientific frontier with vast implications for the future of multiple disciplines and across industries. Lieber is the principle inventor on over fifty US patents and applications of nanotechnology and nanodevices in materials and biology.

Additionally, a review of the top nanotechnology research organizations in the world shows that the US--at the University of California, Berkeley--ranks at number seven behind China, Russia, France and Japan in this area of study and far behind South Korea and Japan in the category of commercial patents.

The arrest and charges against Dr. Lieber come in the context of the Trump administration’s trade war Beijing and preparations for open war with the second largest economy in the world. The DOJ case against Lieber bears unmistakable characteristics of an extreme response by the American ruling elite to its declining position in relation to significant areas of scientific research and development internationally. There can be no question that the case against Lieber is intended to intimidate American scientists from engaging in any way with their Chinese colleagues on scientific projects.