Take up the fight for international socialism! Join the IYSSE!

The following statement will be distributed by the International Youth and Students for Social Equality (IYSSE) to thousands of students at orientation events at campuses across Australia and New Zealand.

As campuses across Australia and New Zealand open, students and young people are confronted with two stark alternatives: capitalist barbarism or international socialism.

The new decade of the 2020s has been ushered in amid a profound crisis of the capitalist system, with unprecedented social inequality, sweeping attacks on democratic rights and the threat of nuclear war and environmental catastrophe. 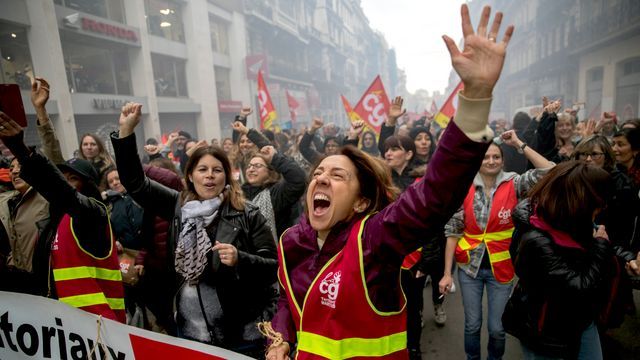 These conditions have provoked mass struggles involving millions of workers and youth in Lebanon, Iraq, Bolivia, Chile, India, Algeria, Sudan, Hong Kong and France. There have been mass strikes by autoworkers, teachers and healthcare workers in Mexico, the US, New Zealand, South Korea and the Netherlands.

The scope of the vast and widening gulf between rich and poor, which is driving these struggles is unprecedented. The capitalist profit system has led to the accumulation of wealth by an increasingly tiny, wealthy elite at the expense of the living standards of billions of people.

In its annual report on inequality, Oxfam revealed, at the beginning of 2020, that the world’s 2,153 billionaires now control more wealth than the 4.6 billion poorest people. Meanwhile, the world’s top 1 percent collectively has twice as much wealth as 6.9 billion people, nearly the entire world’s population.

This staggering level of inequality and social polarisation is being accompanied by the drive to war, as the capitalist classes of different countries seek domination over each other for resources, spheres of influence and markets.

The criminal act of US President Donald Trump’s administration in assassinating Iranian General Qassim Soleimani has threatened to propel the world into a devastating conflict involving not just the US and Iran, but nuclear-armed Russia and China as well.

An 18-year-old in 2020 has lived their entire lives with US imperialism at war in the Middle East. The illegal wars over resources and influence have intensified and expanded under both Republican and Democratic administrations. These conflicts are metastasising into a broader war, with the US ruling elite seeking to arrest its historic decline as the world’s dominant power by targeting Russia and China, which it perceives as its greatest rivals.

In Australia, every establishment party—Labor, Liberal-National coalition and Greens alike—has supported the US war drive and associated attacks on free speech. War abroad is always accompanied by war against the conditions and democratic rights of the working class at home.

For that reason, successive Australian governments have supported the US-led persecution of journalist and founder of WikiLeaks, publisher Julian Assange, who is languishing in the maximum-security Belmarsh prison in the UK and faces a hearing this month to sanction his extradition to the US. If Assange is rendered to the US, he faces a life sentence of up to 175 years on trumped-up espionage and conspiracy charges. He has been hunted by the most powerful countries in the world for nine years for his role in publishing the leaks made by courageous whistleblower Chelsea Manning, who has, herself, been reimprisoned in the US for refusing to testify against Assange. 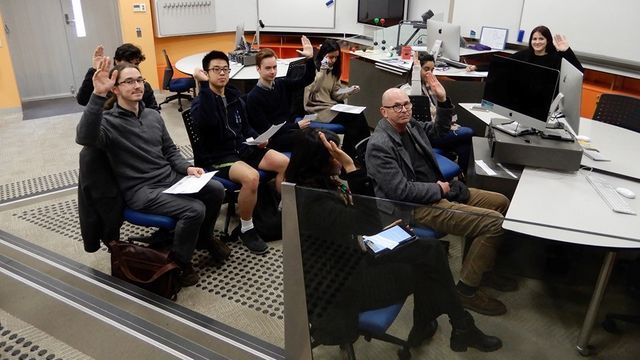 The treatment of Assange and Manning is a warning to all workers and youth. Under conditions where the US and its allies are preparing ever greater war crimes, they are seeking to set a precedent: This is how they will treat anyone who exposes the truth about imperialist wars and conspiracies around the world. The 2019 AFP raids, on Murdoch journalist Anika Smethurst and ABC offices, testifies to the assault on freedom of speech in Australia.

Moreover, the vicious treatment of Chinese students and nationals by the political and media establishments, who have vilified them as “agents of foreign influence” of the Chinese Communist Party, has set in motion a xenophobic campaign to sow nationalism and prepare the ideological conditions for war.

The bushfires that have swept across the entire Australian continent in the last few months are a microcosm of the deep economic and social crisis afflicting the country. Thirty-three people have been killed, some 3,000 homes have been destroyed, an estimated 12 million hectares of land has been affected and over a billion animals have perished, in the worst fire crisis in the country’s recorded history. This has been decades in the making.

The fires have exposed the criminal indifference with which the Australian ruling elite treats the lives of ordinary people. Governments, Labor-Green and Liberal-National coalition alike, have under-resourced emergency services, refused to carry out much needed infrastructure projects, like the burial of hundreds of kilometres of powerlines, and have refused to act to mitigate bushfires or take any action on climate change.

The Greens, supported by the fake left parties, provide no way forward. They and their supporters like Socialist Alternative promote the illusion that the financial and corporate elite can be pressured to implement the vast changes necessary to avoid climate catastrophe. It is glaringly clear, however, from the experience of the international climate change rallies last year, that no amount of pressure will override the profit interests of capitalist corporations that are leading to the destruction and degradation of the planet.

One hundred major corporations generate 71 percent of the world’s emissions, and reap vast profits from doing so. They must be expropriated out of private hands. If the wealth of the 2,000 richest people in the world were expropriated for the needs of society as a whole, billions would be available for health, education, housing, aged care and jobs for millions of people.

Whether it be climate change or other weather-related disasters or epidemics, such as the coronavirus, capitalism and its division of the planet into competing nation states is incapable of responding to these crises of its own making. Scientific and medical breakthroughs and discoveries are kept secret from other nations so they can be patented and create profits.

There is growing hostility to capitalism among millions of young people and a turn toward socialism, but hostility is not sufficient. The fight against capitalist barbarism must be armed with an historically-grounded analysis and political perspective to fight for socialism.

As the youth and student movement of the world Trotskyist movement—the International Committee of the Fourth International and the Socialist Equality Parties around the world—the IYSSE fights for genuine socialism. The IYSSE is based on the scientific perspective first elaborated by Karl Marx and Friedrich Engels over 150 years ago, for which the leaders of the 1917 Russian Revolution, Vladimir Lenin and Leon Trotsky, fought and defended through the implacable struggle, led by Trotsky and the Fourth International, against the bureaucratic degeneration of the Soviet Union under Stalin.

Any attempt to rehabilitate the parties of the ruling class is doomed to fail. Nationalist and capitalist politicians like Bernie Sanders in the US and Jeremy Corbyn in the UK, despite their occasional anti-capitalist rhetoric, oppose a socialist solution to the crisis facing mankind.

The pseudo-left, such as Socialist Alternative in Australia, who prop up the thoroughly corporatised trade unions, support imperialist war and promote illusions in dead-end protest and pressure politics. Their perspective is not in the interests of the international working class and socialism, but focused on promoting identity politics divisions over race, gender, sexual orientation, etc. They seek to prevent the building of a unified movement of the working class, of all backgrounds, against capitalism.

Genuine socialism is based on the principles of social equality, internationalism, anti-imperialism and the interests of the working class, the vast majority of the population.

The IYSSE is fighting to turn students and young people to the building of such a party, based on the independent political movement of the working class for a revolutionary socialist program.

We urge all students who agree with the fight for socialism to join the fight to build this movement today! Sign up as a member of the International Youth and Students for Social Equality! Build the IYSSE where it exists and form new chapters at your school, university, TAFE and workplace!

Take up the fight for international revolutionary socialism!