On February 2, the New Zealand government announced it would refuse entry to “any foreign travellers who leave or transit through mainland China.” Similar restrictions have been put in place by the US and other countries, in response to the outbreak of novel coronavirus, which began in Wuhan, but has already spread to many countries beyond China’s borders. 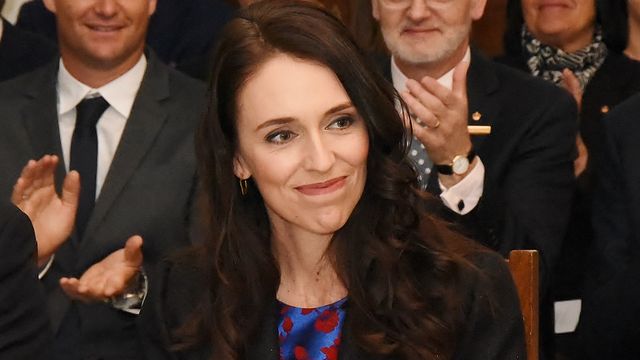 Prime Minister Jacinda Ardern stressed that the travel ban was “temporary:” it will last 14 days and be reviewed every two days. However, should the virus continue to spread there is every chance the ban will be extended. So far, there have been no cases of coronavirus in New Zealand. A government-chartered flight from Wuhan arrived in Auckland on Wednesday, with about 200 people, mostly NZ citizens and residents, who will be quarantined at a military base for two weeks.

The Labour Party-led government is ignoring the advice of the World Health Organisation, whose director-general Tedros Adhanom Ghebreyesus reiterated on February 3: “There is no reason for measures that unnecessarily interfere with international travel and trade.” The WHO has warned that such measures fuel distrust and impede a rational, globally coordinated effort to contain the virus. It has also warned “against actions that promote stigma or discrimination.”

New Zealand’s travel ban is a highly political move that sets a nationalist tone for this year’s election, to be held in September. Labour, its coalition partner NZ First and their supporters are escalating their long-running anti-China campaign, which aims to divide the working class, stoke nationalism and demonise Chinese people, in order to prepare the country to back US warmongering.

Significantly, the Ardern government’s position changed after travel bans were imposed by the US and Australia, New Zealand’s main allies. The Trump administration is using the virus as a pretext to ramp up its economic offensive and preparations for military confrontation with China, which it sees as the main obstacle to US global hegemony.

Successive New Zealand governments have built strong trade ties with China, while simultaneously strengthening the military and intelligence alliance with the US. In recent years, New Zealand has come under intense pressure to align with Washington’s military build-up and economic measures against China.

Ardern’s government, in which the anti-Chinese NZ First Party plays a major role, declared, in a 2018 strategic document, that China and Russia were the main “threats” to the international order, echoing the US. Foreign Minister Peters, the leader of NZ First, has urged the US to boost its military presence in the Pacific to push back against China.

Health Minister David Clark has publicly denied that the coronavirus travel ban was influenced by the US or Australia. Consul General Ruan, however, bluntly accused New Zealand of “joining the efforts to isolate the Chinese economy.” He warned that this would negatively impact New Zealand because China remains its largest trading partner. Last year NZ exported $16.9 billion worth of food products to China, 4.5 times the value of exports to the US.

Moreover, China accounts for nearly half the foreign students in New Zealand, thousands of whom have been affected by the ban ahead of the new academic year, which begins at the end of February. In 2018, there were 15,000 Chinese people studying in New Zealand. The University of Auckland estimates 50 to 75 percent of its Chinese students are currently stuck overseas.

China is also New Zealand’s second-largest source of tourists, and the flight ban comes in the middle of the peak tourism season. Tourism Industry Aotearoa told Stuff the sector would lose approximately $94 million over the next fortnight.

The chaos caused by the virus within China is also disrupting New Zealand exports. The forestry industry, which sends about 80 percent of its exports to China, is reportedly at a near-standstill. Forest Owners Association president Peter Weir told Radio NZ that coronavirus had caused delays in processing logs in China, leading to an oversupply. Thousands of NZ workers could lose their jobs if the hold-up continues.

Meanwhile, the travel ban is fuelling xenophobic and racist attacks on New Zealanders of Chinese and Asian background, who make up about five percent of the population. These are just a few examples:

Far-right extremists and racists have been emboldened, not simply by the coronavirus panic, but by years of anti-immigrant and xenophobic propaganda by the political establishment. The Labour Party and NZ First, along with sections of academia and the media, have scapegoated Chinese and other Asian migrants in particular, for low wages, the lack of affordable housing, and other social problems caused by capitalism.

Pro-US academic Anne-Marie Brady has waged a campaign, backed by the corporate media and NZ First, against the opposition National Party’s ties with Chinese business figures. She has demanded an investigation by the intelligence agencies into the party’s Chinese-born MP Jian Yang, whom she claims, without any evidence, is a Chinese Communist Party agent. Yang’s office was vandalised last month by the fascist group Action Zealandia, which similarly denounced him as a “traitor.”

Similar anti-Chinese propaganda is being spread by the “liberal,” pro-government Daily Blog, which is backed by three trade unions. On February 4, the blog’s editor Martyn Bradbury hypocritically criticised “people attacking Asian NZers in a racist manner over this virus.” In fact, he has called for major cuts to Chinese immigration, praised the government’s military spending and denounced Chinese people as a threat to social stability.