Yesterday’s question time in Australia’s House of Representatives—the first for 2020—demonstrated how far the Labor Party will go to protect the Liberal-National Coalition government from the deepening political crisis that has engulfed it over the past three months.

Prime Minister Scott Morrison is thoroughly discredited. His indifferent and incompetent response to the fires that have raged across much of the country, which has consisted of mobilising the military and knee-jerk cash handouts to some of those affected, has provoked enormous anger. His office was then exposed as having, on the eve of last year’s election, used a sports funding grant scheme to try and bribe a small number of people in key marginal seats to vote Liberal-National. The Coalition’s victory, which was also enabled by a massive campaign by mining billionaire Clive Palmer, is effectively illegitimate. 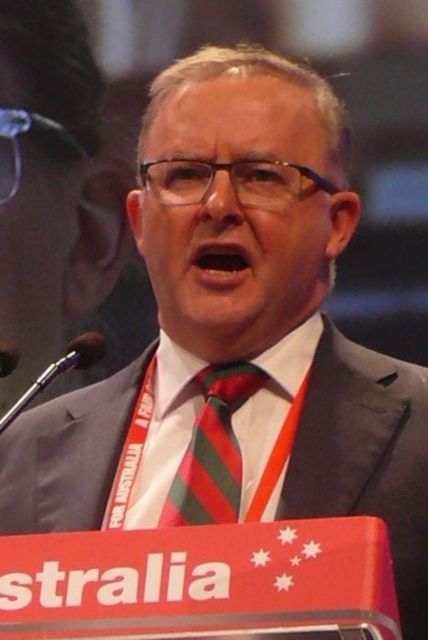 Far from calling for the government’s resignation or for a new election, however, Labor leader Anthony Albanese instead appealed to Prime Minister Scott Morrison to “improve” his performance. He offered that Labor would work more closely with the Coalition, in defiance of the burgeoning popular hostility toward the government and the entire political system.

Albanese began by asking Morrison why he did not take Labor’s “constructive” advice on how to respond when the country’s bushfire disaster began to intensify last November. The Labor leader ended the session by moving an extraordinary resolution appealing to Morrison to “start acting in the national interest,” including by working more closely with the opposition parties.

Albanese’s performance was a revealing display of bipartisanship in response to the rifts and turmoil wracking not only the Coalition government, but the entire political establishment.

Just a day earlier, Deputy Prime Minister Michael McCormack narrowly survived a leadership challenge by Barnaby Joyce, the populist ex-leader of the rural-based National Party. Two leading Nationals have left the cabinet this week: Bridget McKenzie, who was forced to resign as the scapegoat for Morrison’s sports funding racket, and Matt Canavan, who stepped down in order to support Joyce’s challenge to McCormack. The organisation remains rent by factional divisions.

In another indication of political fragility, the Greens, the third party of the political establishment, was thrown into turmoil after its leader Richard Di Natale suddenly resigned for ostensible personal reasons. The Greens have appointed its lower house member of parliament Adam Bandt as its new front person. Bandt is promoted in some circles as a “left” despite his political record testifying to his right-wing perspective.

The parliamentary instability underscores the ongoing breakdown of the political system, which has already seen six prime ministers removed either by electoral defeat and inner-party coups since 2007, along with numerous ministers and state premiers. Decades of attacks on workers’ social conditions by successive Labor and Coalition governments, combined with repeated exposures of corruption, have reduced public trust in the parliamentary establishment to a record low.

The Labor Party’s sole concern is to seek to prop up the government with token criticisms followed by offers of collaboration. Asking the first question for the year, Albanese asked why Morrison had not taken up Labor’s suggestion to call a meeting of the Council of Australian Governments (COAG) consisting of the federal, state and territory leaders, when the fire emergency worsened in November.

The Labor leader asked: “Why did the prime minister summarily dismiss Labor’s constructive proposals by rejecting a national approach to the crisis saying, ‘COAG might meet later,’ quote, ‘should the need arise’.”

Albanese’s letter to Morrison containing Labor’s COAG proposal was intended to assist the government deflect the widespread anger over its belated and inadequate response to the fires, and its refusal to address the underlying causes, notably global warming.

Albanese’s polite question emboldened Morrison to declare that his government had taken “unprecedented” action to deal with the bushfire emergency, boasting that he had ordered the first-ever compulsory callout of military reservists. Morrison proclaimed that by deploying the armed forces without any request from the state governments, he had taken this “to the extreme of constitutionality.”

Labor fully agrees with mobilising the military domestically, which exposed the lack of adequate civilian fire-fighting and disaster resources. Along with Morrison’s push for national emergency powers, the deployment of troops is designed to strengthen the powers of the state apparatus to suppress the mounting discontent, not protect people from such catastrophes.

To end question time, Albanese sought to move an urgency resolution. The motion asserted that the prime minister had, among other things, “repeatedly refused to admit his failings in handling the ongoing bushfire crisis” and was “ignoring the damning report of the independent auditor-general concerning his corrupt sports rorts scheme.” The motion further accused Morrison of having “no plan for this country, only a marketing plan for himself.”

Such “failings”—the defiance of the auditor-general and corruption—would be grounds for demanding Morrison’s resignation and the removal of the Coalition government. Instead, the resolution concluded by asking the House of Representatives to “therefore call on the prime minister to stop acting in his own interest and start acting in the national interest.”

In other words, Morrison and his government should remain in power, but better serve the so-called national interest. What is meant by “national interest” is the profit and geo-strategic interests of the Australian capitalist class, not those of the working class.

Anxious to suppress any criticism, the government used its slim majority to block Labor’s motion. Yet Albanese’s plea to Morrison echoed a February 4 editorial in the Australian, the Murdoch media’s national flagship.

The editorial sounded an alarm that Morrison’s public reputation had been “battered,” the government’s public opinion ratings had tumbled and the Coalition was in “internal disarray.” It urged Morrison to take the start of a new parliamentary year to “reset his political and policy fortunes” and the Coalition to “break out of its rut and seize the moment.”

This means stepping up the attack on workers’ jobs and conditions, and further slashing social programs, in order to satisfy the requirements of investors. That is the “national interest,” according to the financial and corporate elite.

Albanese’s line is not an aberration. Labor has been the central mainstay of capitalist rule in Australia throughout its history, imposing the dictates of the ruling class on the working class. His performance is part of Labor’s further shift to the right since last year’s election defeat.

Since being installed as Labor leader after the election debacle, Albanese has sought to win the backing of big business by vowing to form a government that would be dedicated to “wealth creation” and a new wave of pro-market economic restructuring, emulating the Hawke and Keating governments of 1983 to 1996.