The effort by the Democratic Party establishment to conceal or suppress reports of Senator Bernie Sanders’ victory in the Iowa caucuses reached a new stage Thursday with Democratic National Committee Chairman Tom Perez calling on the Iowa Democratic Party to “immediately begin a recanvass” of the state.

The twitter statement by Perez came only hours after the final figures from the Iowa Democratic Party showed Sanders more than 6,000 votes ahead of former South Bend Mayor Pete Buttigieg in the February 3 caucuses, and behind by only two “state delegate equivalents,” out of 2,152, in the process that will lead to the awarding of Iowa’s delegates to the Democratic national convention.

With all but one of nearly 1,800 precincts tallied, Sanders led Buttigieg by 43,671 to 37,557 votes, with Senator Elizabeth Warren in third place with 32,553, among initial ballots cast at the caucuses. Sanders had 24.8 percent of the vote compared to 21.3 percent for Buttigieg. 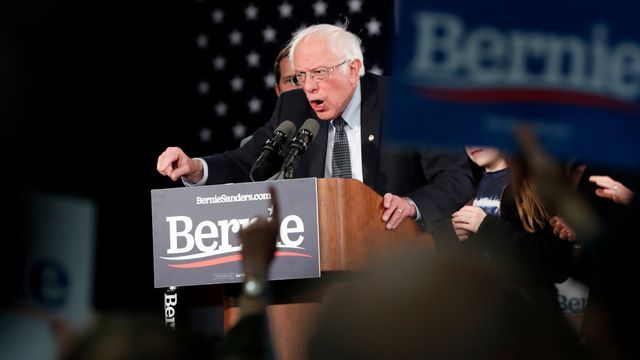 Sanders had a smaller lead in the second round, after those backing “unviable candidate” (those with less than 15 percent support) were allowed to switch their votes. Buttigieg’s lead in “state delegate equivalents” arises from the overrepresentation of rural areas, where he ran stronger, in the apportioning of delegates.

The statement by Perez appeared to have two purposes: to provide cover for the Democratic Party in response to widespread accounts of inaccuracies and contradictions in the Iowa vote reporting, including a lengthy account posted on the New York Times website Thursday; and to further muddy the outcome of the caucuses, in which Sanders won a clear popular vote victory despite the effective tie in the number of delegates won.

Sanders wiped out Buttigieg’s narrow lead in delegates thanks to votes in satellite caucuses, which were held outside normal hours or outside the state to accommodate voters unable to attend the regular caucuses that began at 7 p.m. Monday night. In two results reported Thursday, one satellite caucus for night-shift workers at a food processing plant in Ottumwa, and the other for students and workers at Drake University in Des Moines, Sanders collected nine “state delegate equivalents” compared to zero for Buttigieg.

It is noteworthy that Perez issued his statement knowing that Sanders was about to hold a press conference in New Hampshire, where he is campaigning for the February 11 primary, to declare victory in Iowa. Sanders again refused to make any criticism of the Iowa Democratic Party for delaying the report of the results for many days.

In his tweet, Perez acknowledged “problems that have emerged in the implementation of the delegate selection plan” and urged a complete recanvass “in order to assure public confidence in the results.” A DNC official told the press that this would involve a hand audit of worksheets and reporting forms from every precinct and satellite caucus, checking for inconsistencies, mathematical errors and other mistakes. The scale of such an effort could postpone any final report of the Iowa results for days, and perhaps even until after the New Hampshire primary, the second contest in the race for the Democratic presidential nomination. 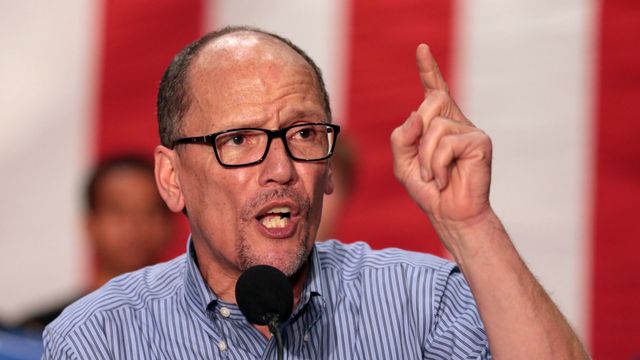 Iowa state Democratic Party Chairman Troy Price said that he was prepared to order a recanvass, but only if requested by one of the campaigns, not by Perez, who has no actual authority to order the review. None of the campaigns has yet requested a recanvass, and it is not clear that any of them will, since those candidates who finished below the top two, including Warren, former Vice President Joe Biden and Senator Amy Klobuchar, want the public to forget about Iowa as quickly as possible.

The dueling statements from Perez and Price conceal their underlying political alignment: Price was the Iowa state director for Hillary Clinton’s campaign in 2016 before becoming state chairman; Perez was the choice of the Clinton wing of the party to head the DNC, narrowly defeating Representative Keith Ellison, backed by Sanders and Pete Buttigieg in his first national effort. Both Price and Perez are adamantly opposed to the nomination of Sanders, who calls himself a “democratic socialist.”

The New York Times account, under the headline, “Many Errors Are Evident in Iowa Caucus Results Released Wednesday,” was based on a precinct-by-precinct analysis that suggested both math errors in the tallies and more serious violations of rules governing the caucuses, including more people voting in the second round than in the first, and votes being subtracted from “viable” candidates, when their totals should only have increased.

The Times claimed there was no pattern in the errors, in terms of favoring Buttigieg or Sanders, the two leading candidates. Its analysis did not include well publicized and cruder errors in the initial count, such as awarding hundreds of Sanders votes to former Massachusetts Governor Deval Patrick, who did not campaign in Iowa, and hundreds of Warren votes to billionaire Tom Steyer. These mistakes were publicly corrected by the Iowa Democratic Party, but they obviously did not add to the credibility of the overall result.

The figures showed the gap between Buttigieg and Sanders, in terms of “state delegate equivalents,” narrowing to near nonexistence. That did not stop the bulk of the corporate media from continuing to present Buttigieg as the surprise victor in Iowa and Sanders as the second-place finisher, and even claiming that Sanders’ comfortable lead in the polls ahead of the New Hampshire primary was in danger.

An example of this was a headline on the website of Newsweek magazine, which read, “Pete Buttigieg Gaining Quickly In New Hampshire As Bernie Sanders Stalls: Poll.” The article was actually reporting a poll in which Sanders led with 31 percent of the vote, with Buttigieg in second place at 21 percent. The report admitted that “Sanders maintains a healthy lead in the state where he won more than 60 percent of votes in the 2016 contest.”

The main concern of the Democratic establishment is not Sanders himself—a proven defender of capitalism and a longtime collaborator with the Democratic Party leadership in the Senate and House. It is that the nomination of a candidate who publicly (if less and less frequently) embraces the socialist label and who professes his opposition to war and militarism could provide encouragement to the leftward movement of millions of working people and youth who are looking for a way to fight back against the capitalist system.

There are further signs of the deep political crisis wracking the Democratic Party. Campaigning in New Hampshire, former Vice President Biden took up the anti-socialist cudgel wielded by Trump in his State of the Union address. “If Senator Sanders is the nominee for the party, every Democrat in America up and down the ballot, in blue states, red states, purple states, easy districts and competitive ones, every Democrat will have to carry the label Senator Sanders has chosen for himself,” Biden said. “He calls him—and I don’t criticize him—he calls himself a democratic socialist.”

The Biden campaign was in visible crisis, purging both the Iowa state director and the Iowa field director after the dismal showing there, and shifting advertising money from the South Carolina primary on February 29 to the Nevada caucuses February 22 in an effort to avoid losing the first three contests in the Democratic race. Biden admitted in one campaign appearance Wednesday that the Iowa caucus had been a “gut punch” to his campaign.

Meanwhile, the Sanders campaign announced that it had raised $25 million from more than 648,000 donors in January, the best fundraising month of the campaign, with an average donation of $18, most of it on-line. These included 219,000 first-time donors. A campaign statement declared, “Working class Americans giving $18 at a time are putting our campaign in a strong position to compete in states all over the map.” According to Sanders aides, “teacher” was the most common occupation, and the top five employers of those making contributions were Amazon, Starbucks, Walmart, the US Postal Service and Target.