“I fear for the future of democracy in Britain”

Protesters speak out at demonstration against Tory government deportation plans

World Socialist Web Site reporters spoke with those attending Monday night’s demonstration in London demanding an immediate halt to all deportations, including 56 Jamaicans whose status remain in limbo. 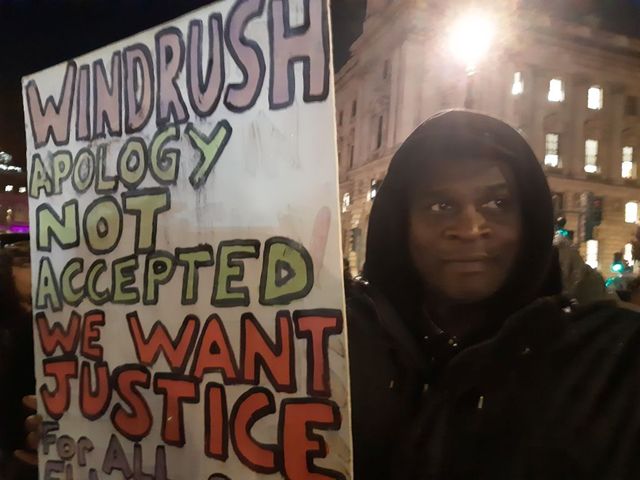 Clifton, a mechanic from London, said, “I’m here to support this demonstration against the deportation of these people. I think it’s all wrong. They’ve been taken to the detention centre and just kept there, ready to be shipped out without any money, nowhere to go to.

“You imagine, you’ve lived somewhere for 40 years and then you’re taken with just the clothes you are wearing and are shipped to another country and have to survive by yourself. It’s illegal. It’s a criminal offence. I think if something like that were to happen to me, it’s the end of my life.

“Imagine, you have a career, work, a family. The upheaval, just sent away, like you’re not human, an animal, locked up in this place, where your day-to-day routine is just being locked up and then you’re shipped out to a country where you don’t know anyone, no way to survive, you don’t know where you are.

“Your parents came to this country and fought to provide everything you have … and then all of that is taken from you. Some people have been working for over 40 years.” 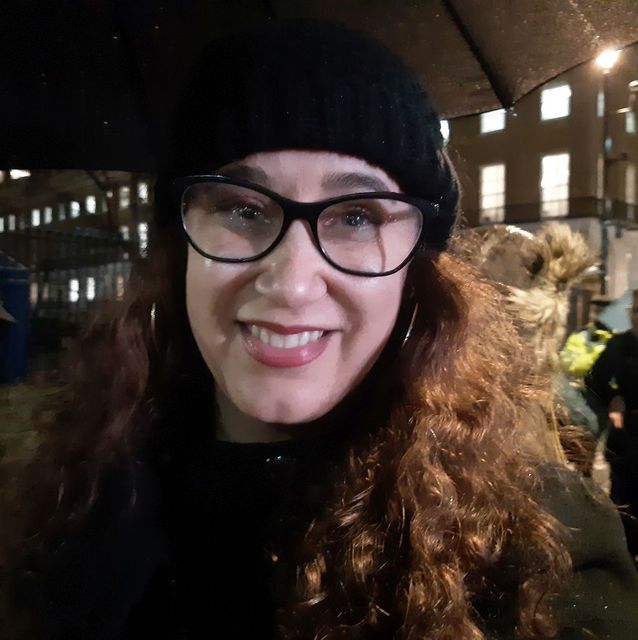 Shona Pollock from East Ham in London explained, “I’m here to oppose the British government’s racist policy of deporting the Windrush generation. People from my church who have been here for more than 50 years, pensioners in their 70s who served the NHS, are being deported for the crime of having lost their passports.”

Shona said Prime Minister Boris Johnson’s actions mirrored those of the Trump administration in the US and other governments around the world. “I see it happening in India with Modi, with Assad in Syria. I’m so upset that Britain, which used to be a bastion of tolerance and liberal values, has gone down the route of intolerance. And frankly, this is the beginning of what I consider to be a type of racist fascism. Increasingly I fear for the future of democracy in Britain.”

Anne, who works as a librarian, said, “I’m here to protest this injustice that is taking place. The unfairness of what they’re doing is just incredible. They shouldn’t be allowed. It’s inhumane. They should wait for the inquiry which they had over the [Windrush scandal]. They’ve done this undercover, with no sense of justice. It’s just so unfair.” 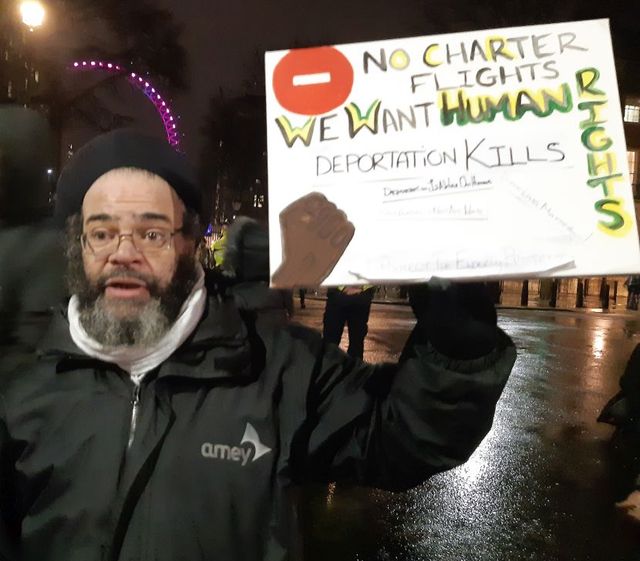 Lionel said, “I am tired of this system cheating people who have come here when they were young, who helped to build this city. After the Second World War, they asked us to come here–our parents and our ancestors. They asked them to come here, and we helped to build this city from rubble. Now all they are doing is deporting our people, treating the poor people like they are criminals, and yet the biggest criminals are right in this place here: Parliament and all around.

“This is a global system. These people know, and they have been playing this game for years. Divide and rule–that’s their main objective. We are brothers, we are connected. But they want to divide us, so it is up to us to change the status quo. The whole system has us tied up in work.

“This is a plantation! We just come and work, give our eight hours, now we get a little pay, and we think we are someone. But it’s the same plantation. Our children are no longer looked after the way they used to be, with a mother at home, husband goes out to work and brings the bread in. Now, the families are divided. This is how they want us, divided. Divide and rule, and they conquer. We have to change this, and we are doing this for our children and the children after us.” 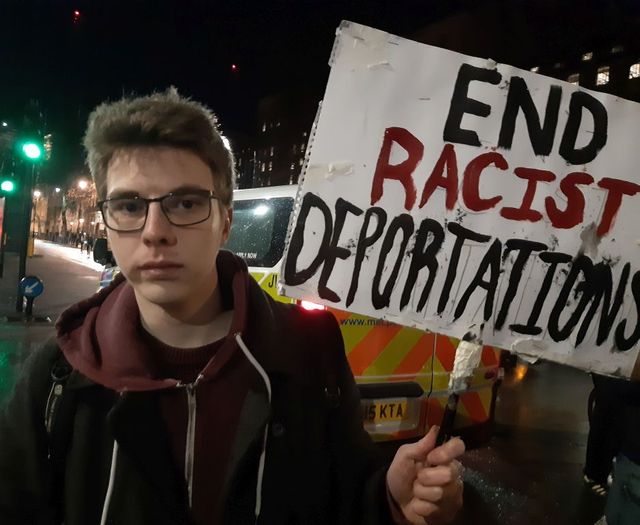 Shian Harris said, “It’s unacceptable that these people are going to be deported, who clearly have a right to be here. I think that it’s incredibly concerning that it seems increasingly that the ability to have secure citizenship is predicated on being white in this country. It’s part of a long history of racism which is destroying people’s lives, and it’s getting much worse.

“Who has the right to consider who does or doesn’t have rights? To be treated with basic dignity and humanity is closing down, and we are seeing that in the UK. People who are refugees and asylum seekers are being completely ignored, and that has now been expanded to anyone who isn’t considered British under a very narrow, racist point of view.

“It’s a classic racist tactic. You see this going back to Jim Crow, justifying violence against people of colour by claiming criminality. Even if someone had committed a crime, they are still a citizen of this country. They still have the right to be here. It is incredibly concerning that they are taking away these rights as a way of justifying these restrictions, and that is why it could go much further.”