General Motors announced Sunday that it will be ending its sales, design, and engineering operations in Australia and New Zealand and retiring the historic Holden brand of vehicles in those countries. The company also revealed that it would be winding down the sale of Chevrolets in Thailand and selling its Rayong assembly plant there to China’s Great Wall Motors Company.

According to media estimates, roughly 1,500 jobs are to be impacted in Thailand, and a further 600 in Australia and New Zealand, with undoubtedly more to be affected downstream. One hundred and eighty-five Holden dealerships will also be eventually closed.

GM’s moves are the latest retreat for what was once the world’s largest manufacturer. The company has spent the last several years shrinking its global footprint, as it faces declining sales and ferocious competition to dominate emerging technologies, including electric and autonomous vehicles.

The wave of closures and layoffs at GM is part of an escalating jobs massacre worldwide in the auto industry. Hundreds of thousands of auto and auto parts manufacturing jobs were destroyed last year, and roughly 100,000 more job cuts are currently planned in 2020 and beyond by automakers.

In 2017, GM ended production in Europe with the sale of its Opel and Vauxhall units to PSA Group. That same year, GM ceased assembly operations in Australia with the closure of its Elizabeth plant in South Australia, the last auto plant left in Australia, ending the 70 year history of auto manufacturing in the country. Since then, the company has also exited India, Russia, Vietnam, South Africa, and Indonesia, in addition to closing plants in the US (Lordstown), Canada (Oshawa), and South Korea (Gunsan).

The press release Sunday announcing GM’s latest moves said that the company “is taking decisive action to transform its international operations, building on the comprehensive strategy it laid out in 2015 to strengthen its core business, drive significant cost efficiencies and take action in markets that cannot earn an adequate return for its shareholders.”

“I’ve often said that we will do the right thing, even when it’s hard, and this is one of those times,” GM CEO Mary Barra was quoted as stating. “We are restructuring our international operations, focusing on markets where we have the right strategies to drive robust returns, and prioritizing global investments that will drive growth in the future of mobility, especially in the areas of EVs and AVs.”

In a formulaic and wholly unconvincing profession of concern for the lives which will be devastated by the company’s decision, she continued, “While these actions support our global strategy, we understand that they impact people who have contributed so much to our company. We will support our people, our customers and our partners, to ensure an orderly and respectful transition in the impacted markets.”

The press release added that the moves in South East Asia and Oceania build on earlier changes revealed at the beginning of the year, i.e. “that GM would sell its Talegaon manufacturing facility in India; significant restructuring actions implemented in Korea; and investment in and continued optimization of South American operations.”

The moves out of Australia, New Zealand and Thailand are expected to incur charges of $1.1 billion for the company in 2020. GM’s announcement found a tepid response by investors, with its stock down 1.5 percent by the end of Monday. The company told analysts earlier this month that its restructuring efforts outside China are aimed at producing profit margins in the mid-single digits, effecting an increase of $2 billion compared to 2018.

GM’s further exit from a number of markets follows its announcement earlier this month of a slump in profits for 2019, with net income down 17 percent year-over-year to the still substantial amount of $6.7 billion, and lowered earnings forecasted for 2020. The decline in profits for 2019 was largely due to the 40-day-long strike by GM workers in the US, which was shut down and betrayed by the United Auto Workers union on terms dictated by the company.

The end of GM Holden

The end of GM’s iconic Holden marks the final strangulation of what was once one of the country’s most popular vehicle brands and an employer for thousands of workers. 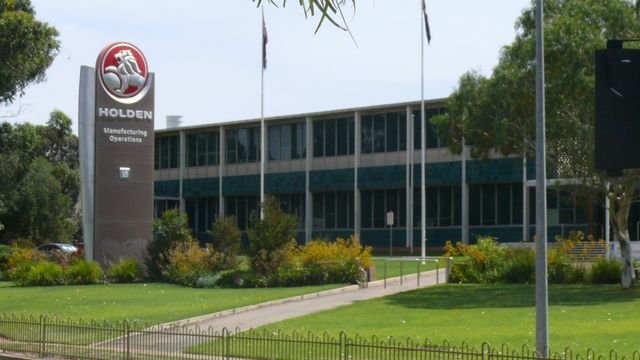 Holden began as a saddle producer in 1856. Moving into automobile production at the beginning of the 1900s, it was later acquired by GM in 1931. While the company once operated assembly plants in a number of Australian states, it began to shed jobs and shutter factories beginning in the early 1980s, even as billions in tax incentives continued to be handed over by successive Australian governments.

By the late 1990s, GM Holden assembly operations had shrunk to just one facility in the Adelaide suburb of Elizabeth, with engines being produced at the Fishermans Bend plant in Melbourne.

Then, in the mid-2010s, GM, Ford and Toyota all announced that they would be ceasing production in Australia entirely by 2017, following earlier exits by Mitsubishi, Nissan and Leyland, signaling the end of the country’s auto industry and the further devastation of working class communities.

These moves were part of a global restructuring of the auto industry which has continued to this day. The transnational auto companies have attempted to sustain their profits by offloading ever-greater costs onto the backs of workers, shedding jobs wherever possible and deepening the exploitation of those who remained.

Critical assistance was rendered to the companies by the Australian Manufacturing Workers Union (AMWU), which, like their counterparts in other countries such as the UAW and Unifor, promoted nationalism and xenophobia and worked to block opposition by workers to the closures.

Including related industries and services, an estimated 150,000 jobs were destroyed. In the areas surrounding the former auto factories, social misery has followed. In Elizabeth, site of GM’s last and now-shuttered Holden plant, the unemployment rate stood at over 30 percent by 2018, and was over 60 percent for young workers aged 15 to 24.

At the time, GM executives were at pains to assure the public that the company’s presence would continue in some form. Although Holden manufacturing was no longer, GM still continued to employ a skeleton workforce to sell imported cars under the Holden brand. “Holden is here to stay,” said GM Holden CEO Mike Devereux, in a slogan which was to be used as part of ad campaign. “The brand is going to be a part of the fabric of this country for a very long time.” This, of course, has turned out to be yet another cynical and empty promise on the part of the corporate giant.

For his part, the right-wing Australian Prime Minister Scott Morrison—who has pushed through massive tax cuts and cuts to social spending—feigned outrage over GM’s decision to end the Holden brand, saying, “Australian taxpayers put billions into this multinational company. They let the brand just wither away on their watch.”

While GM has attempted to present its withdrawal from markets where it is less profitable as an effort to retrench to those where it is better positioned, the developing slump in auto sales globally, which significantly accelerated in 2019, threatens to erupt into full-blown crisis, sparing no region.

In China, now the world’s largest auto market, sales fell 9.6 percent in 2019 and are expected to fall as much 10 percent in the first half of 2020 alone, exacerbated by the impact of the novel coronavirus, which has caused massive disruptions to production and everyday life. GM announced over the weekend that its plants in China were only just beginning a “staggered” reopening.

The End of Auto Production in Australia