“What we think changes how we act.”

Andy Gill, the guitarist and founding member of the British post-punk group Gang of Four, died on February 1 of pneumonia at age 64. By consciously avoiding the conventions of rock guitar playing, Gill developed a distinctive musical style that incorporated clipped phrasing, repetition, harmonics, percussive effects and feedback. His lyrics, often influenced by Marxist ideas, offered pithy observations of social, economic and political reality. Through Gang of Four, Gill influenced generations of musicians, including the Red Hot Chili Peppers, REM, Nirvana and Rage Against the Machine. 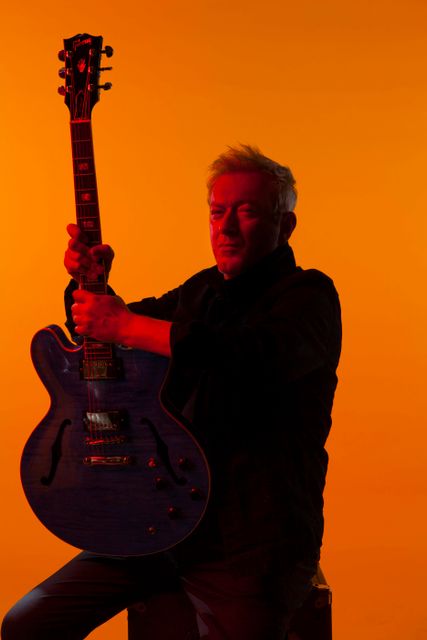 Gill was born in Manchester, the United Kingdom, in 1956. Manchester had been a center of textile manufacturing in the nineteenth century and for many years, the city was home to Friedrich Engels, who conducted research there for his book The Condition of the Working Class in England in 1844. A century later, Manchester’s industries were harnessed to provide equipment for World War II. But by the time of Gill’s birth, the city’s cotton and heavy industries were in decline.

During his childhood, Gill became a fan of British and American rock groups such as the Rolling Stones and the Velvet Underground, as well as funk musicians such as James Brown and Funkadelic. When Gill’s cousin showed him how to play the Rolling Stones’ “Satisfaction” on guitar, it sparked his desire to become a musician himself. The punchy rhythms of British band Dr. Feelgood were a later influence on him.

Thanks to a grant that paid his tuition, Gill attended a private school called Sevenoaks as a teenager. There he befriended a schoolmate named Jon King. The two were exposed to contemporary abstract and conceptual art and began to develop a degree of intellectual sophistication. In the late 1970s, they both went to Leeds University to study art. There the two started playing music and writing songs together.

Gill’s time at Leeds coincided with a period of increasing wealth inequality, high unemployment and strikes. To suppress and divide the working class, the British ruling class promoted reactionary forces such as the National Front and the British Movement, a neo-Nazi group founded in 1968. When the leader of the British Movement was separated from the rest of his group during a march in Leeds, Gill and King chased him down an alley. 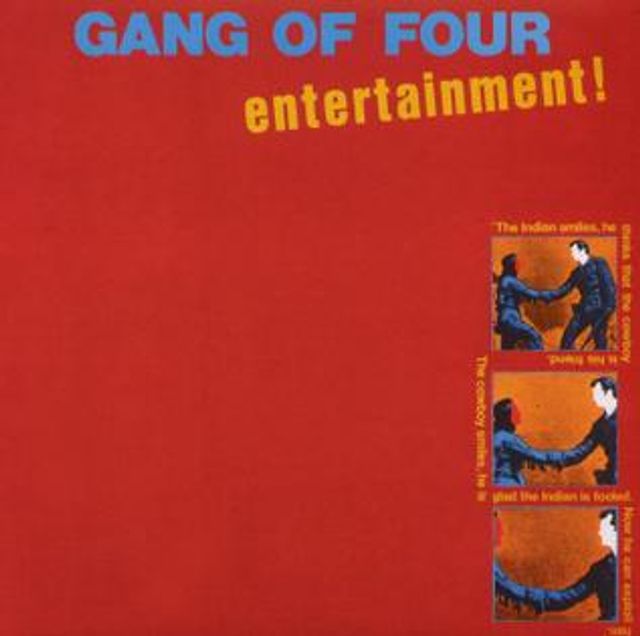 A travel grant allowed Gill and King to spend time in New York, where they became regulars at the punk club CBGB. At the bar, they often saw and spoke with musicians such as John Cale of the Velvet Underground and Joey Ramone of the Ramones. These experiences gave Gill and King the confidence to form their own band.

Back at Leeds University, Gill and King (who had become the singer) enlisted bassist Dave Allen and drummer Hugo Burnham to form Gang of Four. The name referred to a faction within the Chinese Communist Party that had gained power during the Cultural Revolution which began in 1966. After Chairman Mao Zedong’s death in 1976, the group was accused of being counterrevolutionaries and arrested by the regime. “Obviously, with the name Gang of Four, there’s a certain element of irony, and it’s a little bit tongue-in-cheek,” Gill told Perfect Sound Forever. “That’s part of why that name works. But I don’t think there was any political awareness at that stage.”

Gill and the others worked hard to develop a distinct musical identity for their group. Rather than playing loud chords like other punk guitarists, Gill played repetitive, staccato lines and left room for moments of silence. He encouraged Allen and Burnham to strip rhythm to its rudiments and build a new, unconventional sound. The result was syncopated, spare music that incorporated elements of punk, funk and reggae without fitting neatly into any of those genres. “You could tell by listening to Gang of Four music that punk had happened. But it definitely wasn’t punk music,” Gill told Perfect Sound Forever.

The band’s best known and most widely acclaimed album is its 1979 debut Entertainment! In deadpan lyrics seemingly intended to provoke critical thought, the songs analyze topics such as commodification, the “great man” theory of history, gender roles and alienation. The song “5.45,” for which Gill wrote lyrics, describes how television news coverage made guerrilla warfare in Latin America seem remote and unreal. “Watch new blood on the 18-inch screen / The corpse is a new personality.”

A tour of the United States influenced the band’s second album, Solid Gold (1981). “Capitalism in Britain has more things obscuring the basic social and economic structures,” Gill told Perfect Sound Forever. “In America, you get more of the bare bones—the social relations and economic structures are more clear.” 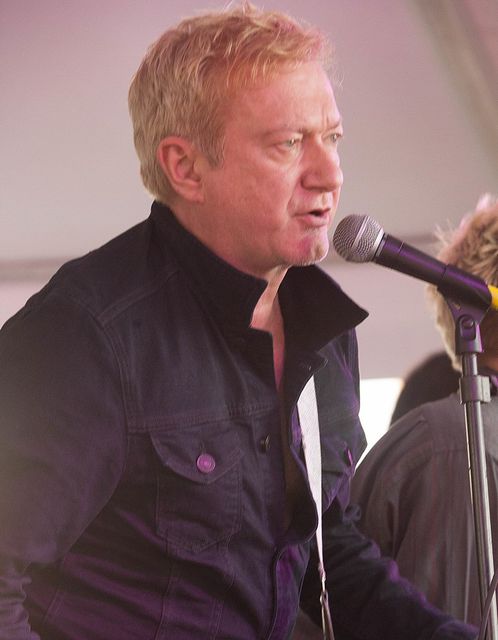 In the bleak “Paralyzed,” the first song on Solid Gold, Gill examines the bourgeoisie’s propaganda for capitalism. “Wealth is for the one that wants it / Paradise, if you can earn it,” Gill says with flat affect. The song also portrays the bewilderment of a worker who has absorbed this indoctrination, but is laid off when he is no longer needed:

My ambition’s come to nothing
What I wanted now seems just a waste of time
I can’t make out what has gone wrong
I was good at what I did
Meanwhile, the brute and mechanical rhythm seems to reduce the speaker to a statistic.

After reading a feminist pamphlet, Gill wrote “Why Theory?” “We’ve all got opinions / Where do they come from?” the song asks. “Each day seems like a natural fact / And what we think changes how we act.”

For their third album, Songs of the Free (1982), Gang of Four used backup singers and approached a more conventional pop style. Gill described the album as a wolf in sheep’s clothing, saying that the tactic was aimed at subversion. The wry “I Love a Man in Uniform,” which satirizes machismo and criticizes militarism, was a hit in the UK and the US. But when the conservative government of Prime Minister Margaret Thatcher began active hostilities against Argentina in the Falkland Islands, the BBC forbade disc jockeys to play the song.

The band’s fourth album, Hard (1983), received negative reviews, and the band broke up after its release. Gill began producing music for artists such as the Stranglers, the Red Hot Chili Peppers, INXS’s Michael Hutchence, and the Futureheads. Over the years, Gill and King intermittently reformed Gang of Four with other musicians and released new albums, often to mixed reviews. When King decided to quit the band for good, Gill kept it going. Its last album, Happy Now, was released in 2019 and included a song about Ivanka Trump.

During Gill’s college years, currents of Marxist revisionism still had significant influence on left-leaning artists and intellectuals. Gill was exposed to the ideas of the Situationist International, which, rather than promoting revolutionary socialism, staged “situations” in an effort to dispel social alienation and reawaken what its members considered authentic desires. Gill also had encountered the ideas of the Frankfurt School of philosophers such as Herbert Marcuse and Theodor Adorno. The Frankfurt School denied the revolutionary role of the working class and turned toward philosophical idealism.

Overall, Gill and Gang of Four did not reflect the pessimism and irrationalism of these trends. They consistently rejected escapism, confronting social reality in a critical manner. Rather than accepting contemporary conditions as natural or foreordained, they sought to understand their deeper origins in history and class relations. Although their analysis was at times cursory, their critiques of capitalism, militarism and sexism were entirely healthy. Gill’s work stands in marked contrast with that of popular musicians who only ever engage with social and political issues in an unserious way, if at all.