Eminent Monsters is a documentary by Stephen Bennett involving extensive research and interviews. Focusing on the use of psychological torture that breaks the mind without physical evidence of harm, the film is a devastating exposure of the shocking and systematic abuse by the governments of Britain and the United States of their own citizens.

It has immediate relevance regarding the treatment being meted out to WikiLeaks founder Julian Assange, which Professor Nils Melzer, the United Nations Special Rapporteur on Torture, has described as psychological torture. 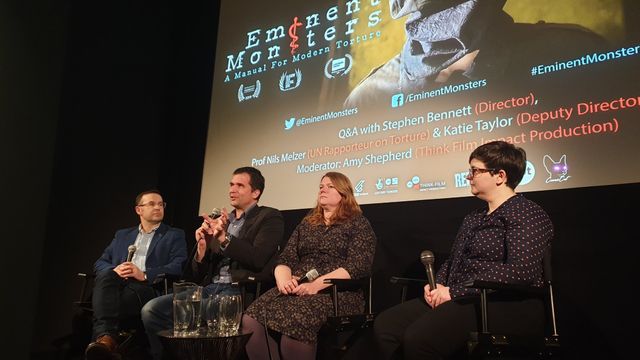 The film was screened at the United Nations Human Rights Council in 2019 as part of a special event discussing the use of psychological torture by governments and will be used to develop International Protocols on Non-Coercive Interviewing by Member States. It is currently screening in several cities in the UK and US.

On February 28, Melzer will present his annual report, to be published on Friday, to the UN Human Rights Council. His report this year focuses on psychological torture and inhuman and degrading treatment, both of which violate the 1984 UN Torture Convention and the 1987 European Convention on Human Rights, irrespective of whether the treatment was intentional.

Melzer has criticised the UK government for its inhuman and degrading treatment of Assange that has placed his life in jeopardy. He has cited Eminent Monsters as a key factor motivating his research. 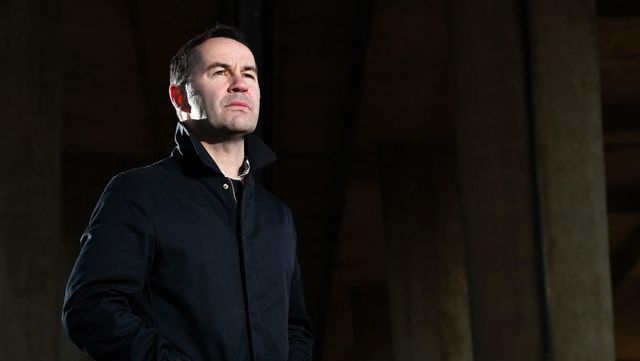 The film starts with a clip of US President Donald Trump voicing his approval of waterboarding, reluctantly banned by the Bush administration in 2006 as potentially illegal and ineffective, saying, “I like it a lot. I don’t think it’s tough enough.”

Eminent Monsters’ original title was Do No Harm, after the Hippocratic Oath that includes the promise “first, do no harm” that medical students make.

The Montreal-based, Scottish-born psychiatrist Dr. Ewen Cameron pioneered, with funding from the CIA and Canadian intelligence between 1957 and 1964, sensory deprivation, mind-altering chemicals, the use of forced comas, repetitive aural stimulation and so-called “enhanced interrogation techniques.”

Bennett shows how Cameron’s techniques were later used by the CIA as part of its controversial MK Ultra Project 68 during the Cold War, and by the British government against detainees in Northern Ireland in the 1970s, the US in Afghanistan, Abu Ghraib in Iraq, the CIA secret prison “black sites” and at Guantanamo Bay, and by 27 countries around the world. Cameron’s results were later published as Kubark Counter-Intelligence Interrogation Manual. 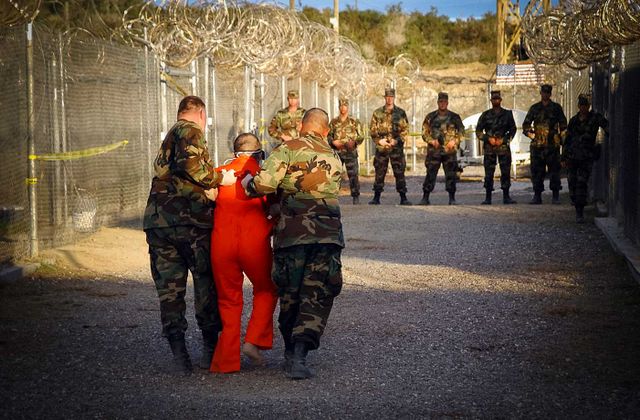 A prisoner at Guantanamo

The experiences gained from each conflict were used to inform the next, even though it was clear that these techniques were useful not so much in extracting information as in terrorising and traumatising people.

Bennett interviews the families of Cameron’s private patients, who were subjected to his supposedly therapeutic work. They described their loved ones as “having completely lost their personalities.”

The Royal Ulster Constabulary (RUC) in Northern Ireland used what has become known as “the Five Techniques”: wall standing, hooding, white noise, sleep deprivation, and a diet of only bread and water. It also used a sixth technique, making a prisoner wear a loose-fitting boiler suit, which in combination with the others, meant that the prisoner experienced unvarying sensory information from his environment—an effect known as “perceptual deprivation.”

One of the most well-known cases involved the 14 Republican “Hooded Men,” interned without trial in 1971. They were forced to listen to constant loud static noise; deprived of sleep, food and water; forced to stand in a stress position and beaten if they fell. Most horrifying of all, they were hooded and thrown from helicopters a short distance off the ground having been told they were hundreds of feet in the air.

Tim Shallice, professor emeritus and past director of the Institute of Cognitive Neuroscience at University College, London, was present in the audience. He became a vocal critic of Britain’s “interrogation in depth” methods. His research showed that these methods resulted in extreme sensory deprivation, were likely to cause serious psychological damage and constituted a form of mental torture, contributing to the UK government’s official ban on interrogation in depth and the closing down of publicly funded research in Canada in the mid-1970s.

The Republic of Ireland took the UK to the European Court of Justice (ECJ), accusing it of torture. In 1978, the ECJ perversely ruled that the prisoners had not been tortured, “but their treatment had been inhuman and degrading,” repeating its verdict in 2017, thereby admitting that the treatment was indeed illegal according to both international and European law.

Nine of the 14 who are still alive are continuing their fight for justice against the Northern Ireland police. In September, the Belfast Court of Appeal ordered a criminal investigation into the treatment of the “Hooded Men,” with the Lord Chief Justice Sir Declan Morgan, Northern Ireland’s most senior judge, saying the treatment of the men “would, if it occurred today, properly be characterised as torture.”

Crucially, the ECJ’s 1978 ruling was used as the legal basis to justify state-endorsed torture, including by the Bush Administration after the terrorist attacks on the Twin Towers in New York in 2001 and its subsequent “War on Terror.” 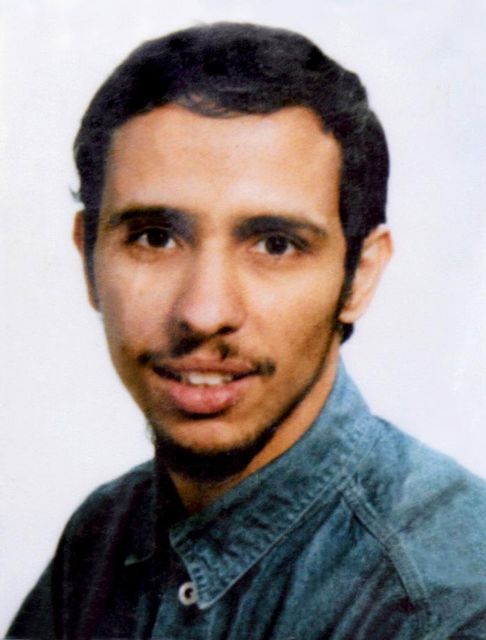 Bennett interviewed Mohamedou Ould Slahi, held for 14 years without charge at Guantanamo and believed to be the most tortured detainee. Another interviewee, British citizen Moazzam Begg, also imprisoned at Guantanamo, said he wanted to be killed after the interrogators used their strategy of “demonstrated omnipotence” against him.

The film was followed by a Q&A session with the director, Nils Melzer and Katie Taylor, the deputy director of Reprieve, which provides legal and investigative support to those facing execution, rendition, torture, extrajudicial imprisonment and extrajudicial killing.

Bennett explained how the film had a long gestation. In 2007, he read about Dr. Cameron, who was born and raised near his own home. He decided to find out more, and his research ended 10 years later in the release of Eminent Monsters. It was a story of great perseverance, he said. “It’s been quite an odyssey. You think getting the film made is hard—but getting it seen is just as hard!” 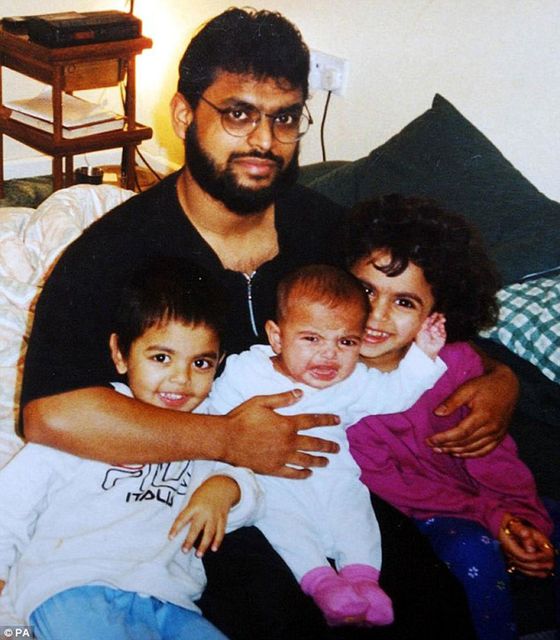 Katie Taylor of Reprieve stressed that the psychological effects of torture last a lifetime: “As well as suffering the psychological impact, Guantanamo’s victims have had problems rebuilding their lives, as the stigma of detention permeates everything. Never having been charged, they faced no trials, they were never able to clear their names and were hounded by the security services.”

She added, “Yet the perpetrators get off scot-free. Gina Haspel, the chief of a CIA black site in Thailand in 2002 in which prisoners were tortured with so-called ‘enhanced interrogation techniques,’ including waterboarding, now heads the CIA.”

Melzer stressed that the discussion was not just about the past, but the present. Every day he received requests for intervention in cases of torture. The film reveals the scale of the activity, the use of psychological methods of torture pioneered at Dachau, because the Nazis could not break people otherwise.

The ECJ’s decisions over Britain’s interrogation methods in Northern Ireland “were simply wrong,” he said. The UN definition of torture that underpins the European Union’s definition stresses that the purposeful infliction of pain or suffering, whether physical or psychological, constitutes torture. He explained that the “Hooded Men suffered way beyond torture. The state’s purpose was to show power, intimidate and break people, not to obtain information.”

In the case of the CIA’s torture, he added, no one has been brought to justice. But John Kiriakou, the first US government official to confirm in December 2007 that waterboarding was used to interrogate al-Qaeda prisoners, which Kiriakou described as torture, was convicted for passing classified information to a reporter and given a prison sentence in 2013.

Melzer noted, “The British Parliament had reported that the government was involved in torture, but the government refused to investigate. We are supposed to tolerate a system of torture.” He made the comparison to the Nuremburg Trials, saying, “We punished the Nazis, but what about our own governments, when they do these kinds of things? We have a system that punished the whistle blowers like Edward Snowden, Chelsea Manning and Julian Assange, not the perpetrators of torture. This means that as a society, we identify with the perpetrators not the victims.”