Home Secretary Priti Patel announced Wednesday that Britain will scrap “free movement” of labour and introduce a restrictive “points-based” immigration system from January 31, 2021. This follows the end of the transition period after the UK formally left the European Union (EU) on January 31 this year.

Predictably, the pro-Tory tabloids welcomed the new measures in the most lurid terms, with the Daily Mail proclaiming an “Immigration Revolution.”

The curtailing of free movement brings to an end a situation that has existed for nearly 30 years, since the adoption of the Maastricht Treaty in 1992, which formally established the European Union and heralded a “single European market” allowing the free passage of goods and labour throughout the bloc. 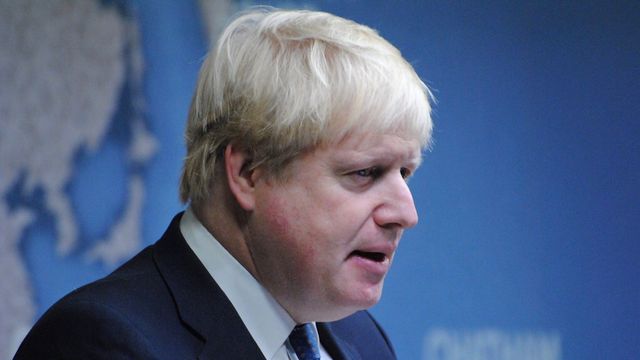 In future, those seeking to come to the UK to live and work will be required to achieve a score of at least 70 points against various criteria, such as having a job offer from a Home Office “approved sponsor” which pays at least £25,600, passing a skills threshold, requiring a PhD in some areas of work and, given pride of place, speaking English.

While EU citizens could previously come to the UK to work or study without requiring a visa, a new visa application process will be introduced, for which they must pay a fee. According to the Home Office, “most EU citizens will enrol facial biometrics using smartphone self-enrolment.” While stating “fingerprints will not initially be required,” this could change. The British state is setting in place the infrastructure to gather massive amounts of biometric data on all those who enter.

The 16-page policy statement issued by the Home Office makes clear that the UK borders will be firmly closed to what it terms “low-skilled workers.” Neither will it be possible to come as a self-employed person, as many Eastern European migrants currently working in the building trade have done. Border checks will be stepped up and entry with a valid European ID card will no longer be possible, requiring all those arriving to have a passport.

Those able to meet the onerous points requirements will be denied recourse to any income-related benefits should their fortunes change—for example, if they lose their job—until they have successfully acquired “indefinite leave to remain,” which usually takes at least five years.

EU citizens will be permitted to travel to the UK for up to six months without a visa as long as they do not work, and to pass through the expedited “e-gate” border system, but this would be “kept under review.”

The Home Office briefing says those departing the UK after their leave has expired will find their “future interactions with UK immigration” impacted. A minor infringement or mistake with a leaving date could prevent a person returning to the UK at all.

In full little Englander mode, Patel said the measures “taking back control of our borders” would “attract the brightest and the best from around the globe, boosting the economy,” while the government was “no longer going to have a route for low-skilled workers to come to the UK.”

Her claims that the new immigration system would be good for the economy were immediately contradicted by several representatives of big business, largely motivated by the closing off of a pool of relatively cheap labour in jobs that pay at or near the minimum wage, but also by a skills gap in many key areas.

Carolyn Fairbairn, director general of the Confederation of British Industry (CBI), said that “in some sectors firms will be left wondering how they will recruit the people needed to run their businesses. With already low unemployment, firms in care, construction, hospitality, food and drink could be most affected.”

A CBI report in 2018 found that 30 percent of workers in the domestic food and drink industry, the largest manufacturing sector in the UK, are EU migrant workers. The meat industry relies on 63 percent of staff on the plant floor being EU nationals, extending as high as 80 percent in some cases.

UK Hospitality chief executive Kate Nicholls said, “[R]uling out a temporary, low-skilled route for migration in just 10 months’ time would be disastrous for the hospitality sector and the British people.”

Local Government Association chair James Jamieson said, “The social care system faces one of the most serious challenges and any reforms need to ensure the social care workforce can be maintained.”

Years of austerity, council cuts and the privatisation of previously council-run provision mean the care sector is already breaking down. One in 11 posts remain unfilled, with migrant workers constituting almost a sixth of its 840,000-strong workforce in England. Under the new system, they would be classified as “low-skilled” and an already crisis-ridden care sector would be cut off from recruiting migrant labour.

Liberal Democrat home affairs spokeswoman, Christian Jardine, described the new immigration system as being based on “xenophobia” and even former Tory cabinet minister Stephen Dorrell called it “the worst kind of dog-whistle politics.” But Labour’s Shadow Home Secretary Diane Abbott merely suggested the government appeared not to have “thought through what the effects of this policy would be on the economy as a whole.”

The Trades Union Congress, as of this writing, has not issued a press release opposing the government’s move to further divide workers in Europe and internationally and defending the rights of migrants.

Those in the trade union bureaucracy who advocated for Brexit, including various Stalinists in the Rail, Maritime and Transport (RMT) union and “Blue Labour” ideologues such as Paul Embery, together with their accomplices such as the Socialist Party, are politically responsible for this outcome. They all embraced the narrative that immigrant labour from the EU must be curbed as a means of safeguarding wages and conditions. Now their demand and their rhetorical justifications can be heard from the lips of Boris Johnson and Priti Patel, even as they prepare a major offensive against the working class.

The same is true from the media, with the freesheet Metro, part of the Daily Mail group, declaring a “Ban on cheap EU workers.”

As the Socialist Equality Party warned at the time of the Brexit referendum, “The Leave campaign is focused almost exclusively on demands to ‘take back control’ of the UK’s borders in order to clamp down on EU migration—blaming migrants for the collapse of essential social services that have been gutted by years of anti-working class measures implemented by successive Labour and Conservative governments”.

The ending of free movement of labour and introduction of anti-democratic immigration policies are of a piece with the Conservative government’s move towards a hard Brexit. In his recent speech, Britain’s lead trade negotiator with the EU, David Frost, told his European counterparts the UK would in future not be constrained by EU labour, social, environmental and fiscal rules. Nor would it submit to oversight and control by European institutions and courts.

What this means for workers was made clear by Patel, who stressed that the government expects workers in Britain, including foreign-born workers settled here, to fill the gaps in low-paying areas such as food processing, agriculture and the care system by “making their skills relevant”—a euphemism for accepting lower wages and backbreaking working conditions.

The recently installed chancellor, Rishi Sunak, is a fervent advocate of freeports, where companies enjoy massive tax breaks and labour regulations are “relaxed,” i.e., workers can be exploited even more intensely. Such moves to establish a “Singapore-on-the-Thames” will spearhead the general offensive against wages and working conditions that is the real aim of “Getting Brexit Done.”

The continued demonization of migrants by the ruling elite is essential to the creation of a “hostile climate” to divide the working class and justify cuts to essential social services, including health care.

In addition, in response to complaints of employers, Patel said that the minimum income qualification can be relaxed so that migrants will be able to enter the UK as part of a cheap labour workforce, as and when needed. The legislation states that “the minimum salary threshold will be reduced to £25,600. If a person earns less than this—but no less than £20,480—they may still be able to apply by ‘trading’ points on specific characteristics against their salary. For example, if they have a job offer in a shortage occupation.” One of the jobs categorised as a shortage occupation is nursing. After tax and insurance, take home on a salary of £20,480 is just £17,462.

For an active boycott of the Brexit referendum!
[29 February 2016]