On Wednesday, former top United Auto Workers (UAW) official Michael Grimes was sentenced to 28 months in prison for his role in a massive kickback operation involving UAW vendors run out of the UAW-GM Center for Human Resources (CHR).

Grimes was a top administrative aid to multiple union vice presidents for General Motors, including Cindy Estrada, now UAW vice president for Fiat Chrysler. The scheme was run with former UAW Vice President for GM Joe Ashton and also involved another a top assistant, Jeff Pietrzyk, both of whom have been indicted. The scheme netted Grimes alone $1.5 million from 2006 to 2018.

The 28-month sentence is a wrist-slap compared to the sentencing guidelines of 47 to 57 months, and slightly more than the 24 months requested by prosecutors. The reduced sentence appears, at least in part, to be due to Grimes’s cooperation against his co-defendants, Pietrzyk and Ashton. Comments by his attorney, Michael Manley, stressing Grimes’s willingness to cooperate and that warning that “people who have done things wrong should be worried” appear to confirm this. 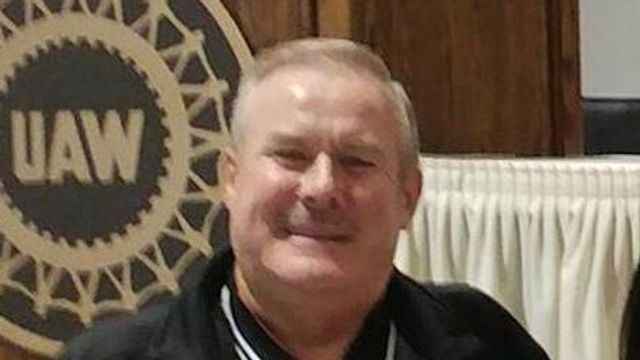 The prosecutor’s sentencing memorandum testifies to the criminality, greed and blind stupidity that typifies the UAW leadership. Grimes extorted hundreds of thousands of dollars from vendors providing union-branded memorabilia, including monthly payments of between $2,500 and $5,000, a $60,000 loan to purchase property in suburban Detroit, bogus “consulting agreements” worth tens of thousands of dollars, and cosmetic surgery for a relative. Grimes made no real attempt to hide these transactions, which, remarkably, were paid by check. The terms of his corrupt “consulting agreement” were even written into his mortgage contract.

So far, a total of 13 UAW officials, relatives and company executives have been charged as part of the federal corruption probe, and 11 have been convicted. More have been implicated in court documents but not charged, including former UAW President Gary Jones, who resigned in disgrace last November, his predecessor, Dennis Williams, and Jones’s interim replacement, Rory Gamble. A plea agreement earlier this month by top Jones ally Vance Pearson makes an indictment against Jones a real possibility.

Fire officials in Detroit are also looking into the possibility that last July’s fire at Solidarity House, the UAW’s headquarters, was deliberately set. The federal indictment of Edward “Nick” Robinson, a top Jones lieutenant, reports that an unnamed official, confirmed to the Detroit-area press as Gary Jones, said he “wished they burned the records” relating to their embezzlement scheme. Earlier this week, the Detroit Free Press published photos of the fire’s aftermath taken by city investigators showing extensive damage to the UAW offices.

The federal probe has exposed the entire UAW as a criminal syndicate, not a workers’ organization. This is not the product of individual greed, but the transformation of the unions over a whole historical period into an arm of management, driven by its pro-capitalist and nationalist orientation. Workers must break with the UAW and form new organizations, rank-and-file committees, to carry their struggle forward.

The massive endemic bribery in the UAW comes out of the divergent social interests of the union as an institution and autoworkers and the financial integration of the union into the structure of the company. Hourly employment at General Motors has fallen roughly 90 percent in the United States since the 1970s, when GM had more than 400,000 workers. Union assets have increased over that same period to roughly $1 billion, and more than 450 union executives now make over $100,000 per year.

A federal takeover of the union under racketeering statutes remains a real possibility, but prosecutors so far have doled out only lenient sentences. Last month, the former UAW vice president for Fiat Chrysler Norwood Jewell, the highest-ranking official to have been convicted so far, began a 15-month sentence at a minimum-security facility in Wisconsin nicknamed “The University” because of its campus-like atmosphere. White-collar criminals and corrupt politicians stay in cottages rather than prison cells, and the facility includes amenities such as a movie theater and a bocce-ball court.

“I just find it odd that these officials are getting such weak jail sentences,” one worker at GM’s Lansing Delta Township facility told the World Socialist Web Site Autoworker Newsletter. “Not only are they corrupt, they’re cowards. They snitch on each other at the drop of a hat.”

In their sentencing memorandum, Grimes’s lawyers painted an absurd picture of the former UAW official as a dedicated family man and union officer, whose efforts in contract negotiations “helped retain or create 21,000 jobs” since 2009. Grimes, they said, is a philanthropist and pillar of the community who “even [volunteered] as a distinguished clown for the Detroit Thanksgiving Day Parade.”

Grimes was driven to extort millions from union vendors, his lawyers suggested, out of love for his family and “simple human frailty. … He never lived the high life,” they claimed. “Michael tried to make himself, his new wife and children happy with material things. Items he could not afford on a blue-collar salary. Michael thought he could ‘buy away his pain.’”

In fact, Grimes’s “legitimate” income as a top UAW executive was $139,000 per year, a sum that places him far beyond the financial interests and social outlook of the workers the UAW falsely claims to represent. And far from “retaining or creating jobs,” the unionized workforce at GM fell by more than half since Grimes was first appointed to the national leadership, from 106,000 in 2004 to fewer than 50,000 today.

General Motors claims that it had no knowledge of the kickback schemes being orchestrated at the CHR, which it operates jointly with the union, until the indictments were handed down. This is simply not credible. The kickback scheme involved the distribution of CHR funds, which GM officials would have had to co-sign. One of the largest individual kickbacks came from a contract with General Motors, engineered by Grimes, to produce company-branded jackets. Moreover, this took place in 2011, a contract year in which the UAW agreed to massive concessions in the aftermath of the 2009 bankruptcy.

A particularly noteworthy portion of the prosecutors’ memorandum was a reference to a network of stores selling UAW-branded items inside dozens of GM plants, operated by one of the vendors involved in the scheme. This display of corporatism was so brazen that even the judge expressed his astonishment. “I’d never heard of such a thing,” he said.

From their inception, the essential function of the joint company-union training centers has been to integrate the unions with management through the infusion of tens of millions of dollars in cash into UAW coffers, essentially turning the UAW into a wholly owned subsidiary of the auto companies. As much as $1 billion was distributed to the UAW-GM Center for Human Resources between the 1980s and 2000, according to labor historian and UAW critic Thomas Adams. Even after the outbreak of the corruption scandal, the companies and the union are determined to keep this relationship in one form or another. Under the new GM contract, the CHR will close—but its “joint” programs will continue under another name.