Washington, D.C., transit police engaged in competitions for highest number of arrests in the metro system

Approximately 50 officers at the Fort Totten Washington Metropolitan Area Transit Authority (WMATA) metro station in Washington, D.C., engaged in a contest over who could carry out the highest number of arrests, citations, and other enforcement actions last summer.

The competition, which reportedly occurred in July and August of 2019, came to light in a hearing held after Metro Transit Police arrested a 13-year-old boy for engaging in “horseplay” with a friend on February 6 this year. The incident was videotaped, and bystanders reported that the police used excessive force. 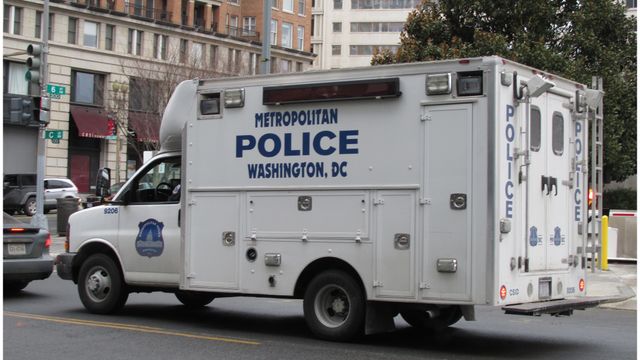 According to the Washington Post, competing officers were to be rewarded “20 points for an arrest; one point for 10 tickets; four points for a citation; a point for every three bus contact sheets turned in; two points for filling out contact cards; three points for each report filed; and one point for work during ‘pop-up events.’”

Officials are trying to paint the competition as isolated and pin the blame on the lieutenant who organized it and offered a “bounty” to each week’s winner. Metro spokesman Dan Stessel said that the competition was held “without the knowledge or approval” of the Metro Transit Police Department (MTPD) command but would not reveal if anyone had been disciplined for the incident. Stessel further claimed the intent of the competition was to “encourage more community engagement,” despite the contest rewarding the most points for arrests and tickets.

Metro Transit Police Chief Ronald A. Pavlik Jr. only responded to requests for information on the competition after reporters for the Post began to investigate. Pavlik expressed concern that the arrest competition had given the MTPD a bad name, stating “obviously the perception of that is a little out of context and shouldn’t have been done,” while nonetheless applauding the station chief for “trying to think outside the box and motivate young officers to work.”

The whistleblower’s statements challenged the metro police chief’s assertion that the department did not have arrest quotas, stating “[w]e are constantly counseled daily about necessary paperwork, arrests, and citations that need to be brought in to be considered a productive officer… [Metro police need] to unnecessarily stop and harass citizens just to refrain from getting in any trouble from Leadership/Management.”

When more former transit officers testified that there was systematic pressure from leadership to make arrests, Pavlik accused them of lying. Pavlik further said there was no need to question the charges brought or tickets and citations issued during the competition period. WMATA Board Chair Paul Smedberg said that Pavlik has his full confidence.

Local officials have sought to feign outrage at the incident in an effort to head off any potential for real outrage to the systemic abuses of metro police. Allen said, “This shouldn’t ever happen and I hope we learn through oversight this is an isolated incident.” At a public hearing Wednesday, at-large council member Robert C. White added calls for a toothless civilian review board to restore “community trust.”

Such gestures and gimmicks are the stock and trade of the Democratic Party, aimed at containing popular frustrations and outrage at the ongoing wave of police brutality and killings through empty bureaucratic maneuvers.

The contest encouraging the harassment of Metro riders by police comes to light in the immediate aftermath of WMATA announcing that it would cut bus routes and increase fares, and the end of the longest strike in the transit system’s 53-year history. While the working population is increasingly forced to endure the impact of budget cutting and loss of services, governments at the local and national level increasingly empower the police and law enforcement to confront the population.

This is a pattern repeated across the United States and, indeed, internationally: In New York City, hundreds of new police are being hired while the train system crumbles. Washington, D.C., metro police have routinely received funding increases far outstripping the amounts given to WMATA transit workers in their most recent contracts.

According to a 2018 D.C. Council report, the current Collective Bargaining Agreement for the MTPD allows for substantial yearly fund increases to the 3,500 transit patrol officers, despite a 78 percent increase in complaints about police harassment during the previous contract and MTPD officers having killed five people in the same time period.