Car sales in China, the world’s largest automobile market, plunged 92 percent in the first two weeks of February compared to a year earlier. The fall was driven largely by the impact of the novel coronavirus, which continues to cause widespread disruption to economic activity and daily life both in China and a growing number of countries.

In China, a country of nearly 1.4 billion people, average sales dropped to a staggeringly low 811 vehicles a day in the first week of February, according to a report by the China Passenger Car Association.

“The market is dead. There is no one buying cars,” Dalibor Petkovic, a China auto analyst, bluntly told the Financial Times. “We can’t expect an upsurge in sales for a while.”

Stock markets internationally have fallen sharply over the last two days, as revised projections for the further global spread of the novel coronavirus have led to fears that the disease is increasingly likely to tip the already fragile world economy into a major recession. The US Dow Jones Industrial Average experienced its biggest two-day point decline in history since Monday, with other indexes in Asia and Europe seeing even bigger percentage declines.

With a global jobs massacre already well underway, with over 500,000 auto-industry jobs cut in 2019 and at least 100,000 more projected for 2020, the international working class is being forced to shoulder the costs of the economic crisis.

The areas of China most significantly impacted by the coronavirus, centered on the city of Wuhan (dubbed China’s “Motor City”) and the Hubei province, are also those which account for a substantial portion of both auto production and sales in the country. The Financial Times cited an analysis by LMC Automotive, which indicate that the regions with more than 500 cases of the coronavirus are responsible for 61 percent of passenger car sales and 54 percent of production. GM, Honda, Nissan, Renault, and the PSA Group all have auto plants within Wuhan.

Hubei has announced it will continue its shutdown of non-essential business through March 11.

Dealerships in the country expect sales to be down by as much as 80 percent for the month, according to a report by the China Automotive Dealership Association. Although roughly 20 percent of dealerships have showrooms open, sales are only at approximately five percent of their typical level.

Both automakers and the Chinese state view the slump in sales with increasing nervousness, but have yet to undertake significant measures in response. Geely, one of China’s top automakers, recently launched an online buying service in an effort to make up for the drop in in-person purchases at dealerships.

The Chinese government has signaled it will take as-yet undefined steps to offset the impact of the outbreak on the auto industry, with the commerce ministry stating last week that it would work to stabilize sales. Bloomberg News cited an unnamed source who indicated the government is considering reintroducing subsidies for electric vehicles.

Car sales in China have been estimated to decline by 10 percent in the first half of 2020 and 5 percent throughout the year overall, according to projections released last week by the China Association of Automobile Manufacturers. This drop—which may turn out to be a significant underestimation—would follow two straight years of falling sales in the country, which were driven by the trade war with the US and broader economic stagnation. Until 2017, China’s auto market had experienced soaring growth and accounted for an increasingly significant share of global automakers’ revenue.

The ratings agency Fitch said that General Motors is particularly vulnerable to a downturn in China, since the country now accounts for 40 percent of the company’s sales. GM’s sales in the country were already down 40 percent in January year-over-year. The company already earlier this month announced a further reduction in its presence in global markets, revealing plans to essentially end operations in Australia, New Zealand and Thailand.

S&P Global Ratings has estimated the coronavirus outbreak will result in a 15 percent reduction in China’s auto production in the first quarter of 2020.

However, the globally integrated character of the auto industry—combined with the increasingly international scope of the coronavirus—threaten much more than China’s domestic auto market.

While all the major automakers have been compelled to suspend production within China for weeks, with some still idled or only recently and slowly restarting, supply chains have been increasingly disrupted, hampering production and operations far outside the country’s borders.

Italy reported a significant increase in the number of cases in recent days, with the majority concentrated in the highly industrialized north of the country. While Fiat Chrysler has yet to announce any halt to production within Italy itself, it has been forced to idle its plant in Serbia due to a shortage of parts from suppliers in China. 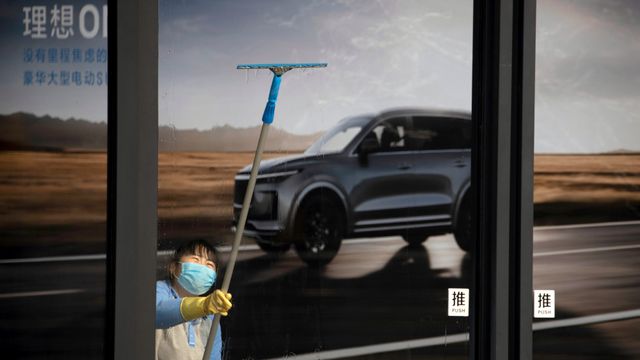 A spokesman for French automaker Renault said, “We cannot restrict the impact of this crisis to a specific geographic area, as all our plants use components from China. The complexity of the supply chains and the uncertainty about the evolution of the restrictive measures in China do not allow us to give an accurate forecast of the impacts.”

An overwhelming proportion, 80 percent, of the global auto industry relies upon auto parts from China. Tu Le, founder of Sino Auto Insights, described the critical character of China’s auto parts production to the global auto industry, telling Automotive News, “It could be some super innocuous part, a nut or a bolt that shuts the whole line down. Everyone sources from China…No one can say: I’m not affected.” In addition to FCA’s Serbian plant, Hyundai and Nissan have been forced to idle factories in South Korea due to parts shortages.

Experts have increasingly warned that the outbreak threatens to spread further around the world than initial projections. “I think the likely outcome is that it will ultimately not be containable,” Marc Lipitsch, epidemiology professor at Harvard, told the Atlantic.

On Tuesday, officials at the US’s Centers for Disease Control and Prevention warned that they expected the disease to spread more broadly in the US and potentially reach pandemic levels. “It’s not so much a question of if this will happen anymore but rather more a question of exactly when this will happen and how many people in this country will have severe illness,” said Dr. Nancy Messonnier, director of the CDC’s National Center for Immunization and Respiratory Diseases.

Given the lack of preparedness of even the most advanced countries to deal with a major outbreak of the coronavirus—as health systems have faced increasing cuts and critical research has been starved of resources—analysts have produced increasingly dire scenarios for the world economy in recent weeks. Oxford Economics has estimated global GDP may fall as much as $1.1 trillion if the coronavirus “morphs into a global pandemic.”