The Grenfell Tower Inquiry: Anatomy of a cover-up—Part 3

The following is the final part of a three-part series on the Phase 1 report of the Grenfell Tower Inquiry. Part one can be found here and part two here.

Phase 1 concluded last December. Phase two of the Inquiry opened this week, with witnesses from the corporations and organisations whose actions caused the deaths of 72 people granted immunity by the attorney general from any prosecution that might result from their testimony.

In their testimony to the Inquiry, expert witnesses, Dr. Barbara Lane, Professor Luke Bisby and Professor José Luis Torero, examined the role played by materials used during the refurbishment in the spread of the fire and the breaching of compartmentation. Their evidence is a valuable contribution to understanding how a normal kitchen fire could have such catastrophic consequences. 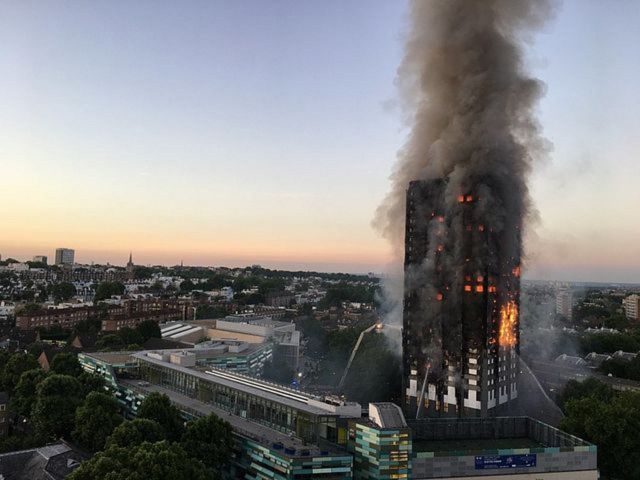 Yet, despite the important insights they had to offer, little space in the Inquiry’s 900-page report is given to their expert testimony, and no attempt is made to explore how the building came to be so fatally compromised.

The expert witnesses explained that the uPVC material of which the window frames were manufactured had little capacity to resist fire, with the material prone to lose its stiffness and deform at relatively low temperatures. This allowed the fire to escape the kitchen of Flat 16 and enter the cavities around the windows and then to ignite the cladding.

The Phase 1 report documents that Dr. Lane told the Inquiry how the construction and composition of materials around the windows increased the risk of a fire within the flat breaking out into these cavities, and emphasised that the windows “were not provided with any fire-resisting cavity barriers and instead were surrounded by combustible materials.” Because of this, if a fire started near a window there was a “disproportionately high probability that it would spread into the cladding.” 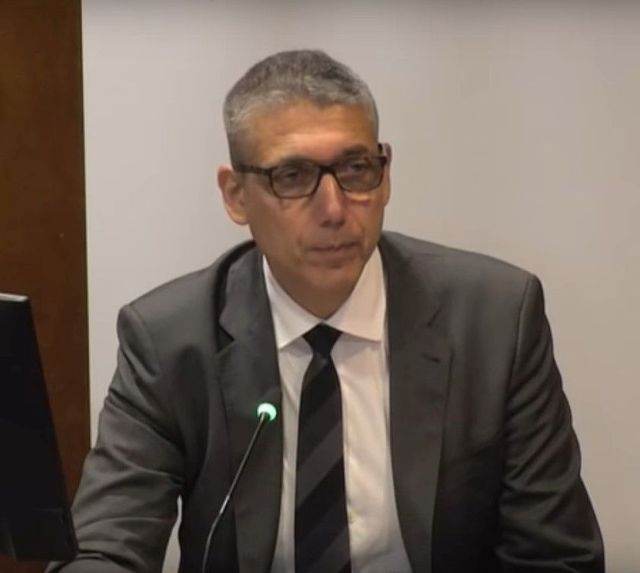 Professor Torero declared it was almost certain, if not inevitable, that a kitchen fire would occur in a building like Grenfell at some point in its lifetime.

The expert witnesses also drew attention to the role of the cavity between the concrete walls of Grenfell Tower and insulation of the tower, and the flammable aluminum composite material (ACM) cladding, which promoted the vertical spread of heat and flames up the tower in a “chimney” effect. The PIR (polyisocyanurate) insulation also contributed to the spread of flames up the tower, Professor Torero assessed.

By far the most significant factor in the rapid spread of the fire was the presence of the ACM cladding panels with a polyethylene core, the expert witnesses agreed. The high calorific value of polyethylene when compared to other materials provided an “ideal fuel” source for the growing fire and has a similar heat of combustion to petrol or diesel.

Polyethylene also melts at a much lower temperature than that of the average flame (which is typically between 600 and 800°C) and will therefore melt and drip both before and after it has been ignited. In addition to promoting the vertical spread of the fire, the dripping ACM cladding with its polyethylene core played a central role in ensuring that the flames would rapidly advance downwards and horizontally.

According to the report, “that rapid horizontal and downwards spread of flame was a unique feature of this particular fire, which sets it apart from many other international fires and is an important factor in making the outcome so devastating in terms of the loss of human life.”

This was one of the primary factors in allowing a common domestic appliance fire to rapidly consume the entire tower, spreading up from the fourth to the top floor in under 20 minutes. 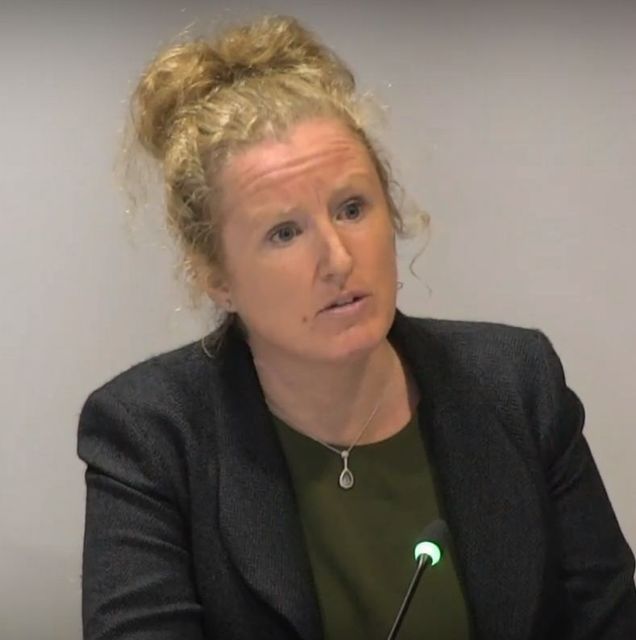 Dr. Lane emphasised the role of fire doors in maintaining compartmentation, noting that while it was inevitable that fire doors would fail at some point, their performance could be particularly important for those who were awaiting rescue in their flats. She identified a number of failures of the fire-doors at Grenfell to comply with the appropriate standards. When tested by the Building Research Establishment to current standards, one of the stair doors resisted fire adequately for only 16 minutes, rather than the 30 minutes required.

Although she noted that some fire-doors were broken down by firefighters as they attempted to rescue trapped residents and some had been held open by fire-fighting equipment or other objects, she cautioned against attributing too much significance to the activities of the firefighters.

The report confirms that the fire started in the kitchen of Flat 16, which was rented by Behailu Kebede and which at the time of the fire was also occupied by two other housemates, Almaz Kinfu and Elsa Afeworki.

The eyewitness testimony of Kebede and the firefighters who entered Flat 16, and the analysis of the expert witnesses, confirm that the fire originated in the fridge-freezer in the flat’s kitchen, and quickly spread out the window into the cladding.

From analysing the burn patterns in the kitchen of Flat 16, expert witness Professor Nic Daéid concluded that combustible materials to the left of the large fridge-freezer were burning during the early stages of the fire. This fire pattern could also have been influenced by ventilation effects from the nearby open window, the report notes.

Although it was not possible to identify the exact fault in the fridge-freezer, the report states, both footage from the thermal imaging camera carried by the firefighters and testimony from expert witness, Dr. Duncan Glover, about the different electrical appliances in Flat 16 overwhelmingly support the assessment of Professor Daéid and Kebede’s witness statement about the cause of the fire.

The report clears Kebede of any responsibility for the catastrophic inferno:

“Mr. Kebede in particular bears no blame for what occurred in his flat,” Moore-Bick stated, “much less for the catastrophic events that followed. On the contrary, he did exactly what a responsible person might be expected to do in the circumstances and his presence of mind in switching off the electricity as he left the flat enabled important evidence to be gathered about the origin of the fire.” 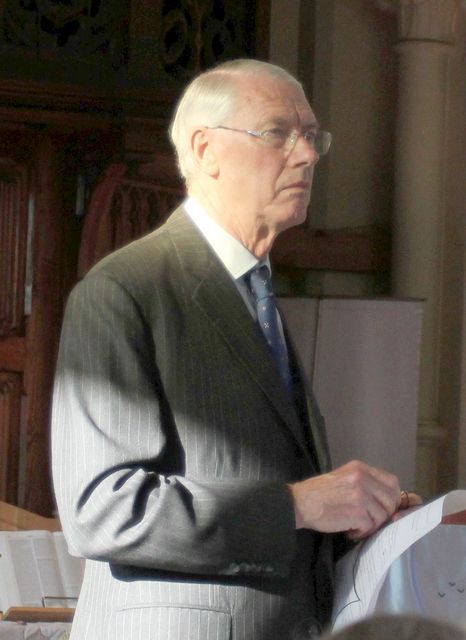 None of this evidence led Moore-Bick to issue a denunciation of the role played by companies such as Arconic and Celotex. “It is clear from what has been learnt so far that the building suffered a total failure of compartmentation,” the report concedes. “How the building came to be in that state is the most pressing question to be answered in Phase 2.”

Yet the companies that bear chief responsibility for the criminal failure of compartmentation and the subsequent massive loss of life, are still being allowed to continue and profit from their operations. Their contributions to the Inquiry are characterised first and foremost by contempt for those who have perished and had their lives ruined and crass denials of guilt.

The testimony given by Whirlpool Corporation, the manufacturer of Kebede’s fridge-freezer, provides an example of this. Whirlpool recently made national headlines after announcing the recall of 519,000 models of washing machines sold to UK customers because they pose a potential fire hazard. Despite overwhelming evidence that the large fridge-freezer in Kebede’s kitchen was the starting point of the fire, Whirlpool insisted in its closing statement to the Inquiry that this has not yet been proven. 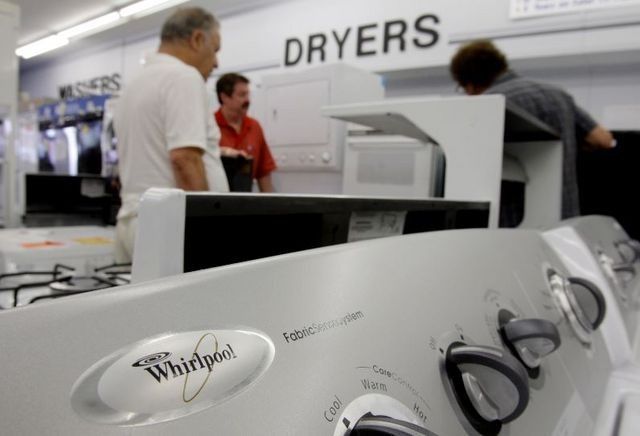 Whirlpool challenged the evidence presented by Dr. Glover about the cause of the fire--while failing to provide any expert evidence to back up its own spurious claims. It suggested that the fire could have been started by a cigarette butt being dropped from an upper floor and falling through the open window of Flat 16 and igniting unknown materials on the kitchen floor!

So blatant and contemptuous was Whirlpool’s attempt to exculpate itself that Moore-Bick was compelled to denounce its suggestions as “fanciful.”

“Although Whirlpool argued that no single piece of evidence pointed ‘irresistibly’ or ‘uniquely’ to that conclusion,” Moore-Bick’s report states, “and that therefore it was not possible to determine the cause of the fire, in my view the combined force of the evidence as a whole points inexorably to that conclusion.”

Cladding manufacturer Arconic dedicated the bulk of its submission to denying that its ACM cladding panels were the primary cause of the disaster and trying to prove that other materials used in the refurbishment, such as the foam insulation boards and the uPVC window surrounds, “were just as much, if not more, to blame for what happened.”

According to the Guardian, Arconic has already spent well over £30 million on lawyers and other advisers in cases linked to the Grenfell fire, a sum which dwarfs the amount spent on the cladding panels themselves, which were among the cheapest on the market.

Arconic as well as insulation manufacturers Celotex and Rydon all used their submissions to argue that the evidence presented in Phase 1 and the expert findings were too preliminary in nature to warrant drawing firm conclusions.

While Moore-Bick timidly suggested that “there are some findings that can, and should, be made at this stage of the Inquiry”, the report by and large submits to the diktat of the corporations by refusing to draw any conclusions relating to the dangerous materials which turned the building into a death trap. 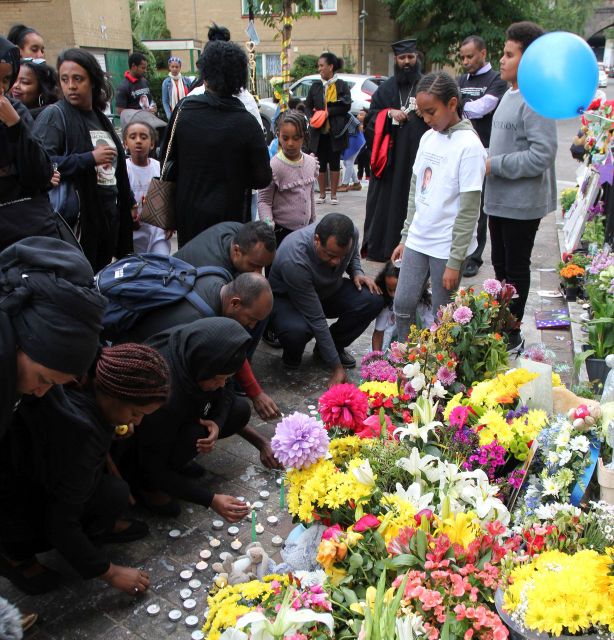 This is made all the more significant, in the context of Moore-Bick’s recent disgraceful entreaty, by the decision of Attorney General Geoffrey Cox that all corporate witnesses should be granted immunity from prosecution for anything they may say in the Inquiry.

The Moore-Bick Inquiry, a creature of the Conservative government, is a politically motivated cover-up, carrying out its glacier-like deliberations in order to shield the guilty from prosecution. To this day, nearly 1,000 days after the fire--not a single person responsible has been brought to justice.

The Inquiry was convened under the then Labour government’s 2005 Inquiries Act, which states, “An inquiry panel is not to rule on, and has no power to determine, any person’s civil or criminal liability.” Moore-Bick proposed, with then-Prime Minister Theresa May rushing to agree, that any issues of a “social, economic and political nature” should be barred from the Inquiry.

The Metropolitan Police have stated that no-one will face any criminal proceedings--if any are to be brought--until the second phase inquiry findings are published and a subsequent police study of its conclusions has taken place. It is suggested that this could take until 2025 -- fully eight years after the fire!

It is high time this fraud is ended. The millions of pounds wasted on the Inquiry should have been distributed to the Grenfell families, whose lives have been destroyed.

A public meeting held by the Socialist Equality Party near Grenfell Tower in August 2017 titled: Social Murder A crime against the working class

The Socialist Equality Party and the Grenfell Fire Forum urge the Grenfell families and their legal teams to withdraw all cooperation from this fraudulent inquiry and to demand that those guilty of the social murder be immediately arrested, charged and put on trial.

Two years since the Grenfell inferno: The case for socialism
[14 June 2019]

The political implications of the Grenfell Tower fire
[27 June 2017]

The political implications of the Grenfell Tower fire
[23 August 2017]

The 2017 Grenfell Tower fire in London