“There’s been no real discussion at all”

Educators speak out on threat of coronavirus in US schools

The rapid spread of the coronavirus pandemic throughout Europe and the United States has exposed the complete unpreparedness of even the most developed economies for large-scale health emergencies. In the US, 624 people have tested positive for COVID-19 in at least 34 states and 26 people have died, while the Trump administration has done nothing to provide testing or halt the spread of the disease.

Decades of austerity have eviscerated social services in America, and left millions without access to health care, clean water and job protections such as paid sick leave. Public education has been systematically defunded by both the Democrats and Republicans, drastically lowering the numbers of nurses, janitors and pscyhologists, while increasing the ratio of students to teachers. In addition, basic supplies such as soap, toilet paper and paper towels are not sufficiently provided at thousands of schools, creating the conditions for infectious disease to spread rapidly in schools, and in turn throughout communities across the country. 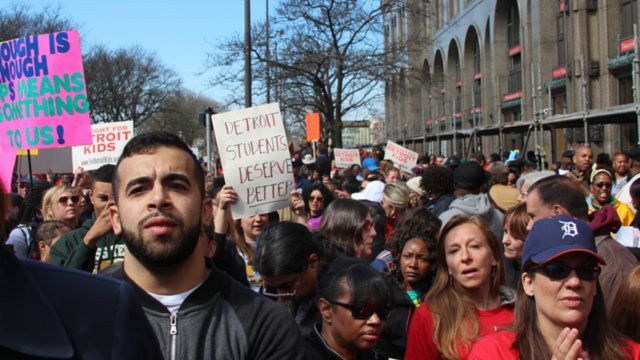 Schools are particularly vulnerable because parents who lack health insurance or cannot afford to take time off of work to take their children to a doctor are often forced to send them to school sick.

For countries that have cases of “community transmission,” including the US, the World Health Organization has recommended closing schools in order to reduce exposure. Globally, roughly a dozen countries have implemented widespread school closures, affecting over 290 million children. As of Monday, merely 507 schools have been closed or are scheduled to close in the US, roughly 0.4 percent of the total and affecting only 363,357 out of 56.6 million students.

A recent study at the University of Michigan, which analyzed data from the 1918-19 Spanish flu pandemic—which killed 75,000 Americans and as many as 100 million people worldwide—found that keeping children at home was an effective way to prevent the spread of the pandemic. The study’s author, Dr. Howard Markel, wrote that cities and schools that “acted fast, for lengthy periods of time, had the lowest death rates.”

In addition, schools provide shelter for homeless students, therapy for many of the roughly 35 million students that have endured trauma and vital social connections with peers and adults. Needless to say, no plans are in place at the national or state levels to mitigate any of the harmful effects of school closures, with individual districts and schools left to themselves to provide these needs. Many parents have no resources for childcare and cannot afford time off from work to care for their children if the schools close. Moreover, there are an estimated six to seven million teachers, school bus drivers, cafeteria workers, aides and other school employees who would lose their income.

The World Socialist Web Site spoke with teachers in California and Michigan to discuss these themes, and the dangers posed by the coronavirus.

Lizzy, a math teacher at Mission High School in San Francisco, California, told the WSWS that the school district has done next to nothing to prepare teachers and students for the spread of coronavirus. This is despite the fact that there are already 13 confirmed cases in the city, and 70 across the Bay Area region.

Three weeks ago, the SFUSD School Board announced that they would be implementing $26 million in budget cuts, prompting over 100 teachers, students and family members to protest the school board meeting the following week. Lizzy took part in the protest and has been discussing the danger of coronavirus with her coworkers. 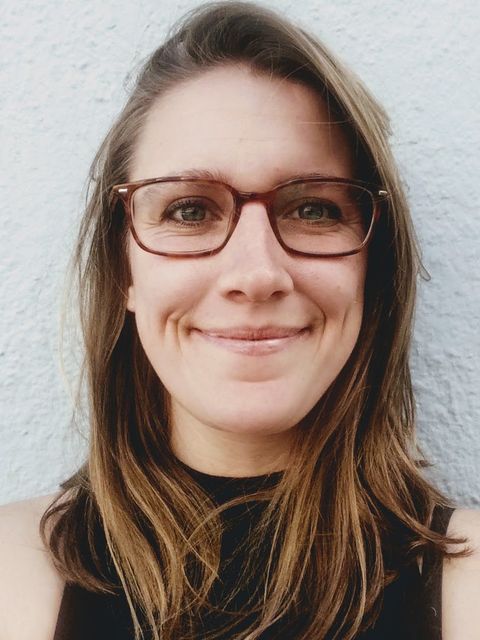 Lizzy said, “We’ve mostly just gotten emails from the district saying to wash your hands. There’s been no real discussion at all, besides within staff. The school has just said that we’re not closed, and that they’re in communication with public health officials.” Lizzy shared that Mission High has one nurse for over 1,200 students, while other schools in the district have no nurse at all.

“In the email, it says ‘do not go to school if you’re sick.’ But I know a lot of teachers who do go to work sick, because they’re saving their sick days for maternity leave, or for when their kids are sick. If schools do close down, will the school year go longer? Are we going to get paid for time off from school?”

“There hasn’t been any talk about disinfecting our school, and it’s generally not very clean. There’s been cuts to the number of custodial staff. We also had a big rat problem last year. There’s been construction in the Mission District in San Francisco, due to gentrification, and these rats resettled in the school.”

Contemplating what would happen to her students were the school to close, Lizzy stated, “Mission High serves the highest number of homeless students in the district. I think the impact of school closures will be really intense. I don’t know what plans will be in place. We have a lot of students who are chronically absent anyways, but when they do show up to school are receiving vital services. I’m worried that if school closes for two weeks, then my chronically absent students will just disappear. It will be incredibly disruptive.”

Lizzy noted the extreme inequality in the city, stating, “California has among the highest income inequality and I think addressing that requires more than just taxing the rich and corporations. From a socialist perspective, government housing has to be expanded. I feel it on a personal level, walking through the Mission and seeing homeless people every day and having chronically absent students.”

Shane, who has worked in education for over 20 years, teaches at Sojourner Truth Independent Studies School in Oakland, California. He spoke on the dangers posed by coronavirus and the crisis in public education. Following the betrayal of the Oakland teachers’ strike last year by the Oakland Education Association (OEA), the district has further slashed the budget and resumed its plan to close or merge up to one third of all schools in the district. 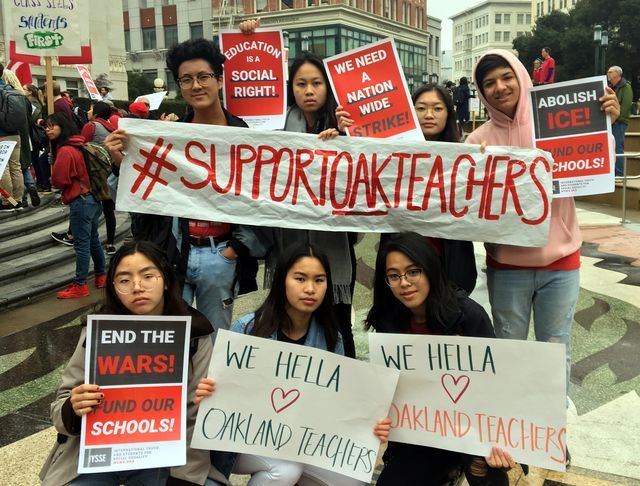 Shane stated, “For our two public schools on campus we have a nurse come once or twice a week. The nurse assigned to us has to split time with many different sites. OUSD has about 20 nurses for 88 schools. OUSD neglects all of its students when it comes to wraparound healthcare services on campus”

Speaking on the lack of preparations for school closures due to the coronavirus, Shane said, “No preparations have been made for lunches or care of children in the event of closures. The district is shamefully negligent in providing wraparound services in a normal context, and they will be even worse if there is a significant outbreak of coronavirus.”

Commenting on the poor state of education and health care, Shane stated, “The ruling class has never adequately funded public education in the US and never will. Public education cuts are an annual feature of federal, state and local governments. In the wealthiest country in the world it’s quite common to go to a hospital for a routine checkup or procedure and come out in a body bag. Some sources put medical error as the third leading cause of death in the U.S. Unfortunately, this virus will continue to take a toll on mostly workers and their families.”

“In a country that features absurd levels of wealth inequality, it seems safe to surmise that low-income working class communities will be hit hard by coronavirus and the lack of healthcare options available for treatment. Then with the markets determining who can afford the vaccine, coronavirus will be another in a long line of healthcare nightmares for U.S. workers, similar and likely worse than the opioid crisis, measles outbreaks, Swine Flu, Hepatitis A, HIV, to name but a few.”

The WSWS also spoke with a paraprofessional who works for Detroit Public Schools, where in 2015-16 teachers conducted sickouts to expose filthy, crumbling and mold-infested buildings. Fully half of the aging public schools in the city have been rated unacceptable or unsafe.

The paraprofessional explained that school employees are being left on their own to deal with the threat of coronavirus and inadequately cleaned buildings. He stated, “They make it an individual responsibility to stop coronavirus, telling us to use hand sanitizer, but it’s airborne and it really could be a pandemic. They try to give the illusion everything will be okay. That’s not just the local authorities, but Trump and the Democrats. This is a life-and-death crisis. It’s a scientific problem and it especially affects all workers with social jobs dealing with people.”

“Over the last two weeks, we have one more janitor. They come and clean the handles on the doors. Having one more janitor is great, but it would take more to clean up the whole school. It is understaffed.”

Due to the poverty-level pay, “many teachers, janitors or parapros have quit for other jobs or other districts,” he explained. As a result, “The students and staff are in a building that is not safe physically and mentally to learn in. With only a few janitors, the whole building cannot be cleaned daily, so it also has rodent problems. With moisture coming in from the ceiling, especially during the fall, there were rats in our classroom.”

A teacher in Bloomfield Hills, Michigan, told the WSWS that even in this wealthier suburb of Detroit, the district is in no way prepared for the spread of coronavirus. She reported that the district has ordered two “Clorox 360” cleaning devices, but they have yet to arrive and could still be weeks away.

The Clorox 360 contains electrostatic sprayers that deliver sanitizing spray to surfaces quickly and efficiently and can cover 18,000 square feet per hour. The spray kills 99.9 percent of bacteria in five seconds and kills cold and flu viruses, MRSA, and norovirus in two minutes or less, while sanitizing soft surfaces and inhibiting the growth of mold and mildew.

The fact that such technology exists and is not being made readily available to every city and school in the US and internationally is a testament to the bankruptcy of the capitalist system, which curtails science and technology and subordinates all social needs to the profit motive of the capitalist class. To halt the spread of coronavirus and ensure the well-being of the population, teachers and all workers must mobilize themselves to demand trillions to fund sanitation and health care programs, full paid leave for all workers, a comprehensive plan to close schools while expanding essential services for students, free child care programs for parents and full compensation to laid off teachers and school employees.