Hundreds of Amazon, Instacart and Whole Foods workers throughout the United States took strike action yesterday and Monday against hazardous work conditions amidst the coronavirus pandemic.

Instacart employs over 150,000 people. Whole Foods is a subsidiary of Amazon, with over 566,000 employees worldwide. The Instacart and Amazon strikes were organized outside of the trade unions by three groups, Whole Worker (Whole Foods), Gig Worker’s Collective (Instacart), and DCH1 Amazonians United (Amazon). 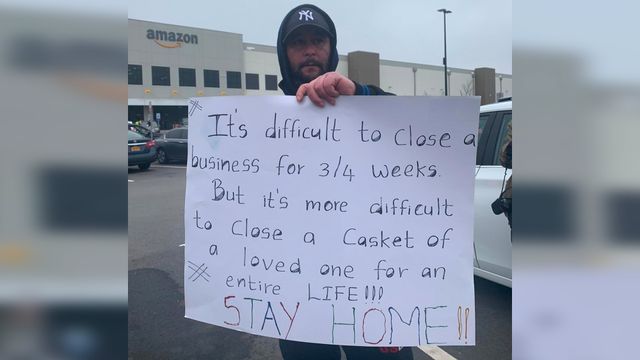 Instacart employs “gig workers,” workers like rideshare drivers, who are able to work by logging into the Instacart app. Through instructions given by the app, these workers—called “shoppers”—deliver groceries to residences. As great masses of people quarantine themselves at home, Instacart workers provide the essential service of delivering food and supplies. Like other logistics and transport workers, if any of them get infected they could potentially spread the disease to hundreds of customers before ever showing symptoms.

Sarah, an Instacart shopper, told the WSWS, “We haven’t been offered any type of cleaning products or funds to purchase such products. We haven’t been given any real information on how best to take precautions. They are doing the bare minimum and even making it hard for those who are diagnosed with COVID-19 to get paid time off.”

Instacart, in response to the pandemic, has promised workers that it would give them 14 days paid sick leave if they are able to prove that they’ve contracted COVID-19.

In response to the pandemic, Whole Foods has raised hourly wages by $2 and introduced double overtime pay. It has done virtually nothing to mitigate the spread of COVID-19 in the workplace.

Amazon workers picketed in Chicago over similar concerns of safety. Amazon’s response has been nearly identical to that employed by Whole Foods, a tiny raise in wages but virtually nothing done to ensure the safety of its workers from a deadly virus. The coronavirus has infected at least 14 Amazon Warehouses. 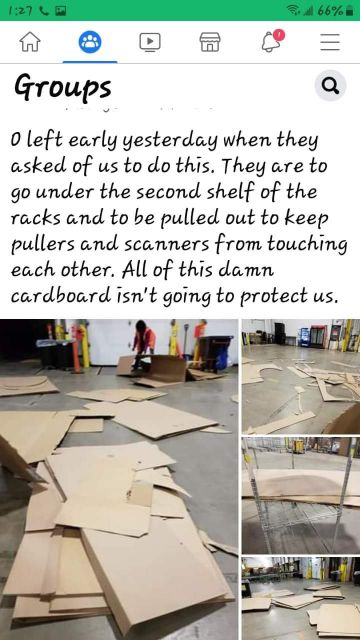 “We want cleanliness. We hear it all over the news, wash your hands. We don’t even have enough time to wash our hands. They want us to social distance…we are never at one point in time less than 6 feet from one another. This building, this company, makes so much money off the back of us!”

When our reporters asked an Amazon worker in Chicago what safety measures the conglomerate was taking, he responded, “I was told they had workers put tape on the floors demonstrating 6 feet but that’s impossible in our facility.”

Research by an associate professor at MIT suggests that an individual infected with COVID-19 can spread the disease through sneezing as far as 27 feet.

Amazon workers have resorted to desperate measures to keep themselves safe. In a social media post by a worker, “bufferboards” made of cardboard were set up to protect workers in an Amazon facility. Far from protecting workers, this measure might actually facilitate infection as the virus can stick to cardboard for up to 24 hrs.

There is immense support for the striking workers. The petition by Whole Worker, including demands for adequate safety gear and immediate shutdown of any location with COVID-19, has gathered over 11,000 signatures thus far. The demand by Gig Worker’s collective on the website Medium, for basic sanitation equipment and increased pay, has gotten over 2,000 claps or likes thus far. A tweet in support of Chicago Amazon workers gained over 1,000 likes in less than one hour.

In this context of global crisis, Amazon and Instacart workers and alongside them key production, medical, distribution, logistics, and transit workers have been deemed as “essential workers.” Workers without whom society would collapse. 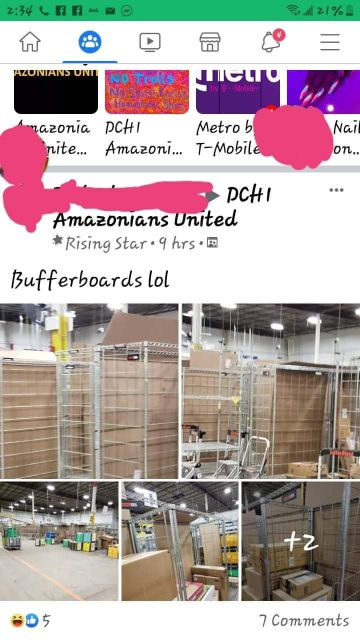 In response to the strike, a Whole Foods Spokesperson wrote “'It is disappointing that a small but vocal group, many of whom are not employed by Whole Foods Market, have been given a platform to inaccurately portray the collective voice of our 95,000+ Team Members who are heroically showing up every day to provide our communities with an essential service.”

These sentiments have been repeated by Instacart and Amazon spokespeople as well. While lauding their workers as “heroes,” the companies are unable to provide even the most basic of protections.

Medical experts estimate that the Coronavirus can kill up to 1.6 to 2.2 million people and permanently injure many more. Medical workers, on the frontline of the pandemic, have been told to wear bandanas by the CDC due to shortages.

In these unbearable conditions, as workers are forced to gamble with their lives, a strike wave is emerging throughout the country and the world. This strike wave follows a strike yesterday of Amazon Workers in Staten Island, New York City. The worker leading the strike was promptly fired. The same day, over 300 Amazon workers in central Italy went on strike. Eleven days ago, workers in an Amazon facility in Queens shut it down for a night after a worker was revealed to have been infected. Nurses protested over lack of personal protective equipment last Saturday in Bronx. Sanitation workers in Pittsburg went on strike for protective gear a week ago. Numerous strikes are planned in the near future.

Trillions are being squandered in bailout funds to Wall Street and large corporations while workers are told there is no money for livable wages or health care. The workers striking at Whole Foods, Amazon and Instacart are taking an important stand to contain the epidemic.