Three prisoners have been reported dead and protests have taken place against crowded jail conditions, inadequate sanitation and inaction by Democratic leaders on the growing demands for the release of detainees as the coronavirus pandemic continues to spread through the state of Illinois.

With 448 confirmed cases out of 4,500 detainees, Cook County Jail in Chicago has been identified as one of the current COVID-19 “hotspots” in the US. Reports indicate 59-year Jeffrey Pendleton died of COVID-19 at a local hospital, one of 14 county jail detainees being treated for the virus. Pendleton, who had been held since 2018, was denied release on bond in the last week of March. He was hospitalized March 30 and died on April 5, awaiting his court date. Pendleton’s family has filed suit against the city, alleging he was inhumanely treated during his illness, being shackled by hand and foot to his hospital bed despite the presence of an armed guard.

A 16-year-old who arrived at the Cook County Juvenile Temporary Detention Center on March 30 has fallen ill and tested positive for COVID-19. According to the Chicago Tribune, the teen will remain incarcerated in the medical wing until April 18. 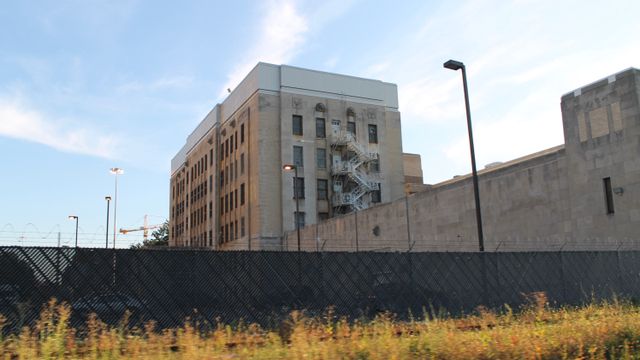 In Illinois prisons, 220 cases are confirmed, most at Stateville Correctional Center near Joliet, where 118 inmates and 50 staff members have tested positive. Prisoners Russell Sedelmaier, 59, and Ronald Rice, 66, have died.

The illness’ rapid spread in prisons, jails and immigrant detention centers is driving urgent calls for the release of detainees across the US. Legal advocates have demanded the facilities grant early release to thousands who are locked up for non-violent crimes, including youth inmates, those who are ill and those nearing the end of their sentence.

On Tuesday, a caravan of protesters circled more than 100 cars around the Immigration and Customs Enforcement (ICE) detention center and a federal detention center in downtown Chicago. Protests also took place in New York and Los Angeles as the slogan “Free them all for public health” trended on social media. Earlier this week, 23 detainees at Otay Mesa Detention Center in San Diego initiated a hunger strike to demand release after 11 detainees and staff tested positive for COVID-19.

A class-action suit was filed this week on behalf of Cook County jail detainees against Sheriff Tom Dart, demanding that hundreds of prisoners be released. Inmates and correctional staff were cited in the affidavits complaining that Cook County Jail is not providing adequate testing, protective equipment for detainees and staff, or relieving the cramped and unsanitary conditions that spread the virus.

Democratic Mayor Lori Lightfoot’s office filed an amicus brief late Wednesday opposing the release efforts, claiming that the prisoners represent a threat to the community. The mayor’s intervention via an “informational” brief will contribute to the infection of hundreds of jail inmates and inevitably more deaths.

Sheriff Dart also denounced the suits as ignorant and dangerous, claiming that the jail has taken all the required precautions and improved sanitation measures, isolated inmates and expanded isolation cells to a formerly unused area of the jail. The sheriff also boasted of a mobile COVID-19 testing site for his staff that recently opened at the jail.

According to the World Health Organization, preventing the spread of the novel coronavirus requires reliable access to soap, clean water and sanitation supplies, social distancing to avoid transmission and the use of masks when around those with the illness. Systematic testing and isolation of those who are infected are critical to stopping the spread of the disease. None of these conditions can be found in America’s prisons or jail.

Stateville is a maximum-security prison with a current inmate population above 2,500. The 95-year-old prison, which is in a dilapidated state, has made no mention of cleaning the facilities after inmates contracted the virus. Because of the close proximity inmates have with one another and given the substantial number of inmates already testing positive, everyone in Stateville is at risk.

Tonika Phillips, a medical service worker whose brother is an inmate at Stateville, phoned the prison March 30 to check in on her brother. She told the World Socialist Web Site, “I called and called but no one answered the phone. I probably called about five times just because I was so worried but no answer.”

Some days later she received a call from her brother which confirmed her fears, he had contracted a mild case of the virus and was being quarantined on the prison grounds. She said, “I asked if they were going to transfer my brother to a hospital to get treated but the counselor stated that my brother is being taken care of. They provided very little information. I finally was able to speak with my brother… he is still feeling sick but is doing better.”

Democratic Governor J.B. Pritzker announced last week that the National Guard will be deployed to set up a temporary medical care facility on the grounds of Stateville prison. The announcement came after 19 inmates were transferred to local hospitals. With hospitals having limited bed space, inmates will be treated at the prison in tent facilities.

The Logan Correctional Center, where 4 prisoners have tested positive, is a women’s prison and many of the prisoners in the facility are elderly. Prison guards at Logan reportedly passed out soap which did not last more than one day. Cleaning supply products are also running thin and no masks were supplied to the inmates.

In an attempt to diminish the death of Russell Sedelmaier in Stateville, news media have tried to portray him as a monster who deserved to die of COVID-19. Sedelmaier was convicted and sentenced to life in prison after murdering a pastor and his daughter during a robbery attempt. Retired chaplain Eileen Harris, the mother and wife of the two victims of Sedelmaier’s crime, said she never wished for his execution and expressed regret learning of his death from the pandemic to the Chicago Tribune.

No other country on the planet has an incarceration rate which approaches that of the US. More than two million human beings languish behind bars and are at risk of losing their lives as the deadly virus spreads through prison systems.

Urgent action is needed to stop the spread of COVID-19 among detainees.

Bound up with the immediate needs of the working class, every prisoner and worker must be given personal protective equipment and tested immediately to halt the spread of the coronavirus. Those who pose no threat to others and test negative for the virus should be released immediately and provided secure housing and food. Those who are positive should be placed in quarantine with adequate health care, sanitation, access to communication and assured release when they cease to be contagious.

With trillions of dollars being made available to try to stabilize the markets, it is clear that the resources exist to achieve these measures. However, the ruling class cannot mount an adequate response to the pandemic because a response plan that takes care of society requires a system which places people above the accumulation of private profit. Their criminal inaction has already led to illness and preventable deaths and the disease spreading.

The working class, socialism and the fight against the pandemic
[1 April 2020]