Big business and its governments in Australia are not just pushing for a premature return to work amid the worsening global COVID-19 pandemic, regardless of the obvious dangers to working-class lives. They are demanding a complete economic restructuring to accelerate the decades-long assault on social spending and workers’ jobs, wages and conditions.

In fact, the escalating drive for a rapid reopening of workplaces, even as the international death toll continues to soar, and Australia’s deaths near 70, is bound up with a bid to use the emergency to impose drastic cuts to working class conditions as quickly soon as possible. 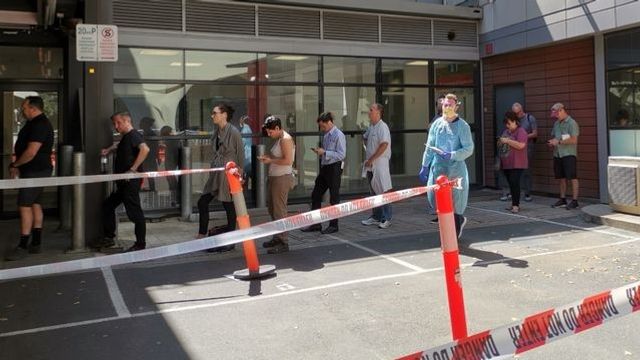 In increasingly rapacious language, the ruling elite is insisting that the coronavirus crisis provides a golden opportunity to pursue a brutal agenda, while introducing repressive measures, such as mass mobile phone surveillance, to monitor and suppress working-class unrest.

There must be no return to any sense of “business as usual,” Prime Minister Scott Morrison declared on Thursday, following the latest meeting of the bipartisan “national cabinet” of federal, state and territory leaders that currently runs the country by decree.

His Liberal-National government’s previous catch cries of securing a business “snap back” after “hibernation” have been replaced by calls for an aggressive “pro-growth agenda.”

Election promises would have to be ditched, Morrison said ominously. Nervous of the public response, he refused to specify, but that would certainly include slashing social programs to pay off the estimated $1 trillion government debt incurred by bailing out big business over the past month.

Yesterday’s Australian Financial Review editorial described “the coming recession” as a “burning platform.” It would be the launching pad for a multi-pronged program of expanded corporate tax cuts, more business de-regulation and the transformation of industrial relations to entrench the slashing of pay and conditions agreed to by the trade unions over the past month.

Perversely, the ruling class sees the international health disaster as a chance to inflict an historic assault on the working class. Such is the ruthless logic of the private profit-driven capitalist system that has failed to avert such long-predicted pandemics.

The editorial decried that the failure of one government after another to prosecute the “productivity drive based on enterprise bargaining” launched by the Keating Labor government and the unions in the 1990s.

Every government over the past two decades, from the Howard Liberal-National Coalition government of 1996 to 2007, and the Greens-backed Rudd-Gillard Labor governments of 2007 to 2013, to the current Coalition government, first under Tony Abbott and then Malcolm Turnbull, has tried but failed to deliver in the eyes of the financial elite.

Likewise, today’s editorial in the Australian, the Murdoch media flagship declared: “For two decades, Australia and its political leaders have been policy complacent—yet, at times, lucky, insulated, distracted, dysfunctional and exceptional. As bizarre and confronting as COVID-19 is proving to be, this curious malady presents a breathtaking opportunity for national reinvention.”

Speaking on Melbourne’s 3AW radio yesterday, Morrison was more explicit. He described the global financial breakdown of 2008–09 as “an entrée” compared to the “really bad news” now hitting the economy.

That meltdown a decade ago was exploited to boost corporate wealth to astronomical heights while imposing harsh austerity measures. These included cuts to public healthcare, contributing directly to the criminal lack of resources—testing, personal protection gear, intensive care beds, ventilators and hospital staff—to protect the population from COVID–19.

The new offensive will go far further as the burden of the bailouts is imposed on the working class. Economists are forecasting a federal government budget deficit of more than $100 billion by the 2020–21 financial year. This dwarfs the deficits left after 2009.

Business Council of Australia CEO Jennifer Westacott spearheaded calls at an Australian Financial Review Business Summit last month for governments and employers to exploit the crisis. The demands issued at that summit included massive tax and investment incentives for major corporations, on top of the $200 billion in high income tax cuts already legislation for commencement in 2022.

“And once and for all we need to make it easier to do business,” Westacott insisted. “We must not waste a second of this new level of co-operation in our society to get important things done.”

This “co-operation” referred to the role of Labor and the unions, which have backed all the massive bailout packages provided to big business, together with their provisions for employers to slash pay and conditions. Fearful of the working-class outrage that its agenda will provoke, the corporate elite is relying heavily on them.

This month, Australian Council of Trade Unions (ACTU) Secretary Sally McManus vowed on national television that employers could get “everything you want” by cooperating with the unions. She signed off on a deal with Industrial Relations Minister Christian Porter, who described her as his “best friend forever,” to back the government’s $130 billion wage-subsidy scheme, which gave the government and the employers the green light to slash jobs and conditions.

At the same time, on April 8, the ACTU hailed a Fair Work Commission ruling that altered 99 industrial awards to allow employers to force workers to take their annual leave at half their usual rate of pay and coronavirus-affected workers to take two weeks unpaid pandemic leave.

This week, McManus issued a statement hypocritically complaining that companies were asking the Morrison government for Fair Work Act regulations to permit them to force workers to agree to tear up their work agreements with just a day’s notice. But that power was granted by the legislation that Labor and the ACTU helped pass.

Last Thursday’s national cabinet meeting said one pre-condition for lifting pandemic restrictions, in just four weeks, was the introduction of a phone app to enable the government to track everyone’s movements, supposedly to contact anyone who has been in close proximity to a coronavirus victim.

Morrison yesterday refused to rule out trying to make this system of mass surveillance compulsory, although the public outcry forced him to retreat today to making it “voluntary.”

In the name of belatedly carrying out the testing and careful contact tracing that was required months ago, the governments, Coalition and Labor alike, are preparing police-state measures to suppress resistance by workers to being pushed back to work under these unsafe and transformed conditions.

Events in northwest Tasmania over the past few days, where eight people have died and thousands more have been placed in quarantine, provide another warning of the dangers facing workers. They also give an indication of the opposition building up, including among the health workers on the frontline of the pandemic, to the disastrous official response to the crisis.

More than 150 staff at the Mersey community hospital in Devonport wrote to the state government complaining of a “breakdown of trust” after a senior emergency doctor was told not to speak to staff about the hospital’s ability to manage the coronavirus outbreak.

The letter said the government’s promises of personal protective equipment and stronger infection control protocols were not delivered, with “an enormous, snowballing effect on staff wellbeing and anxiety.” The transfer of patients from hospitals in nearby Burnie, which had to be closed because of widespread COVID-19 infections, had “caused major unrest and undue stress” to staff and patients.

The hospital workers’ letter epitomises the determination of workers to protect themselves and the population from the catastrophic operations of the ruling class, and poses the necessity for the working class to take charge of society to reorganise it on the basis of human need, not private profit.