Teachers, staff and students in the Sweetwater Union High School District in San Diego, California began distance learning this week after closing their doors last month to slow the spread of the COVID-19 pandemic. Within this context, hundreds of laid-off teachers in the district have gone back to work while knowing that they will not have a job next school year and face unemployment in six weeks.

A Memorandum of Understanding (MOU) was quickly established by the teachers union, the Sweetwater Education Association (SEA), and the school district last month, which anticipates that the district will face legal action due to vast inequities bound up with distance learning for both educators and students. These include everything from a lack of access to technology to inadequate services for special needs learners.

While great strain has been placed on families to provide a home environment and resources, teachers are left to navigate through often conflicting information on issues such as grading, communication with students, and criteria for subject specific assignments. In addition to lessons for an online format, teachers have been asked to provide three weeks of classwork that can be printed for students who do not have a computer or access to the internet. 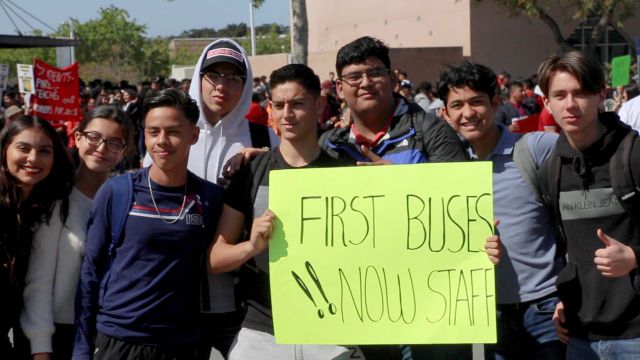 Amy, a middle school science teacher and one of the employees recently laid off, described challenges in making the switch to an online format: “The last two weeks were really difficult. I put in lots of long hours prepping. Now that students are accessing the lessons and assignments, I'm finding they need help figuring out what’s going on. Many of them are misinformed or have no idea what’s happening.”

Prior to the school closures due to COVID-19, the district was already carrying out devastating budget cuts. SUHSD has been in the midst of a two-year massive budget crisis, which included fraud allegations since it was originally made public in 2018 that the district “lost” $68 million.

Despite walkouts by students and rallies by staff protesting the cuts, teachers and students were ultimately made to pay for the deficit as the district pushed through a plan that included the elimination of 237 full-time teachers, librarians, and counselors. In addition, all twelve learning centers throughout the district—a vital service for thousands of the most vulnerable students—were closed for the next school year. Pink slips were issued to employees the same week schools closed on March 13. 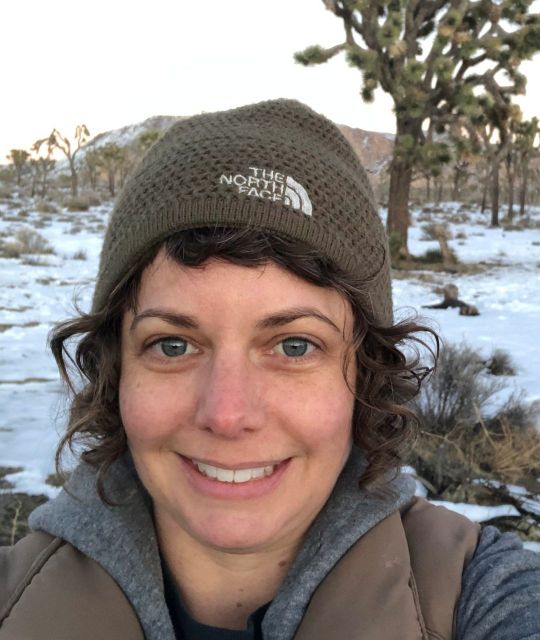 Employees who were issued layoff notices were granted a Reduction in Force (RIF) hearing from the district, which have been heavily supported by the local SEA and California Teacher Association (CTA). In reality, these hearings are simply meant for laid-off employees to let off steam and beg for their jobs. Represented by a union lawyer with the CTA, the hearings attempt to find errors in a seniority list that had already been issued by the SEA and was used by the district to lay off staff in the “proper order.”

Amy explained, “I think these [RIF hearings] are a box to check off and a waste of time. Do I have to stand up in front of the Board and prove my worth after being pink slipped? I already got the job. What is the point? Do I try to argue that I’m more valuable than another teacher who has also been laid off? I think it's just smoke and mirrors. It's a process of how they’ve always done it, but why does it have to be this way. I don't want a hearing, I want my job!”

In direct opposition to the SEA, teachers within the district have begun to develop rank-and-file committees to mobilize parents, students and broader sections of workers throughout the county and the state to fight the layoffs, and to demand universal access to high-quality public education. The SEA, allied with the Democratic Party, has done nothing but stifle any attempts at genuine struggle and has sanctioned the district’s austerity . This is the same experience of teachers throughout the state and beyond who have, even in the midst of strike action, been isolated from uniting with teachers and workers outside of their districts and cities.

The severe economic impacts of the COVID-19 pandemic on public schools further exacerbates the already dire conditions within districts such as SUHSD that operate on shoestring budgets. With state revenues in major decline due to mass unemployment, public schools are slated to lose even more funding for the next school year.

The Center for Budget Policies and Priorities has estimated that roughly $500 billion in state funds will be lost in the coming fiscal year due to declines in tax revenues. This reality poses a major threat of economic hardship on teachers across the US who have already been laid off or who will undoubtedly be out of work next school year as a result of this crisis.

A recent memo from California State Assembly member Philip Ting announced initial budget cuts in June and massive cuts to be expected in August. Ting wrote, “The 2020-21 budget in California will have to adjust to the realities of the impact of COVID-19 on our State...we will have less money and less time to adopt a balanced budget.” The memo anticipates a major decline in revenues within California, about which Ting warns of “difficult choices in the coming months.” Such language will undoubtedly mean major cuts to the public sector, including public schools, which have already faced decades of defunding.

Regarding this looming budget crisis, Amy commented, “I’m worried about what will happen for me jobwise next school year. On top of all the cuts, I worry that everything that is going on might cause lower enrollment. Between unemployment and subbing I can get by for a while and I’m lucky because I have my family close for support if I need them. I could be a lot worse off.

While the number of COVID-19 cases in the US approaches one million and the national death toll approaches 50,000, in California the number of COVID-19 cases has reached 33,261 and 1,268 deaths. The reports have been deemed by state officials to be “low” relative to the rest of the US and will serve as impetus for the richest state to reopen and become an example for others to follow. However, many believe the numbers are vastly underreported as the state has the third-lowest test rate in the nation.

Despite the growing death toll, California Gov. Gavin Newsom made public his plans last week to reopen schools and businesses throughout the state. Suggestions for reopening the schools in the fall include iterations of a split school schedule to allow for social distancing, or a partially online format. The plan, titled “California’s Roadmap to Modify the Stay-at-Home Order,” describes six indicators that must be met before the order can be modified. His presentation to the public described the need after the stay-at-home order is lifted to “toggle back and forth” on social restrictions in response to changing conditions until “herd immunity” is achieved in the state.

While Newsom, a so-called progressive Democrat, presents the gradual acquisition of “herd immunity” with a “smart reopening” and massive testing, his calls differ in no way from those of the Johnson administration in the UK. For workers and educators, “herd immunity” must be understood to mean infecting huge proportions of the population, leading to hundreds of thousands, if not millions of deaths, all in the interest of profit.

California is the most populous US state, with the fifth largest economy in the world, and is working in tandem with Washington and Wall Street to reopen business. The allegiance of the California governor is to the financial elite, who will not stand for the pandemic limiting its further enrichment. Newsom, who postures as a progressive, has major ties to finance capital in the state and has been involved with some of the wealthiest families in the entire country since his earliest engagements in politics.

In response to Newsom’s plan, the San Diego County Office of Education (SDCOE) released a statement calling on K-12 schools in San Diego County to create contingency plans based on a number of assumptions that are likely to occur next school year once the stay-at-home measures are lifted.

The horrifying “assumptions” explicitly accept a future of mass death, austerity, declining enrollment, and learning deficits for almost all students within the county. Once the measure is lifted and teachers are forced back into the classroom, SDCOE states, “When schools can resume operations, deaths within the school community from COVID-19 will still be possible, especially for children and adults in high-risk categories.”

SDCOE also stated that a lack of tax revenue will result in major cuts to funding for public education. San Diego County expects an increased decline in enrollment as high unemployment and high costs of housing will cause families to move out of the county. Attendance, which is a major source of funding for public schools, is also expected to decline due to parents making the switch to charter schools for health concerns. Many virtual charter schools were already established for online education to rake in profits, collecting student enrollment funding with little to no overhead.

The SDCOE also states that they intend to rely on a temporary and substitute workforce, as a cost-cutting measure to prevent paying teacher benefits and salaries at the expense of a stable learning environment for students.

To oppose these deeply reactionary plans, which indicate what will take place across the US and internationally, teachers must unite with workers across the state and beyond in a genuine struggle to secure their right to jobs, benefits, livable income, and the very right to life.