The number of London public transport workers killed by coronavirus has doubled over the past fortnight, rising from 14 to 29. The mushrooming death toll includes 23 bus drivers and four London Underground and rail workers.

In a perfunctory statement issued yesterday by Transport for London (TfL), Transport Commissioner Mike Brown described the deaths as “an absolute tragedy,” claiming that TfL was doing “everything we can to provide support.” But the actions of TfL, the Conservative government of Boris Johnson, Labour Mayor Sadiq Khan, and the private bus and rail operators are deliberately sacrificing the lives of transport workers. The same profit-driven policies are being enforced by governments and transport corporations across the globe.

More than six weeks after the World Health Organisation declared a global pandemic, London bus drivers say they are being treated as an “expendable commodity.” 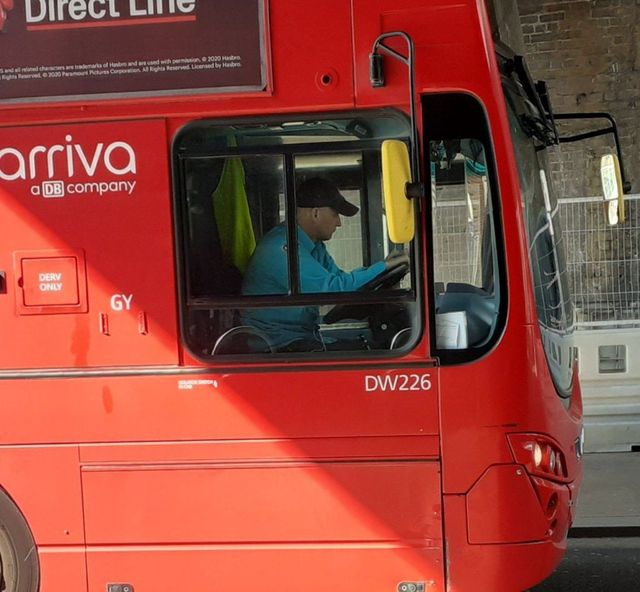 This past week, Khan and TfL went into damage control after an outpouring of anger by drivers over unsafe working conditions. Lorraine, a driver from South London, was among those whose videos went viral on social media, demanding that authorities “put our lives before profit.”

Lorraine revealed she had written farewell letters to her children, grandchildren and parents, fearing she might join the drivers whose lives had already been lost to COVID-19. “I want my children to have the letters I have written because I am put at risk by TfL and Khan by not providing a safe environment for me to work in.”

She continued, “I’m 63 years of age and I’m proud to drive a London bus. I’m proud to do my job. I’m proud to get frontline service workers to their place of work to help people—that’s why I’m still driving. But I’m frightened…that I’m going to die because nobody in government, Khan, [or] TfL will listen to us.”

With the trade unions joining together with Khan and TfL—Unite issued a letter pledging to “maintain good industrial relations”—drivers began taking action themselves, sealing holes in their cabin safety screens, taping off seats closest to their cabin and demanding entry via the rear doors only (so passengers did not have to tap-on with their Oyster Card near the driver).

While Arriva and other bus companies threatened disciplinary action, on April 17 TfL sought to tamp down the drivers’ anger with a series of safety measures, including rear-door entry and suspending fare payment across the network.

But drivers have told the WSWS these measures are “too little too late.” While safety screens have been partially sealed (covering holes used to speak with passengers), and front seats closest to the driver have been taped off and sometimes removed, dangerous conditions remain across the bus network:

The threat facing drivers is made clear by the situation at the Cricklewood depot. Four drivers there have reportedly been hospitalised due to COVID-19, with one now recovering at home. At the same time, approximately 90 out of 600 drivers from the garage are off sick—yet none have been offered tests.

A cover-up is underway about the extent of the health emergency facing bus workers. This week, WSWS contacted Unite, TfL and London Mayor Sadiq Khan’s office to ask how many drivers have been diagnosed with COVID-19 and how many have been hospitalised. We also asked for a list of garages and workplaces where deaths and illnesses have been recorded.

A spokesperson from Unite told our reporter the union is “not collecting” information or “keeping an actual tally” of deaths, hospitalisations, or illness locations, saying this was “not our responsibility” and that WSWS should contact TfL.

A spokesperson for the mayor of London also declined to provide any information and asked us to contact TfL.

At first, TfL responded that they would need more time as “this is a fair amount of data you have requested.” Later, it provided a link to a newly published Transport Commissioner’s statement confirming 29 deaths—but it refused to provide any information about the number of drivers diagnosed or hospitalised due to COVID-19, or their location.

Notice posted at a London garage marking the death of Errol Gordon, one of the 23 bus drivers whose life was taken by Covid-19

This suppression of information has life and death consequences. In the absence of data about the location of confirmed COVID-19 cases—and the denial of testing for all drivers reporting ill—it is impossible for contact tracing to take place to identify workers and members of the public at risk or enact preventive measures to protect lives.

If the number of workers admitted to hospital intensive care units from Cricklewood (four) is repeated across London’s approximately 90 bus garages, that would equate to 360 drivers in intensive care. If the number of public transport worker deaths in London recorded so far continues at the same rate, by the end of June 480 workers will have died.

All over the world, the global pandemic has exposed the real character of social and class relations under capitalism. Economic life, including mass transportation, the production and distribution of food and other essential items and urgent medical care for the sick and elderly, rests on the combined social labour of the international working class. Meanwhile, the parasitic character of the financial oligarchy—hostile to social planning, divided into antagonistic national states—has revealed itself as an intolerable obstacle to fundamental social needs.

To combat the political alliance of the Johnson Conservative government, TfL, Labour Mayor Sadiq Khan and the pro-company trade unions, London bus drivers must strike out on a new road. Rank-and-file committees of public transport workers must be built, independent of the trade unions, to link together bus, underground and rail workers across the UK, Europe and internationally. In opposition to claims that there is no money for basic safety, the demand must be raised for the expropriation of the major transport corporations under public ownership and the democratic control of the working class—the vast majority of the world’s population.