At least 130 US health care workers dead from COVID-19

Despite the growing death toll, and amid the Trump administration-led “back to work” campaign, there has been a noticeable decline in mainstream media coverage of the situation facing health care workers on the frontlines of the struggle against the still raging COVID-19 pandemic. Camera crews in front of hotspots like Elmhurst Hospital in Queens, New York City are gone and fewer and fewer exposures of the situation in the hospitals are appearing in the bourgeois press. 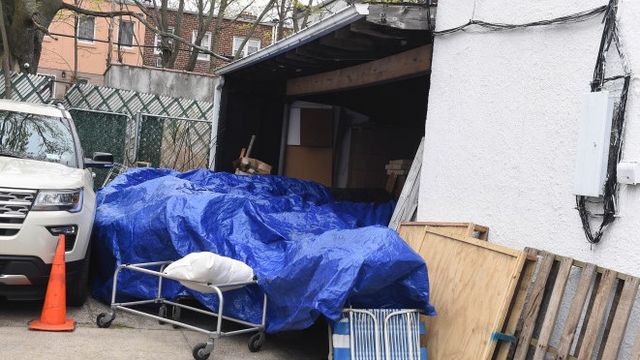 This is under conditions where the pandemic has now claimed the lives of over 50,000 Americans. In New York, where the death toll has passed 15,000, bodies are shipped to other states because the state’s four crematoria are overwhelmed; 180 refrigerated trucks for the bodies of recent COVID-19 victims have been set up throughout the city.

To this day, no reliable statistics about infections or deaths among health care workers have been released. This is despite the fact that they have been among those most severely affected by the virus. An estimated 10 percent of the 192,992 confirmed cases in Italy are health care professionals; at least 125 Italian physicians have died from the disease. Over 100 health care workers in Britain have died. In the US, where 923,612 COVID-19 cases have been confirmed, there is a total of 2.86 million registered nurses, almost one million physicians and 826,000 EMS workers.

Even three months into the pandemic, there is no adequate supply of personal protective equipment (PPE) for most of these workers. A nurse at Cleveland Clinic in Ohio told the WSWS that her hospital had a policy of encouraging nurses to only wear cloth masks, “but they don’t protect against droplet or airborne [infections]”, she noted. “If you want a surgical mask you have to track them down. It takes me 5-10 min [at the beginning of a shift] every day to get a mask.”

Given the WSWS independent tally based on public information, there is no question that the official numbers released by the Center for Disease Control (CDC), which recorded over 9,300 infections and 27 deceased health care workers as of April 15, are a vast underestimate. It is still exceedingly difficult for health care workers, as for all workers, to get tested for the virus. There have been reports of health care workers in New York and other states being forced work even after they tested positive, contribution to the spread among hospital staffers, patients and their families.

At the Henry Ford Hospital in Detroit, Michigan alone, over 700 workers were tested positive weeks ago. The number of confirmed infections and deaths in that state has since skyrocketed. On Long Island, New York, nearly 1,200 hospital staffers had tested positive as of April 15. Nine hundred workers of the New York City public hospital system have tested positive, and 3,000 have called in sick. At hospitals in Illinois more than 2,500 health care workers have been confirmed positive. In a special broadcast by PBS, the emergency room director for one Brooklyn hospital indicated that 30 percent of the staff had been infected, and five had died. 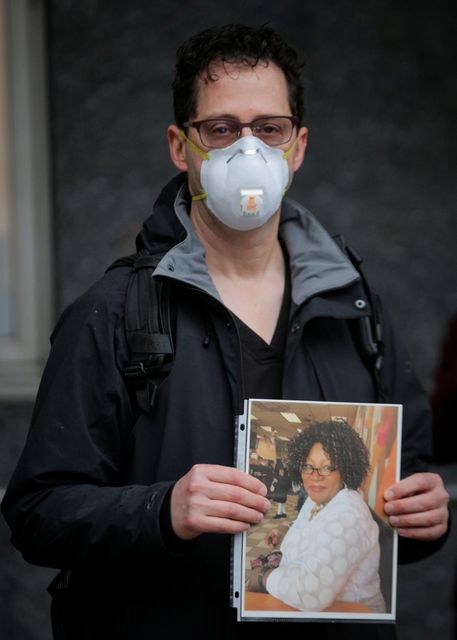 These numbers are but a pale reflection of the situation. A paramedic in New York City told the WSWS that he knew at least three other EMS workers who died in New York state, which would bring the total at FDNY to 11. In Detroit, an EMT [Emergency Medical Technician] told the WSWS that he knew of fifteen EMT colleagues who had died. The WSWS list only includes one Detroit EMS worker. It also does not include workers at nursing homes, which have been completely ravaged by COVID-19, although reports have surfaced of workers having died there in facilities that continue to block the release of numbers.

Many of these workers died after having been denied proper PPE, testing and medical care. Deborah Gatewood, a nurse at Beaumont Hospital in Farmington Hills, a Detroit suburb, was denied admission to the hospital where she worked four times before she passed away from COVID-19. A 33-year-old Miami-area ICU nurse, Danielle Dicenso, also died after having been denied face masks while treating COVID-19 patients.

Every single one of these deaths and the vast majority of infections were preventable. They are the result of a policy of criminal negligence by the government in response to the pandemic, and a decade-long social counterrevolution in which social infrastructure was destroyed and plundered to enrich a tiny oligarchy.

The crisis is also taking a tremendous emotional and psychological toll on health care workers who are not infected. Left to fight under war-like conditions without proper equipment on shifts that can last up to 16 hours, they are undergoing traumatizing experiences, including taking responsibility for decisions about life and death, and seeing countless patients die alone and their families suffer. Most health care workers are experiencing serious anxiety, fearing not only for the health of their patients, but also their own health and that of their loved ones. In New York City, EMS workers, who often earn poverty wages, have been reportedly forced to sleep in their cars or at their workstation for lack of alternative housing opportunities.

Under these conditions, there have been growing warnings by medical health experts that the COVID-19 pandemic will be followed by a second pandemic of mental health issues, which will hit health care workers especially hard. Many health care workers already experienced acute stress and are at increased danger of suffering from Post-Traumatic Stress Disorder (PTSD) once the pandemic ends.

Even before the crisis, there was an epidemic of nurse suicides in the US. EMS workers were contemplating suicide at a rate 10 times higher than the average adult in the US. This situation is being dramatically exacerbated by the pandemic. A study on the mental health conditions of Chinese health care workers who treated COVID-19 patients in Wuhan found that half of them were now struggling with depression, 44.6 percent experienced anxiety and a third insomnia.

A paramedic in New York City told the WSWS that he had to call the FDNY counseling service after every shift “because it’s becoming so much. I’ve been knocking out once I get comfortable due to sleep deprivation adding to my insomnia. I’ve been in low depressed moods recently. Too much death than should be observed in a lifetime.”

Asked what he thought about the reopening of the economy under these conditions, he said: “I think it’s premature, to say the least. The very first people that are going to be affected by that is us: hospital workers, first responders. I don’t think any sane person would do that, especially if we don’t have any regularly available care for something as massive as this.”

The pandemic, profits and the capitalist justification of suffering and death
[18 April 2020]