The assault on the jobs of health care workers in Detroit, Michigan was deepened on Wednesday by the Henry Ford Health System (HFHS), which announced the layoff of 2,800 employees during the greatest public health crisis in a century.

Following the lead of Beaumont Health, another major health system in the area, which laid off 2,475 employees and permanently eliminated 450 positions on Tuesday, HFHS told workers that they were being put on temporary furlough due to financial “realities.” 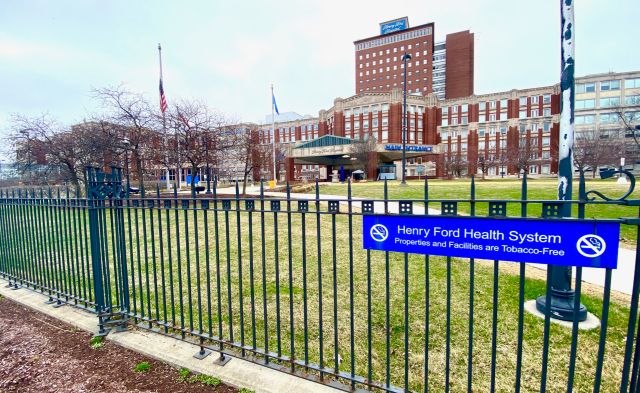 The official company press release said, “Those realities include a $43 million loss in operating income during the month of March due to the postponement or cancellation of services and procedures, temporary site closures, and an increased need for resources to care for COVID-19 patients, including personal protective equipment for team members.”

In an email to the entire staff of HFHS, CEO Wright Lassiter III claimed of the layoffs, “We will do this with a balanced approach by reducing expenses, pacing planned capital projects and identifying resources in our day-to-day operations.”

The bitter irony of hospitals and medical service providers laying off health care workers in the midst of a pandemic that is continuing to infect and kill thousands in the Detroit metropolitan area is a devastating exposure of the capitalist system.

As of Thursday, 8,473 Detroiters had confirmed cases of coronavirus and 830 had died. In the greater Detroit community of Wayne, Oakland and Macomb counties, there were 27,233 cases and 2,532 deaths, which are 74 percent and 82 percent respectively of the state’s totals.

The HFHS layoff announcement was made on the same day that a 31-year veteran of Beaumont Health, Deborah Gatewood, died from COVID-19 after being turned away four times from the hospital where she worked in Farmington Hills. Gatewood, 63, fell ill on March 16 and went to the emergency room repeatedly with a cough and fever, and each time she was given cough syrup and told to rest at home.

After developing bilateral pneumonia, Gatewood collapsed and was taken by EMS to Sinai-Grace Hospital in Detroit, where she died several days later. Her daughter told FOX News Detroit that the hospital system Deborah worked for “sent her home, saying you are showing signs of COVID. So they were confirming that she most likely had COVID, but they did not test her.”

The unfolding catastrophe in Detroit is a byproduct of decades of deindustrialization and budget cuts which have starved the working class population in the city and the suburbs of vital social infrastructure, including the decimation of public health care. Presided over by one Democratic mayor after another since the 1970s, including the present Mayor Mike Duggan, Detroit residents have been driven into poverty and destitution, making the region a fertile environment for the expansion of the deadly coronavirus.

The eruption of the pandemic in Detroit, which has experienced a decline in its population from 1.9 million in 1950 to 675,000 today, has put paid to the much hyped myth about the “comeback” of the city during the Wall Street and real estate boom in the years since the financial collapse of 2008 and in the aftermath of the 2013 bankruptcy.

While enormous fortunes have been amassed by the superrich—such as Quicken Loans billionaire Dan Gilbert, who has bought up property in the city for pennies on the dollar, and the Big Three auto companies, which have generated enormous profits by lowering the wages of autoworkers to $14 per hour with help of the UAW—the working class in Detroit has been left vulnerable to the ravages of COVID-19.

The emphasis on the financial condition of HFHS, the city’s third largest provider with six hospitals and an estimated annual revenue of $5.8 billion, as justification for eliminating health care jobs is but one side of the decision-making by the corporate executives.

It is clear that nearly 3,000 hospital workers are now being forced to join the ranks of more 26 million people who have lost their jobs during the COVID-19 pandemic for more than financial reasons. HFHS executives are using the livelihoods of these workers and the services they provide as leverage in a bid for a government bailout of the health care industry.

According to HFHS Executive Vice President and Chief Financial Officer Robin Damschroder, “Health systems that are caring for a large majority of our region’s COVID-19 patients are clearly carrying a heavier burden. When it comes to federal assistance, we welcome an equitable, metrics-based allocation model that will help organizations like ours continue our mission.”

The executives at HFHS and other health care corporations across the country were delivered federal assistance on Friday when President Trump signed the “Phase 3.5” interim coronavirus relief package. Touted as a $484 billion “small business” aid bill by both Democrats and Republicans, the measure includes $75 billion for health care providers to support “COVID-19 expenses and lost revenue due to the canceling of many elected procedures,” according to Fox News.