“The company is not disclosing any information about sickness and deaths”

The outbreak of the COVID-19 pandemic has highlighted the essential character of work done by logistics workers, those who sort, package and deliver goods of every kind, including food, medicine, computers and necessary machine parts. With over 90 percent of the US population put under some sort of lockdown since March, masses of people have come to appreciate the socially necessary character of their work.

United Parcel Service (UPS) plays a dominant role in the logistics industry. It has almost 500,000 employees around the world, with approximately 300,000 workers in the United States alone. The company made $4.4 billion in 2019 profits from the labor of these workers.

At least two UPS workers have died from COVID-19. Sorters and drivers face the daily hazard of contracting or transmitting the coronavirus and UPS has done little or nothing to mitigate the exposure or adequately treat workers who do become infected. As every major capitalist corporation—and each of its representatives from the Democratic and Republican parties—has amply demonstrated in the last seven weeks, the concern of the corporate and financial elites is for profit at the expense of the lives of the working class. 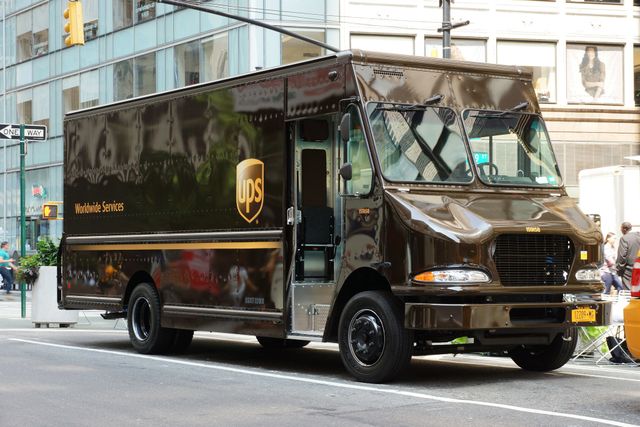 The World Socialist Web Site spoke to several UPS workers in the New York-New Jersey area who wanted to voice their concerns. Daryl, a UPS driver at a facility in Brooklyn, said, “People should not go back to work. It’s too dangerous. I lost family members. It took them fast. I have co-workers who are out sick. They say it is over in two weeks, but I know people who had to be out for a month. People are on the job now who were given a second test and still test positive. They need to give essential workers a break. We are going to need mental therapy after this.”

Another driver in the New York City area told us, “We know that drivers are affected by the coronavirus, but UPS is not disclosing any information about the sickness and deaths. They claim that would be a violation the HIPAA laws.”

The Health Insurance Portability and Accountability Act (HIPAA), passed in 1996, provides certain protections against the discrimination of individuals based on their medical records. However, UPS management’s feigned concern about protecting the privacy of infected workers is entirely cynical. It is not releasing statistics on the number of workers who have died, become ill or tested positive because management fears that could provoke strikes and job actions like the ones at Amazon, the US Postal Service and the meatpacking and auto industries.

Despite a growth in deliveries, the mass shutdown of small businesses, which constituted a key source of revenue for UPS, has led to a decline in the company’s profitability. As a result, the company has slashed its hiring and increased the workload of its current employees. To protect its profits, UPS must ensure that workers get the least financial assistance possible and do not quit out of fear of contracting COVID-19. The corporation is doing everything in its power to make sure workers are not aware of the severity of the crisis and do not organize to fight for safety and benefits.

The New York driver purchased his own personal protective equipment (PPE) and has used it on his route since January. “If I had to wait for UPS to supply PPE, I would probably be sick now.”

He continued, “There have been complaints about unsafe conditions. UPS claims they are sanitizing vehicles, but their idea is to give a guy a spray bottle. There is no systematic cleaning of the trucks. UPS has made no effort to educate or train workers in the dangers of the coronavirus. I’ve also had a lot of conversations with drivers. We felt there should be hazard pay and bonus pay. We have to jump through hoops for COVID-19 paid leave.”

If a UPS worker is diagnosed with COVID-19, he or she only gets 10 days of paid leave. If more time is needed workers can use up their saved sick days. To get assistance beyond this, UPS workers with the health insurance plan TeamCare can file for the “Coronavirus Short Term Disability Care,” which requires documentation from a health care professional, or seek assistance through their state. Even in cases where workers are ordered to stay at home, they are only offered a few hundred dollars per week.

The large number of part-time and temporary workers at UPS have inadequate benefits and are pressured to show up to work, regardless of their health. As many COVID cases show no symptoms, there are likely thousands of UPS workers who are unknowingly spreading the virus to their co-workers and loved ones.

Another UPS driver, John, said, “UPS won’t stop production for anything. They are making too much money. There is more volume now than during the peak period from November to January. Their stock has jumped from $80 to $110 a share. They are doing good. They are pushing a lot out. I spoke to a driver at 7:30 p.m. tonight who still had 100 stops to make. They don’t have enough drivers now, so they are using supervisors to do deliveries. This is a big no-no at UPS. This is against the union contract.”

Far from opposing these conditions, the Teamsters union has collaborated with management to suppress any opposition from workers. Teamsters President Jim Hoffa Jr. is one of President Donald Trump’s advisors to reopen the economy, alongside billionaires Jeff Bezos of Amazon and Mark Zuckerberg of Facebook.

In the 2016 elections, the Teamsters spent $33 million supporting the Democratic Party and $2 million supporting Republicans. Both parties have carried out a relentless assault on the livelihoods of workers, who are now faced with the greatest economic crisis since the Great Depression.

While politicians in Washington, D.C., worked to fund war and cut taxes and regulations on corporations, the Teamsters pushed through sellout contracts with UPS by isolating strikes and engaging in secret deals. The most recent example was in 2018, when a contract was rammed through by the Teamsters and UPS, cutting overtime and expanding the category of disposable part-time workers.

Over 40 years ago, the so-called “union reformer” Ron Carey—who later became union president with the support of the Teamsters for a Democratic Union (TDU)—betrayed a major strike in New York City, paving the way for UPS to become one of the first major unionized corporations in the US to introduce low-paid part-time workers. The proliferation of part-time and contingent labor throughout the US economy has contributed to the vast increase in social inequality.

Rank and file UPS workers are increasingly aware that they must fight for their right to adequate health and protection in the time of the pandemic and after.

UPS driver John told us that, “Workers are sending a petition around to push the Teamsters union to get hazard pay at UPS. It has about 250,000 signatures now, and if they get 300,000, they will give it to the union.” But, John admitted, “The union is in UPS’s pocket. If they weren’t, they would have something set up to help us now.”

This only underscores the fact that UPS workers must form rank-and-file safety committees, independent of the Teamsters, to demand full protection for workers, including universal testing and immediate medical treatment of sick workers, with full pay and medical coverage. These committees, operating in conjunction with medical experts, must monitor all safety conditions and organize collective action to halt production until conditions are safe.

The lives of workers must take precedence over corporate profit. This is only possible if workers assert their control over production and delivery rates, a sharp reduction in quotas and the hiring of thousands more workers at full pay and benefits.

The giant logistics companies, which have become essential during the pandemic, cannot be left in the hands of the billionaire owners and shareholders who control Amazon, UPS, FedEx and other corporations. Instead they should be transformed into public utiities under the democratic control of the working class.

We urge workers at UPS who agree to join the Socialist Equality Party today.