The thievery in Bad Education: Capitalism “is the villain more than any one individual”

Bad Education, based on the 2004 New York magazine article “The Bad Superintendent” by Robert Kolker, was scripted by Mike Makowsky and directed by Cory Finley (Thoroughbreds, 2017). It is available on HBO.

The movie dramatizes the largest embezzlement scandal in the public education system in US history. The Roslyn school district on Long Island, New York was robbed of more than $11 million by its superintendent Frank Tassone and others over the course of a decade ending in 2004.

The time period is significant. The Roslyn school theft took place against the background of a stock market bonanza, huge increases in compensation for hedge fund managers and out-and-out swindling by financial institutions on a massive scale. Not to minimize their culpability, Tassone and his accomplices were small fish who took their lead from the rapacious and predatory sharks on Wall Street. 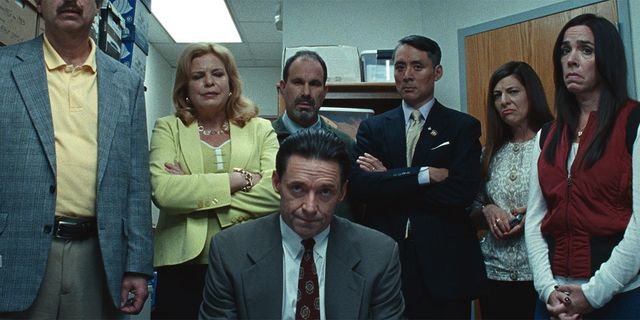 Small fish, but certainly industrious ones. Kolker, in his New York article, notes that, according to Nassau County prosecutors, Tassone spent his 12 years in Roslyn, an affluent community 20 miles from Manhattan, “quietly running one of the most audacious scams ever to afflict a public-school system. The coffers were plundered in practically every imaginable way—expense-account padding, vendor-bidding violations, check-record fabrications, even the creation of phony businesses.”

Tassone apparently had the school district pay for two trips on the Concorde to London, one costing $20,000 and the other $30,000, which included $1,800-a-night suites. He also took “a half-dozen jaunts to Las Vegas with his friends … where the district even staked some of Tassone’s gambling money. The D.A. says that by the time he was arrested … Tassone had saved enough money to transfer $300,000 to bank accounts in his sisters’ names.”

In Finley’s movie, Frank Tassone (Hugh Jackman), the beloved, almost mythic superintendent of the Roslyn school district, has improved the schools’ academic rating and therefore, most importantly, as far as the pillars of the community are concerned, the town’s property values. When Tassone walks down a school hallway or attends any official gathering, he is greeted affectionately and admiringly on every side.

Frank is dapper, erudite, impeccable in appearance and keeps a photo of his (fictional) deceased wife in her wedding gown on his desk, adding to his image of stability and optimism in the face of adversity. He makes it his business to know the name of every one of his students and their parents. Not only that, Tassone expresses sincere interest in the young people’s lives and development. 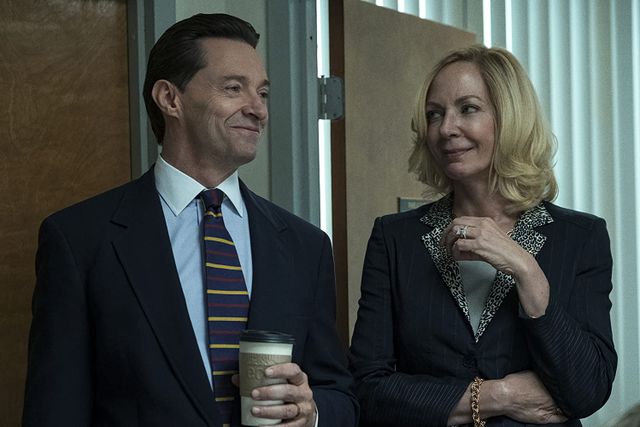 He is also a consummate politician, attending book club meetings organized by mothers of his students and, in one instance, discussing one of his great interests—novelist Charles Dickens. (According to Kolker, one parent called him “Pecksniffian,” in reference to one legendary Dickens character, Seth Pecksniff in Martin Chuzzlewit, who “exploits the weaknesses of others, and is selfish and corrupt behind a display of benevolence.”)

Every new program and innovation he institutes fills the Roslyn community with pride.

Kolker explains that Tassone introduced foreign language study to the elementary schools, “and a ‘values education’ curriculum to the high school, including the community-service requirement. He embraced senior citizens by starting discussion groups and hosting an annual community dinner-dance—scheduled, shrewdly, right before the annual vote on the school budget. School employees learned to look forward to birthday cards signed ‘Dr. Tassone,’ and congratulatory gift baskets on anniversaries. And he disarmed potential dissenters face to face, meeting by meeting—sitting still as an owl at his office’s conference table, hands folded in his lap, head nodding.” 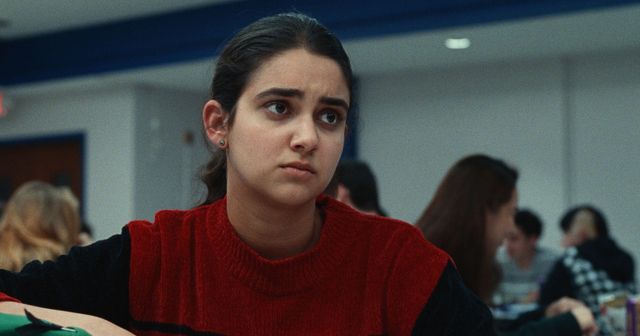 In their grand theft of the school district, Frank and Pam drew in many collaborators. Whether the filmmakers fully intend it to or not, Bad Education reveals how the worship of wealth at any cost in recent decades has had a deeply corrupting influence on a not inconsiderable portion of the professional middle classes.

For example, Pam’s niece, who worked as a clerk stole more than $850,000. According to an article in Esquire: “Investigators discovered that seemingly legitimate checks were written to vendors and were then cashed by the conspirators. One million in cash was drawn out of ATMs, while 74 unauthorized Rosalyn school credit cards were circulated among the district employees and their friends and family members.”

Finley’s Bad Education is a well-made film, with Jackman and Janney heading a superb cast. The drama is taut and fast-paced. Jackman plays a complex man who both desires to be a pioneering, respected and valuable educator and yet steals vital resources. He is a Dickens enthusiast who acts, as noted above, like one of Dickens’ villains—hypocritical high-mindedness in public, accompanied by relentless thievery behind the scenes.

Whether the cruel social requirement that he suppress and conceal his real personal situation—a pretend widower, he is a gay man living with one man in Manhattan and purchasing a house in Las Vegas with another—nourished resentment and encouraged him to loot the school district as a kind of silent (and reckless) revenge remains unclear. In any case, the issue is not explored in Finley’s film.

Everything about the situation in America made the thievery in Roslyn not only possible, but inevitable.

2004, the year of Tassone’s undoing, was also the first year in which a Wall Street hedge fund manager made more than $1 billion. The WSWS noted in June 2005 that a survey by Alpha, a magazine published by Institutional Investor, found that “the average compensation for the top 25 hedge fund managers [in 2004] was $251 million, over $6 billion combined. This figure has nearly doubled since 2002.” Of course, former Roslyn resident Bernie Madoff was also active at the time, operating his gigantic Ponzi scheme.

Tassone apparently felt that Wall Street operators should not be the only ones to benefit during the “fat years,” even if it was only millions in his case, to their billions.

Indeed, he made no secret of this conviction. In his feature article, Kolker describes Tassone as saying, “Look at the CEO of IBM—they’re making zillions and we’re making $200,000.” Even after his downfall, he still maintained that what he did was totally acceptable, given the vast sums of money that were sloshing around.

In regard to this point, Director Finley made an astute observation in an interview with AV Club. Bad Education, he explained, was not just “a story about clear-cut villains, but about complicated individuals that are all motivated by a thorny tangle of different motivations, and in which, to some degree, the system—the much larger system, that of American capitalism—is the villain more than any one individual.”

Proving the comment was not a fluke, Finley spoke similarly in relation to his last movie, Thoroughbreds (2017).

“Every work of art is political,” said the director in an interview with Filmmaker magazine, “I’m aiming to say something about the morally insulating effects of privilege, and about how manipulation is woven into the day-to-day reality of a capitalistic society.”