The Accident, written by Jack Thorne and directed by Sandra Goldbacher, is a four-part British television miniseries that first aired in the fall of 2019 on Channel 4. Now available on Hulu in the US, it tells the story of a decayed former mining and steel town in Wales, in which a factory under construction collapses, resulting in a horrendous tragedy.

It is a law of contemporary social life in every part of the world that when “benevolent” investors promise—with great fanfare—to resurrect, revive and generally rehabilitate traumatized, deindustrialized areas through one magical project or another, the results are always similar: rotten conditions, jobs and wages—and worse. 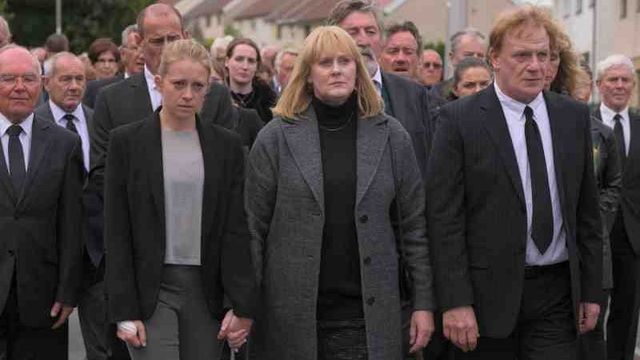 The Accident dramatizes a portion of this reality.

As the series opens, the fictional Welsh town of Glyngolau is celebrating a new factory development, called The Light, being built on its outskirts.

It is a deal negotiated by the smug, dishonest local councillor Iwan (Mark Lewis Jones). Standing before the crowd in a banana costume, the self-proclaimed top banana gloats “1,000 new jobs. That’s 1,000 new smiles.” Wife Polly (Sarah Lancashire), a hairdresser, is one of the celebrants.

Soon afterward, Leona (Jade Croot), Iwan and Polly’s 15-year-old daughter, scales a fence with a pack of friends to do some graffiti spray-painting in the unfinished complex. Suddenly, there is an earthshaking explosion, followed by a shattering building collapse—violent and swift, as though the structure were hit by a bomb.

When the bodies are excavated from the rubble, eight teenagers and one adult—the building site manager—are dead. Only Leona survives, her mind and body damaged, having been pulled toward the building’s entrance by a homeless man Martin (Shaun Parkes).

Polly soon confronts Harriet (Sidse Babett Knudsen), the corporate VP responsible for the site’s construction, exclaiming, “This was done as cheap as chips and you know it.” 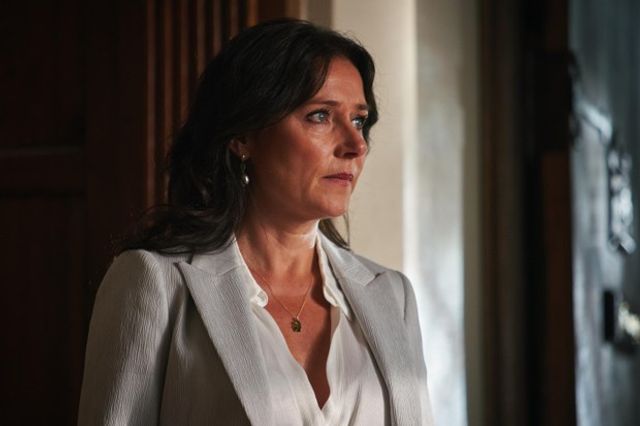 Sidse Babett Knudsen in The Accident

Other grieving mothers, including Angela Griffiths (Joanna Scanlan), are convinced of the corporation’s culpability. However, a cover-up is in full swing. Harriet plots to obscure the fact there was no security guarding the construction site; that the canisters that caused the explosion had been unsafely stored; and that she had procured a lesser grade of steel as a cost-cutting measure. Off the record, one of Harriet’s colleagues admits her decisions were merely the cost of doing business.

As it becomes increasingly necessary to throw Harriet and her lover-assistant Tim (Nabhaan Rizwan) to the wolves, vicious corporate lawyers attempt to blackguard the trespassing teens. Polly is then approached by Philip (Adrian Scarborough), an attorney familiar with corporate and governmental malfeasance. He rattles off a series of fatal incidents in which no one was held accountable, including:

Shocking Polly, Philip continues: “You are fighting people with very deep pockets—multinationals and insurance companies. They’re going to line up everything against you—you’re going to have very little to fight back with. If you’re getting legal advice, make sure you look in the right places—those kids were alive after the explosion. What cost them their lives was the building collapse. A building shouldn’t collapse like that. That’s the story here.” 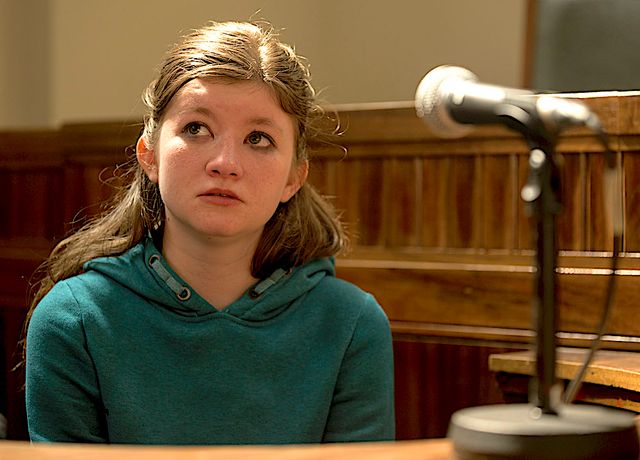 Jade Croot in The Accident

More than one year after the deaths, Glyngolau’s affected families are privately prosecuting Harriet for corporate manslaughter. In a devastating scene, wheelchair bound Leona is ruthlessly torn to shreds by merciless corporate attorneys.

This prompts her father Iwan, who initially did not admit to any wrongdoing, to tell the truth about the sub-grade steel and his collusion with Harriet. The project was “profoundly overbudget,” and Harriet knew the steel “would fail the test, and I have proof of it—text messages—she knew exactly what the steel was and she knew we needed to hide it.”

The Accident is rare: a working class drama that unambiguously indicts the corporate elite. The lead protagonists perform with commitment, and, for the most part, the weaving of the interpersonal with the unifying social calamity is well done. It seems appropriate that the opportunist Iwan is also a spousal abuser. Significantly, the narrative includes a homeless character, although Martin’s role after rescuing Leona is undeveloped.

Overall, however, the plot inconsistencies and awkwardnesses are secondary to the strong desire of the series’ creators to address and fictionally redress the fact that most deaths and injuries resulting from the capitalists’ drive for profits go uninvestigated and, even more so, unpunished.

The death and injury toll simply from showing up at work in this economic system is enormous. On a daily basis, points out the International Labour Organization, “people die as a result of occupational accidents or work-related diseases.” In fact, there are more than 2.78 million such deaths globally per year. “Additionally, there are some 374 million non-fatal work-related injuries each year … The human cost of this daily adversity is vast.” The coronavirus catastrophe has taken this process of “daily adversity” to another level. 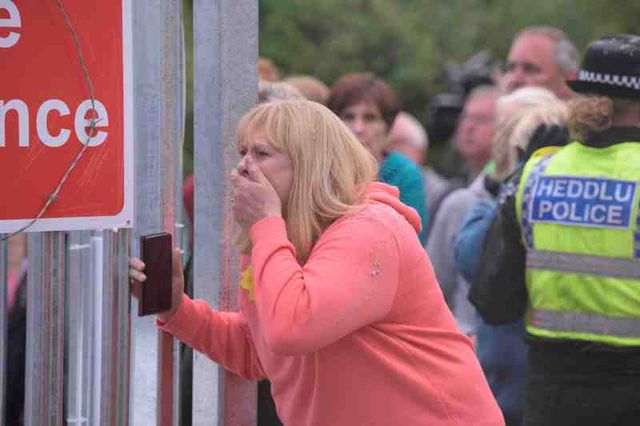 Sarah Lancashire in The Accident

Entirely avoidable tragedies such as the Grenfell fire obviously influenced the creators of The Accident. In an interview posted on the Channel 4 website, scriptwriter Jack Thorne explained that the series makers “spent a long time researching everything and constructing an accident that felt real, which enabled our drama to do everything it needed to do. We looked into Grenfell and Aberfan and others, we had them all in front of us … and the extraordinary thing we found was that none of them had led to anyone being in jail, which was an incredible statistic.”

Thorne added that he had been “horrified, as I think the whole country was, that Grenfell happened in a country as developed and seemingly as rich as ours.” He became “progressively more horrified” as the flammable cladding, which caused the Grenfell disaster, was not immediately removed from buildings around the UK.

The screenwriter pointed out that statistics “suggest that if we continue removing cladding at the current rate, which seemingly would be the fastest it should move with the pressure of Grenfell behind it, we wouldn’t have it all off until 2030—that’s extraordinary and completely unacceptable.”

As for the particular setting of The Accident, Thorne noted he had spent much of his life “in and around Wales. Those valley towns have been decimated by the industrial changes we have had in the last 30 years and there is no industry left. So I tried to think of an area where investment would be encouraged to a degree that would allow us to tell the story that we wanted to tell.”

Both socially and psychologically gripping, The Accident convincingly argues that corporate-caused deaths are anything but “accidental.”