Imprisoned WikiLeaks publisher Julian Assange will be the subject of an administrative hearing at Britain’s Westminster Court this morning at 10 a.m. UK time.

Because he is a remand prisoner who has not been convicted of any crime, the British authorities are legally obliged to present Assange to a court every 30 days. Such hearings supposedly check on the welfare of a prisoner, the conditions of their detention and the progress of their case.

Amid the coronavirus pandemic, the deepest crisis in Europe since World War II, and the intense state persecution of Assange, the hearings do not even serve this cosmetic function.

The WikiLeaks publisher has not been able to participate in the last several hearings. To do so, he would need to be transported across the maximum-security Belmarsh Prison and into a video conference room used by dozens of other prisoners, further heightening his risk of contracting COVID-19. 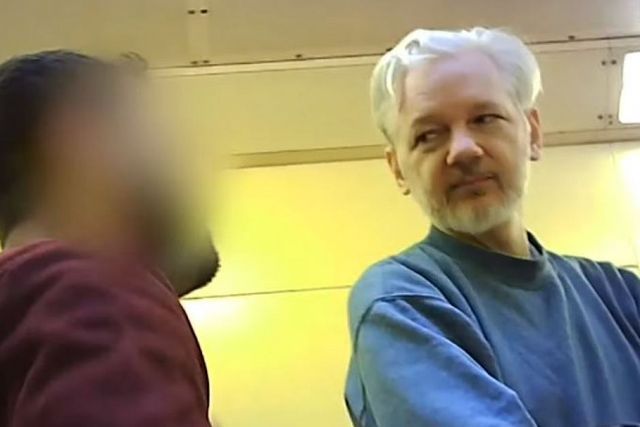 Assange has been unable to meet in person with his lawyers as a result of the health crisis, having to rely instead on spasmodic phone calls. On May 24, Aitor Martinez, Assange’s Spanish lawyer, tweeted a log of calls that the WikiLeaks founder had attempted to make to him. Apparently due to technical issues at Belmarsh, only one of ten attempted calls over a 24-hour period had succeeded. Calls that do get through are limited to ten minutes.

Martinez wrote: “This is his day-to-day reality. In September he faces 175 years in prison. Right to defense? Fair trial?” The lawyer was referencing the September hearings for Assange’s extradition to the US, where he faces 18 charges, including 17 under its Espionage Act, for exposing American war crimes and global diplomatic intrigues.

The media effectively has been excluded from the hearings as well. Because of social distancing measures, journalists cannot attend in person, but are provided with a call-in number that is supposed to allow them to listen in.

At the last hearing, on May 4, those who attempted to cover the hearing only heard hold music while it was taking place—allegedly because the clerk forgot to unmute the court’s line. The previous hearing was largely inaudible.

These are expressions of a broader trampling on Assange’s democratic rights. All his court appearances, including the first week of extradition hearings in February, have had the character of lawless show-trials held in violation of basic legal norms.

The most flagrant attack on the WikiLeaks founder has been the refusal to release him on bail, despite the fact that the coronavirus is circulating throughout the British prison system, including in Belmarsh. In March, Judge Vanessa Baraitser ruled that the “global pandemic ... does not provide grounds for Mr Assange’s release.”

Her callous ruling was delivered in the face of warnings from leading doctors and health experts that if he contracts COVID-19, Assange’s life will be in acute danger. The WikiLeaks founder has a raft of medical issues stemming from almost a decade of arbitrary detention, including a chronic lung condition that renders him particularly vulnerable.

In April, the British government endorsed Baraitser’s verdict, declaring that Assange would not be among the 4,000 low-risk prisoners released because COVID-19 was sweeping through penitentiaries. Assange’s exclusion from the program was justified on the Orwellian grounds that he was “not serving a custodial sentence,” but was on remand.

The scale of the danger was underscored on Thursday, when Ministry of Justice figures revealed a 1.5 percent spike in confirmed infections among prisoners over the previous 24 hours and a 1 percent rise for prison staff. According to the official numbers, 459 prisoners have contracted the virus across 77 prisons in England and Wales, and 907 staff have been infected.

Since the crisis began, 22 inmates have died from COVID-19, along with nine prison staff. At least one of the fatalities occurred at Belmarsh. In late March, it was reported that 150 guards at the prison were not attending work because they were sick or self-isolating.

Assange’s family has warned that his isolation is further jeopardising his mental health. Last May, United Nations Special Rapporteur on Torture Nils Melzer found that Assange was displaying medically-verifiable symptoms of psychological torture as a result of his persecution by governments.

On May 21, Assange’s fiancé Stella Morris wrote on Twitter: “COVID does not make solitary confinement acceptable. Julian has been kept in a single cell for +23h/day for over eight weeks now with no visits. Lives will be lost to suicide if not to the virus. Prolonged solitary confinement is torture.” Morris and Assange’s lawyers previously warned that he is at acute risk of suicide.

A host of political forces are responsible for Assange’s dire plight. They include the Democratic and Republican parties in the United States, which have spearheaded the attempt to physically and psychologically destroy him because of WikiLeaks’ lawful publishing activities.

In Britain, the Conservative government’s abrogation of Assange’s rights has been backed by the Labour Party opposition. Former Labour leader Jeremy Corbyn refused to mount any campaign in defence of the WikiLeaks founder. His successor Sir Keir Starmer has explicitly endorsed the continuing imprisonment of Assange and the attempt to dispatch him to the US, presenting it as an exercise in “due process” and “the rule of law.”

The entire Australian political establishment is complicit, having abandoned Assange despite the fact that he is an Australian citizen and journalist.

No senior member of the federal Liberal-National government or the Australian Labor Party opposition has so much as mentioned the WikiLeaks founder since the pandemic began. This is in line with their fulsome support for US imperialist wars and provocations, including the ratcheting-up of tensions with China, and their protracted collaboration in the attacks on Assange.

The silence extends to the Greens, who have said virtually nothing, like the trade unions, including the Media, Entertainment and Arts Alliance, of which Assange is a member.

The political line-up underscores the fact that the defence of Assange requires the independent mobilisation of the working class, as part of a broader struggle in defence of democratic rights and against war.

The same governments that have jeopardised the lives of millions with their profit-driven response to the coronavirus are seeking to silence Assange forever. This is aimed at establishing a precedent for the suppression of press freedom and the criminalisation of social and political opposition.

As workers and young people enter into major struggles against the governments persecuting the WikiLeaks founder, exemplified by the explosive protests in the US triggered by the police murder of George Floyd, the demand for Assange’s freedom should be inscribed on their banner.

Julian Assange’s partner Stella Morris speaks out: “His life is on the brink”
[13 April 2020]