American colleges and universities have begun announcing plans for how they will reopen campuses for the fall 2020 semester amid the ongoing COVID-19 pandemic, with many schools indicating that they will operate on a modified schedule or implement more online learning options for the fall. However, many prominent schools including the University of Louisville, Syracuse University, the University of Texas at Austin and Ohio State University, among others, have unveiled plans to reopen with in-person classes and other school activities for the fall semester.

The schools that are particularly committed to having full or partial reopening of campus activity all have one thing in common: large multimillion-dollar football or basketball programs, with playing seasons that start in the fall. Over the past several decades, college sports has become a multibillion-dollar industry and has made athletics the center of revenue and funding plans in most major US universities.

In early May, the National Collegiate Athletic Association (NCAA) released a statement outlining their plan for resuming college sports, titled, “Core Principles of Resocialization of Collegiate Sport.” The principles include a number of conditions that must be met in order for sports to begin: COVID-19 testing for the athletes, adherence to federal guidelines, and a three-phase plan where social distancing measures are gradually lifted over time. 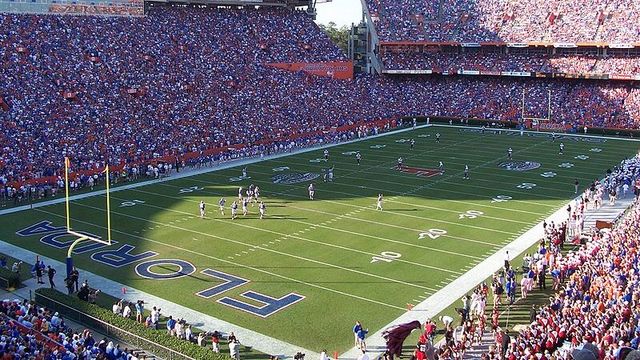 These “principles'' differ little from the phony PR statements of other industries which have already begun sending workers back to factories and workplaces. In these instances, the workers are being forced to return to work with little to no protections that they had been promised. Unsurprisingly, COVID-19 cases have surged in many of these major industrial sectors.

Students returning to campuses, living in crowded residence halls and attending large classrooms, will be confronted with similar circumstances. They will have no guarantee that they will not catch the virus and spread it to others once they return to school.

Eager to restart the multibillion-dollar college sports industry, NCAA has also announced that it will permit student athletes to return to campus for summer workouts and training starting on June 8. Most schools with large sports programs will have their teams on campus in June to prepare for the upcoming season. Some schools like the University of Oklahoma will wait, but only until July 1, before sending their students back to training. Delaying training could set back the athletic performance of those teams. For college sports, winning games is critical for revenue streams.

Canceling the fall 2020 football season alone would result in estimated losses upwards of $4 billion for the top NCAA schools. Athletics programs at 36 colleges reported over $150 million in revenue in the 2018 fiscal year. The University of Texas at Austin and Ohio State University both garnered over $200 million. In total, the revenue generated by college sports programs has surpassed $14 billion per year.

The revenue produced from college sports is mostly from advertising deals and sponsorships from major corporations like Nike, Coca-Cola, and Google. These companies pay handsomely for exclusive access to market their products to the millions of Americans who enjoy college sports. During the televised broadcast of the March Madness basketball tournament, a 30-second commercial costs over $1 million.

Despite the giant sums generated by college athletics departments, only 12 schools actually see a profit return from their sports teams. Most schools go into debt hiring coaching staff and building exclusive, luxurious facilities to entice talented high schoolers to sign on to their teams. In 41 out of 50 states, the highest-paid public employees are college coaches, who are often considered to be the most critical part of a successful sports program. The 25 highest-paid college coaches all have annual salaries of over $4 million. The highest is Dabo Swinney of Clemson University’s football team, who is paid $9.3 million per year.

Only the few schools who make it to the top of their divisions by winning games and tournaments can land the million-dollar corporate sponsorships. The competition for these slots is immense. Oftentimes, the schools that do make profits off their teams put that money back into the program to keep a step ahead of other schools. In other words, the money very rarely, if ever, goes to improving the quality of education for students.

The athletic departments that are not in the exclusive group that makes giant profits are looking to get there and consider it necessary to keep pumping money into the sports programs to develop winning teams and see a return on their investments.

There is no doubt that the fierce competition for the few money-making spots is a major motivating factor driving schools to bring their athletes on campus and get them in shape for the season as quickly as possible. At the University of Georgia, where athletes are returning immediately on June 8, head coach Kirby Smart told ESPN reporters that student athletes will likely be safer than if they stayed home outside of coaching staff supervision. “I know that our facility is one of the safest, and we certainly have the ability to care for that facility better than a lot of places they can go back home,” Smart said.

Schools like the University of Georgia have invested sums into the tens of millions to build professional facilities staffed with trainers whose job it is to keep athletes in good health so they can continue to perform and win games. When the players return for workouts, they will be closely monitored and have their health tested regularly to ensure that a COVID-19 outbreak does not occur within the student teams. Such a development would devastate the performance of a team and potentially take them out of the season entirely, which would cause a financial disaster for teams whose ticket prices and lucrative sponsorship deals depend on winning.

The athletes will be receiving testing and special treatment, but the general student population is another question. The average student will not receive regular testing, access to special facilities, and other precautions that would help prevent the spread of COVID-19. Instead, they will be expected to pay the full cost of tuition, for food in the dining halls, and of course buying tickets to football games.

The NCAA official football schedule is still largely to be determined, and representatives have said they will continue to evaluate the situation as it progresses over the summer before making a final decision for the fall. But statements from coaches and athletic directors make it seem increasingly likely that the games will go on.

Last week, University of Iowa athletic director Gary Barta told ESPN that the school is planning normal operations at their football stadium, where games see upwards of 65,000 fans in attendance. Oregon State athletic director Scott Barnes said, “Anywhere from 75 up to almost 85 percent of all revenues to our departments are derived directly or indirectly from football.”

The head of Texas Christian University athletics, Jeremiah Donati, told reporters, “If there's no football season, or if the football season is interrupted or shortened, there will be a massive fallout. There would have to be massive cutbacks.” Many schools, particularly those who are in the less elite Division II or Division III, have already cut many of their smaller sports programs that do not generate revenue. But even schools with a Division I sports program are cutting their less profitable departments. This includes sports like track and field, lacrosse, soccer, and even baseball.

The pandemic has triggered a crisis in college sports. Years of inflated spending on football programs have driven many schools to rely on the anticipated income of future seasons to cover debts incurred from building stadiums, workout facilities, and high salaries for coaching staff. The potential shutdown of the football season will provoke cuts in funding that will likely target other academic departments to make up for the loss of football revenue. This could include cutting student scholarships and tuition waivers for graduate workers, an increase in costs and fees for undergraduates, and layoffs or wage freezes for teaching staff.

Schools are eager to avoid the looming financial disaster and are making plans to ensure football will open, even if delayed until the spring. The cost of this decision will instead be the health and lives of the student body and the larger university communities.