The coronavirus crisis, the government’s aid package and the attempt to strangle German art

At the beginning of June, the German government announced it was making one billion euros ($US1.125 billion) available to support cultural activity as part of its coronavirus economic stimulus program. This was to enable a “cultural restart,” Minister of Culture Monika Grütters (Christian Democratic Union, CDU) declared sweepingly. The aim was nothing less than to “save our unique cultural landscape.”

On closer inspection, however, this financial package is revealed to be a sham and a step toward neutering and strangling a diverse, complex cultural landscape. 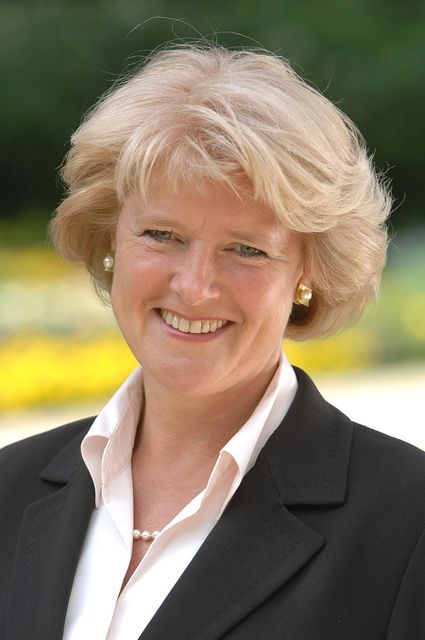 A comparison is revealing: other recipients of the government’s economic stimulus package include the major auto companies, who will get 50 billion euros, the German military, massively re-equipped in the past few years, which will be handed 10 billion euros, and Germany’s largest airline, Lufthansa, due to receive 9 billion euros! Culture and day-care centres bring up the rear with just one billion each.

Approximately 1.7 million people are employed in the country’s cultural sector, a figure almost as large as the workforce in the auto and engineering industries combined. Nearly one in four of these workers lives precariously, that is, in temporary work for low pay and with a lack of social benefits.

The criteria, according to which the one billion euros in cultural aid is to be distributed, still have to be worked out in detail. A previously announced list indicated that around 250 million euros are to go to larger, partially privatised and private cultural institutions for modernisation purposes, and 450 million to small and medium-sized privately financed cultural institutions and projects. From this latter total, 150 million have been directed toward live music venues, 150 million for theatre and dance and 120 million for cinemas and film production and distribution. Thirty million euros have been allocated for galleries, cultural centres and the book and publishing industries.

A further 150 million euros are earmarked for the digitisation of museums, 100 million for federally funded cultural institutions and 20 million for private radio stations.

In view of the massive financial losses following the wholesale closure of theatres, opera houses, concert halls and cinemas, along with the cancellation of book fairs, readings, music and theatre festivals and other cultural events, including activities planned for the 250th anniversary of the birth of composer Ludwig van Beethoven, these amounts are minimal. It is already clear that hardly any of the money will go to artists themselves.

As it has in other areas, the coronavirus pandemic has brought to light catastrophic conditions in Germany’s much-touted cultural system—conditions produced by decades of austerity measures, privatisation and outsourcing.

According to figures from the Federal Statistical Office in 2018, around 34 percent of employees in the cultural sector belong to the category of the individual self-employed. This category applies to more than half of those working in five groups, arts and crafts, photography, music and singing, acting and dance and choreography, as well as theatre, film and television production.

Exploitation is rife in Germany’s opera houses. Even popular opera singers are primarily employed on a freelance basis and have to reapply for work after each production. A slight cold can lead to the loss of roles and fees. According to the magazine Tip Berlin, such performers earn an average of 11,200 euros a year, even less than permanent chorus members.

The situation for actors is no better. They are employed from one engagement to the next. During a production, they are considered employees and pay social security contributions, but without the right to unemployment benefits. At the end of their engagements, they are once again left without an income or social insurance. It is no different for musicians. Very few manage to get a permanent position in larger orchestras. Likewise, most editors, translators and authors are freelancers with low incomes. Even curators of museum exhibitions are mostly employed on a temporary and freelance basis.

Working in the background are small armies of makeup artists, cinematographers and other crew members, production photographers, text designers, translators, caterers and cinema attendants (including many students) employed mainly on a precarious basis—in other words, short-term and low-paid.

A pan-European survey by the European Writers Council in April, involving 33 organisations, also painted a terrible picture of the situation for freelance authors and translators. Some 97 percent of them expect a sharp loss of income due to the cancellation of readings, lectures and workshops and the postponement or cancellation of publications. The number of new book titles in Europe, which averages 500,000 to 600,000 annually, is expected to decline by 150,000 in 2020 and 2021. 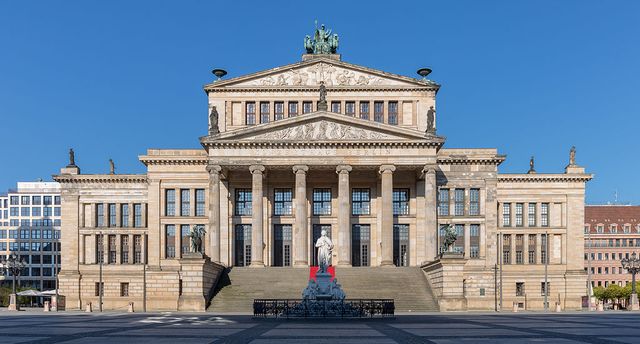 “Exiting the crisis with a bang,” boasted Germany’s finance minister and vice chancellor Olaf Scholz (Social Democratic Party), referring to the government’s coronavirus relief package. “This has the potential for a bestseller title,” responded the Network Rights for Authors in a mocking tone. The one billion allocated to culture would ultimately amount to a single-digit million sum for the book division, and function “at most like a mini-bang.” The work involved in producing books was “not a luxury,” but rather stood for “knowledge and pluralism, for emotional, intellectual and cultural exchange, innovative thinking and the intellectual creation of new—sometimes better—worlds.”

Scholz, Grütters and Economics Affairs Minister Peter Altmaier (CDU) have repeatedly rejected the call for more support for artists, referring to the government’s emergency aid program for single self-employed artists of 5,000 euros introduced back in March.

Many affected artists regard the German government aid as a trap. The aid is only granted for business costs and not for living expenses. According to the government, artists should apply for aid from the existing (and miserly) social welfare payments system for their day-to-day living.

A freelance musician who gives violin lessons in his apartment, in addition to performing with several groups, explained to the WSWS:

“Public performances have collapsed, along with private lessons. I teach mainly adults and older students who are not so familiar with Skype and lack the technology. My income has dropped to virtually zero since mid-March. Of course, I took the money [government emergency aid—editor] for the lost work opportunities, if only because it is impossible to predict how long the current situation will last.

“In the meantime, uncertainty and fear have spread among my colleagues. A few days ago, I received an email from the bank saying that the government aid was not intended as compensation for lost earnings, but rather for business expenses, i.e., commercial rent, insurance for instruments, etc. This means I am a so-called unauthorised recipient. The letter also points out that the next time I file a tax return, the tax office will investigate how the money was used. Suddenly one becomes a fraudster!”

A fellow musician reported on his experience at a city job centre. The official behind the desk explained in an icy-cold manner that if the musician wanted to receive basic welfare payments according to the Hartz IV system, he would have to make himself available to take any job, in other words, give up his artistic activity.

Hundreds of thousands of cultural workers have signed petitions and protests on the internet calling for a change to the government aid scheme. In April, prominent figures in the world of music wrote an open letter to the Federal Culture Ministry, speaking up on behalf of “countless independent and freelance artists … who are not known and are without an international standing—but who nevertheless significantly shape the cultural landscape here in Germany.” 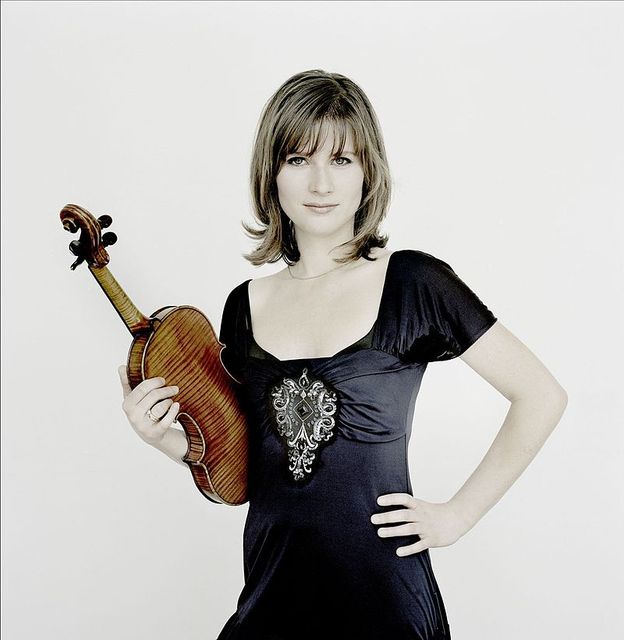 They wrote, “Are we only popular when times are rosy? Doesn’t anyone feel commitment to our cultural accomplishments?” They refer to the government’s aid for dentists who received 90 percent of their previous year’s income, and the sporting goods manufacturer Adidas, which sought to claim public funding to pay rent for its European stores. The latter campaign outraged sports fans, and Adidas was forced to back down.

Many of the artists affected are not prepared to accept this situation and have commenced initiatives on the Internet. The Berlin Schaubühne is making its productions and discussions with international theatre available online free of charge. The celebrated pianist Igor Levit has given home concerts on Twitter. Some youth orchestras, invited to this year’s Young Euro Classic Festival in Berlin, have posted program excerpts on Facebook (“Tunes for Sanity”), including the Tbilisi Youth Orchestra from Georgia who present Beethoven’s “Ode to Joy.” Other small orchestras are also trying to reach audiences via the Internet. The orchestra Klangkraft from Duisburg, for example, has transformed its cancelled family concert “Beethoven’s 9th Symphony of Animals” into an international online project. Beethoven’s belief in freedom, equality and fraternity are “more relevant today than ever,” declared conductor Henry Cheng. 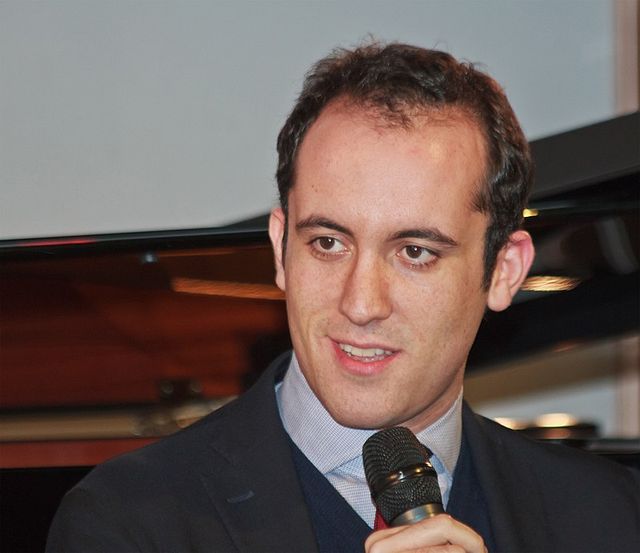 Such progressive activities are under severe threat, however, under conditions where the German federal government will seek to recoup from the broad masses of the population the billions of euros it has handed out to the finance and business world.

The danger to artistic freedom

The experiences made by cultural workers must be seen in the context of the experiences undergone by millions of other workers. In the case of Lufthansa and the German auto industry, which have both recently announced massive layoffs, state funds are being used to implement long-held plans to transform their respective industries. This threat also hangs over the sphere of cultural activity.

This prospect is already being discussed in the media. A significant comment by Thomas Steinfeld appeared in the feature section of the Süddeutsche Zeitung on June 6. The article “The Plague, Art and Money” oozes snobbish disdain for artists who only create “collages of casual work,” for “puppeteers,” and “buffoons,” “game designers” along with the “International Literature Festival” in Berlin, which lacks any concept.

Steinfeld claims that the massive expansion of culture, a “culturalisation” in Germany since World War II and especially since the reunification of Germany in 1989-1990, has blurred the differences between various types of art. The coronavirus pandemic, according to Steinfeld, now creates the opportunity for a change.

One had to be clear: “What sort of art or culture do you want to promote—and why?” When the priority after coronavirus is to “save rigorously” and there are struggles over distribution involving “thousands and thousands of institutions, projects and freelancers ... for dwindling financial resources,” one will have to introduce “criteria for the granting of subsidies” as was the case with the aid package introduced by the European Union. In any event, Steinfeld concludes, one should arm oneself “with good arguments for the right time.”

The phrase “restart culture” sounds like a threat here. Should art be promoted only if it is pleasing to the aspirations and interests of rich elites? Or, as the Hamburg cabaret artist Lutz von Rosenberg Lipinsky put it, only so-called high culture?

Hand in hand with an economic, foreign and defence policy increasingly pursuing the goal of creating a well-armed German superpower and a domestic policy assuming increasingly authoritarian forms, artistic freedom is also under threat.

Many creative initiatives that benefit broad sections of the population and youth could soon be deprived of public funding; the danger is a return to the two-tier culture of the 19th century, which reserved education and the enjoyment of art almost exclusively to the upper class. Young, critical and nonconformist artists and their works could be banned from cultural life, as took place under the Nazi dictatorship.

As the WSWS stressed at an online forum on March 29, the coronavirus pandemic has revealed not only the economic, social, and political bankruptcy of capitalist-based society, but also its cultural and moral bankruptcy.

Letters on Arts and Culture